Report Greece
Former Olympics venues at Elenikion airport, on the outskirts of Athens, now used as a formal camp for refugees. 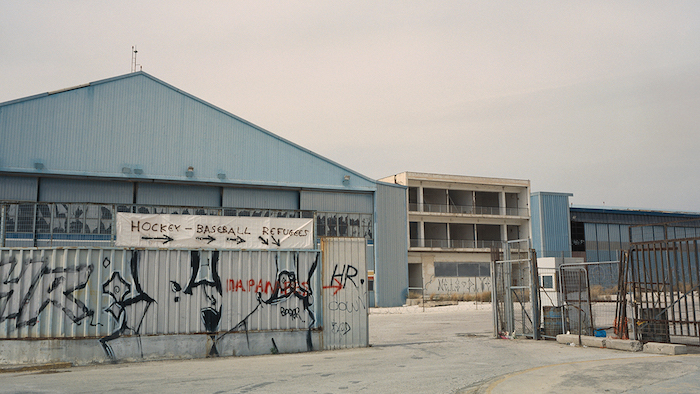 Why refugees don’t want to resettle

Many of the refugees expelled from the makeshift camp of Idomeni, near the Macedonian border, refused to be resettled in the facilities set up by the Greek government. We give eight reasons behind this choice.

Phil Le Gal  | Former Olympics venues at Elenikion airport, on the outskirts of Athens, now used as a formal camp for refugees.

The makeshift refugee and migrant camp in the Greek village of Idomeni, near the Macedonian border, was evacuated at the end of May. Most of its 10,000 occupants have been transferred to other, supposedly better organised camps in Greece or have settled in rented homes. But many of them decided not to resettle and to set up their tents in new locations, on the outskirts of the Athens-Thessaloniki road.

The most common reason invoked for refugees in Greece not wanting to move from the illegal camps where they have lived for months to government holding centres is that they want to stay close to the borders in case they open and can be crossed. This has been the main reason why three months ago they stationed themselves close to borders in villages such as Idomeni, situated a mere five kilometres from the entry point of Gevgelija in Macedonia.

However, three months have passed since then, and many of the refugees have lost hope that the borders will ever open to them again. Yet, despite the harsh living conditions they still prefer to stay where they are rather than going to official camps because:

It is fear of the unknown conditions that await them elsewhere, particularly in light of the conditions they have found on arrival being far below their expectations and, for a large number of people, their struggle for refugee status. It may be that some of these fears, doubts and apprehensions are groundless and unjustified. Except for a limited number of media, some medical staff and some officials, very few people have ever visited any of these government camps.

What refugees know about the camps comes from people who have moved back to open camps, sometimes after just a few days. The only other available sources of information include the channel News That Moves which try to dispel false rumours and to provide objective and verified information and the Facebook page of Are You Syrious, a Serbian-based organisation.

In its defence, the Greek Asylum Service announced in mid-May that it is developing an app for mobile phones that will help disseminate information about the asylum process in Greece. According to News that Moves, researchers of the Department of Informatics and Telematics of the Harokopio University in Athens are developing the software, which will be launched at the beginning of July.

Meanwhile, Greece’s Migration department should probably try to communicate better. It should explain to refugees where they are being taken and what is waiting for them there; describe what facilities and services will be available; make sure that family, relatives and friends are kept together. Spending more on communication may be more efficient and less costly than sending hundreds of policemen in riot gear to evacuate people and to have a helicopter circling the camp for hours.

This story has been published in partnership with The New Continent, a slow journalism, long term project and collaborative platform with the aim to document the stories of people living within or outside Europe’s Schengen borders. The project has been initiated by French documentary photographer Phil Le Gal.