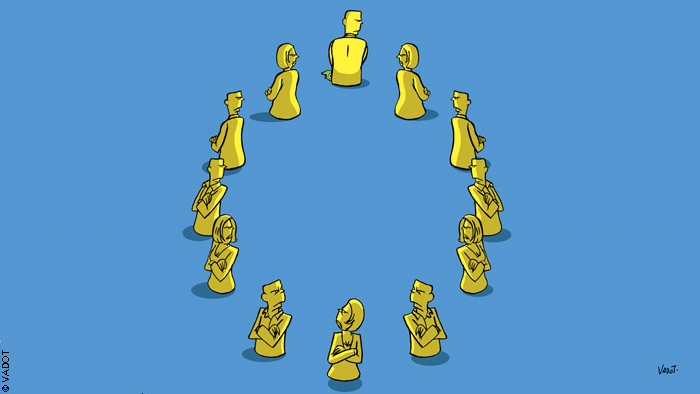 Will the EU end up like Yugoslavia or the USSR?

Rising inequality, extremism and intolerance threaten the very foundations of the European integration, writes John Feffer in Le Monde diplomatique. Feffer, the director of Foreign Policy in Focus, warns that the European Union “could well follow the Soviet Union and Yugoslavia into the waste bin of failed federalisms” if it succumbs to the fractious impulses currently rocking the continent.

Feffer argues that Europe was set to succeed after the Cold War where other major powers had failed, providing a model for social cohesion, growth with equality, and the rule of law. Although the EU has achieved much since then, its once dominant blend of market liberalism and regional integration has fostered major opposition. For Feffer, Europe now finds itself in an age of extremes, with potentially far-reaching consequences —

Another continent-wide war may not be in the offing, but Europe does face the potential for regime collapse: that is, the end of the Eurozone and the unraveling of regional integration. Its possible dystopian future can be glimpsed in what has happened in its eastern borderlands. There, federal structures binding together culturally diverse people have had a lousy track record over the last quarter-century. […] Europe as a continent will remain, its nation-states will continue to enjoy varying degrees of prosperity, but Europe as an idea will be over. Worse yet, if, in the end, the EU snatches defeat from the jaws of its Cold War victory, it will have no one to blame but itself.

The EU itself is at fault, Feffer claims, because its neoliberal policies in the period following the Cold War have failed to address social and economic divisions satisfactorily. Where Germany allowed itself to run up a large deficit to develop the former GDR, the default economic policy espoused by the EU has been fiscal prudence at the expense of growth, “one course of “shock therapy” after another” for other EU members at risk of defaulting. The result is a shift from a Europe with no alternative to neoliberalism, to a Europe in thrall to extremists, who demand an end both to the EU’s economic policy and to European integration as a whole. Viktor Orban, Hungary’s self-declared “illiberal” prime minister, is a case in point. Such existential threats to the European project require concrete political action —

Unity in diversity may be an appealing concept, but the EU needs more than pretty rhetoric and good intentions to stay glued together. If it doesn’t come up with a better recipe for dealing with economic inequality, political extremism, and social intolerance, its opponents will soon have the power to hit the rewind button on European integration.