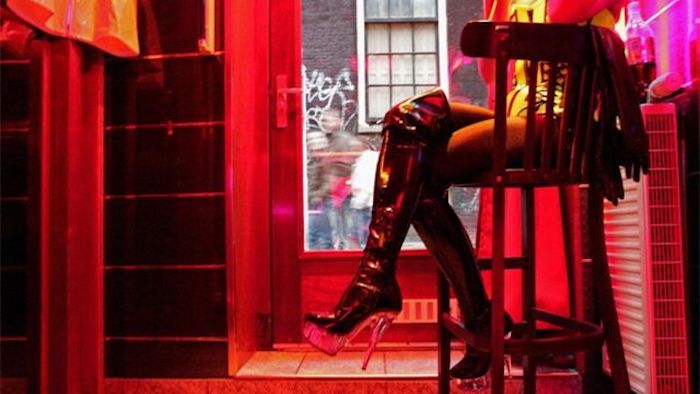 Women are the first victims

Trafficked women in EU countries most commonly end up in sexual exploitation. And Member States’ different legal processes and legislation are not helping to combat this evil.

The phenomenon of people trafficking refers to various forms of exploitation, such as work in forced occupations like begging, slavery or practices similar to slavery – servitude, forced criminal activities, or organ extraction. But it is something that particularly impacts women, above all through their sexual exploitation. In fact, women and girls make up as much as 80 percent of the victims of human trafficking.

According to data published by the European Commission in May 2016, more than 15,800 people were victims of human trafficking in the European Union between 2013 and 2014, of which 76 percent were women and 21 percent were minors. 67 percent of human trafficking cases were for sexual exploitation, with 21 percent for labour exploitation. The data show the majority of identified victims and traffickers in the EU are themselves European citizens.

The EU has an internal strategy for eradicating human trafficking that was developed between 2012 and 2016. It sets out 40 different anti-trafficking measures and establishes an EU coordinator to monitor their development.

On the EU Anti-Trafficking Day on 18 October, the European Parliament released a statement describing the scale of this global phenomenon. This document states that more than 20 million people around the world are victims of trafficking. It claims trafficking is “a very lucrative criminal activity” within the EU. The EU countries most affected are Romania, Bulgaria, the Netherlands, Hungary and Poland.

Human trafficking also spans questions of security and judicial cooperation, notes Mirentxu Jordana Santiago, professor of the Autonomous University of Barcelona. In a study on the matter she claims the protection of trafficking victims in the EU “still suffers from a number of weaknesses”. This is because “the multilateral dimension of human trafficking makes the task of national authorities more difficult. Prosecutions are often limited and partial, making it harder to punish these crimes,” she argues.

Sexual exploitation is the fate of a majority of trafficked women. According to a report requested by the European Parliament itself, one in seven prostitutes in Europe is a victim of human trafficking. This figure is based on the most conservative estimates, which reach up to 60 or 70 percent in some countries – indicating a majority of the prostitutes there are immigrants. “Studies confirm a direct relation between liberalising the prostitution market and a rise in human trafficking related to sexual exploitation.

This liberalisation does not make it easier to combat trafficking through the legal system,” the study claims. It adds that “Member States apply different prostitution regimes that can be broadly aligned with abolitionist or regulationist approaches. However, it is questionable whether this categorisation is actually useful for evaluating success in the fight against human trafficking in the sex trade.”

It is clear the question of sexual exploitation and prostitution is approached very differently in Member States, from the regulatory regime practiced in Germany or the Netherlands, which according to the report “increase the flow of trafficked women for sexual exploitation”, to abolitionist models like in Sweden, which is the only country to criminalise prostitutes’ clients and which “seems to have effectively reduced demand and dissuaded traffickers”. It is a broad range that does not help the implementation of common policies to EU Member States, and as such it hinders their effectiveness.

This is the line taken by expert Miriam Benterrak, a technical advisor in the Government Delegation for Gender Violence in Spain, who argues that “from the point of view of European politicians, trafficking needs to be addressed, but there is no commonly agreed definition of sexual exploitation”. Benterrak adds “the European Parliament, beyond its legislative activities, has decided to promote other incentives to generate a shift in opinion or some impact on the debate where there is currently no international consensus. Countries have very different regulations despite the fact prostitution is the key industry prompting trafficking for sexual exploitation.”

This article has been produced within the project The Parliament of Rights, co-funded by the European Union. The contents of this publication are the sole responsibility of VoxEurop and its partners and can in no way be taken to reflect the views of the European Union.

The 2011 Directive is the EU’s core legislative text on the prevention and fight against human trafficking and on the protection of its victims from a gender perspective. It provides a holistic perspective (prevention and prosecution of the crime, protection and support for the victims, cooperation) and obliges all countries to adapt their legislations to a number of shared criteria (range of prison sentences, minimum standards for assistance and protection of victims, child victims, monitoring and remission of information).

In February 2016, a report was published by MEP Catherine Bearder from the ALDE group. The report recognises this trafficking as specifically gender based and calls for this dimension to be taken into consideration when applying EU legislation against human trafficking generally. It also recalls that the Directive “stresses the need to adopt a gender-based perspective with respect to human trafficking,” urging Member States to develop “specific strategies to reduce demand for trafficking linked to sexual exploitation” and to treat it as “a form of violence against women.” And it calls on the Commission to “present a legislative proposal on violence against women to include human trafficking.”

Throughout 2016, MEPs have had the opportunity to evaluate the legislation to combat human trafficking and they have recommended various methods to improve the situation in two resolutions adopted in May and in June. MEPs used both occasions to highlight that the EU’s legal and political framework recognises trafficking is a specifically gender-based phenomenon and to call on Member States to adopt specific methods to tackle it. The Parliament also underlined the necessity of a gender-based perspective for four key strategies: prevention, judicial prosecution, victim protection and multi-level coordination.