Analysis Cas Mudde on what's next for 2021 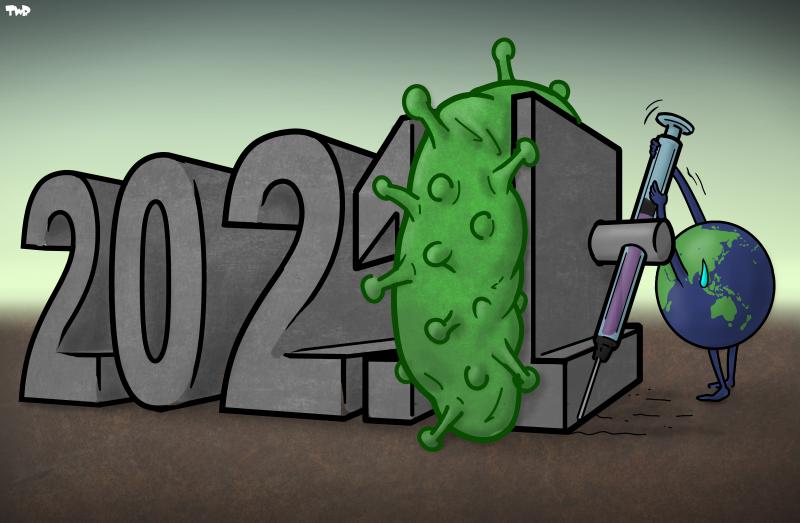 Analysis Cas Mudde on what's next for 2021

What can we expect after such a terrible year as 2020? Most people, elites and masses alike, simply crave “normalisation,” i.e. a return to a past which looks much better in hindsight than it was experienced at the time. In that sense, the bar is low, perhaps even too low.

For Europe, 2021 will be the year of “posts”: post-Brexit, post-Trump, post-Covid-19, but also post-Merkel. It is a year to shape the legacies of two anni horribili, 2020 and 2016, to create a new normal, and to finally look forward again.

2020 was started with Brexit and ended with Brexit, after having been largely pushed out of the news cycle by the covid-19 pandemic and US elections for most of the year. Just before Christmas the European Union (EU) and the United Kingdom (UK) finally came to an agreement, preventing an increasingly feared, and threatened, “No Deal Brexit.” As both sides have declared themselves the winner, and most pundits have remained loyal to the “Brexit is a loss-loss narrative,” European politicians can finally move beyond the never-ending saga. Sure, there are almost as many important issues left open as closed, but the UK is no longer part of the EU.

Most people, on both sides, had moved already. Even before 2020 they had accepted Brexit, whether they liked it or not, and focused on more concrete issues, from education to housing, and then public health. In Britain, Prime Minister Boris Johnson will claim to have delivered his election promise, as Labour will continue to struggle to find a coherent, let alone popular, position on Brexit. But soon the costs will become clear to the British people, even if some can be camouflaged by covid-19, and particularly regional issues will take center-stage.

First and foremost, the Scottish elections of May 2021 will keep Brexit high on the agenda, as the Scottish National Party (SNP) of popular First Minister Nicola Sturgeon will fight the elections on the basis of a second Independence referendum, promising an independent Scotland within the EU. Second, the relationships between the Catholic and Protestant communities in Northern Ireland, as well as between Ireland and the UK, will be tested, as no one really knows what the EU-UK Agreement of 2020 means for the Good Friday Agreement of 1998. And, third, this year will show whether the newfound love for the Conservative Party of England’s North, won with the promise of Brexit, is resistant to the reality of Brexit.

In addition to working out the (many) last details of its agreement with the UK, the EU will also have to start rethinking its relationship with the island state. It has to start moving beyond the view of the reluctant, and even “ungrateful”, member and develop some kind of new relationship based on mutua…