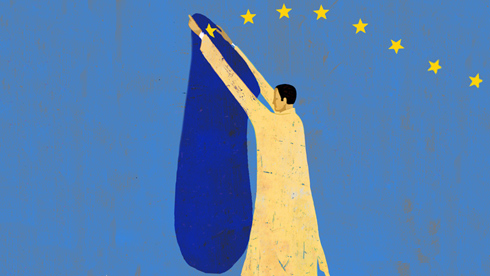 A crisis of democracy as much as finance

The spirit of dictators like Nicolae Ceauşescu is finding new life in the response of the European elite to the eurozone crisis, says Slovenian thinker Slavoj Žižek. The same distrust of democracy that once constrained the developing or the post-communist countries is now gaining ground in Europe.

In one of the last interviews before his fall, Nicolae Ceauşescu was asked by a western journalist how he justified the fact that Romanian citizens could not travel freely abroad although freedom of movement was guaranteed by the constitution.

His answer was in the best tradition of Stalinist sophistry: true, the constitution guarantees freedom of movement, but it also guarantees the right to a safe, prosperous home. So we have here a potential conflict of rights: if Romanian citizens were to be allowed to leave the country, the prosperity of their homeland would be threatened. In this conflict, one has to make a choice, and the right to a prosperous, safe homeland enjoys clear priority …

It seems that this same spirit is alive and well in Slovenia today. Last month the constitutional court found that a referendum on legislation to set up a "bad bank" and a sovereign holding would be unconstitutional – in effect banning a popular vote on the matter. The referendum was proposed by trade unions challenging the government's neoliberal economic politics, and the proposal got enough signatures to make it obligatory.

The idea of the "bad bank" was of a place to transfer all bad credit from main banks, which would then be salvaged by state money (ie at taxpayers' expense), so preventing any serious inquiry into who was responsible for this bad credit in the first place. This measure, debated for months, was far from being generally accepted, even by financial specialists.

Slovenia may be a small country, but this decision is a symptom of a global tendency towards the limitation of democracy. The idea is that, in a complex economic situation like today's, the majority of the people are not qualified to decide – they are unaware of the catastrophic consequences that would ensue if their demands were to be met.