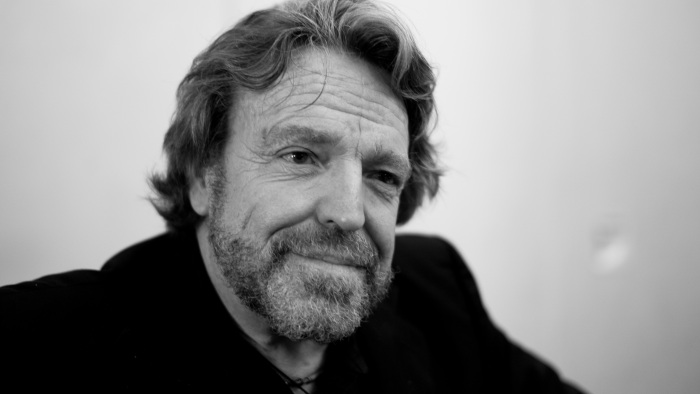 A new Declaration of Independence of Cyberspace

"A Declaration of the Independence of Cyberspace", published in February 1996, was a defiant denunciation of state interference in the new freedoms of the internet. As a tribute to its author, John Perry Barlow, who died on 7 February, a French academic has written an updated version of the declaration. In 2018 governments continue to threaten online liberties, and there is a pressing new menace: the stifling algorithms and walls of the giant internet companies.

John Perry Barlow (1947-2018), author of the original Declaration of Independence of Cyberspace.

It is error alone which needs the support of government. Truth can stand by itself. — Thomas Jefferson, Notes on Virginia

Platforms of pastel hues and color-coded logos, you weary giants of bronze TOS and steel algorithms, I come from a previous age of the internet, where we did not have "accounts" but pages, where everyone could have an address and was not forced to dwell, by habit or lassitude, under the same big blue F which adorns your walled garden and to live in this false proximity you have so vaunted to us and which is chiefly a toxic form of promiscuity.

In the name of the present which you have instituted, I ask you, you who are now of the past, to leave us alone. You are no longer welcome among us. You have too much sovereignty for it not to be questioned at last, and abolished.

As governance you have only shareholders whom we did not elect but whose decisions today have more weight than elected governments. I declare the global social space that we are building to be naturally independent of the tyrannies you seek to impose on us. You have no moral right to rule us yet you now possess too many means of coercing us and you no longer hesitate to use them.

Governments derive their just powers from the consent of the governed. You have neither solicited nor received ours. We did not invite you. We were wrong to believe your promises. But you know us far too well, you measure us far too much, and you long far too deeply to predict our every act, feeling, and behavior. This will not suffice to know us in a real sense. The free-trade area of ideas does not fit inside the borders which your platforms have rebuilt in cyberspace. This space is an act of nature, a commons, and it grows itself through our collective actions.

Today you watch our great conversation, but the wealth you create, and the advertising model on which you prosper, are definitively and totally incompatible with the necessary ethics at the scale of the masses you reach and claim to serve. Your culture is not ours, and your unwritten codes create as much incomprehension and disorder as do your countless impositions.

You claim there are problems among us that you need to solve. And that there exists no problem that an algorithm or an application cannot solve. You use this claim as an excuse to invade our lives, our smartphones, our homes, our friendships. Many of these problems do not exist. Where there are real conflicts, where there are wrongs, we will identify them and address them by our means. We are forming our own social contract. This governance will arise according to the conditions of our world, not yours. Our world is different.

The internet consists of transactions, relationships, and thought itself, arrayed like a standing wave in the web of our communications, whose neutrality must be guaranteed but no longer can be by yourselves. Ours is a world that is both everywhere and nowhere, and today it is also one where bodies live.

Your platforms and algorithms are recreating a world where all the privileges and prejudices of race, economic power and military force are given new life.

Your platforms and algorithms are recreating a world where one can no longer express his or her beliefs, no matter how singular, without fear of being coerced into silence or conformity.

Your platforms and algorithms are redefining, to the sole benefit of themselves and their shareholders, the legal concepts of property, expression, identity, movement, and context, and making them unilaterally applicable to everyone.

Our identities on the internet have lost their former weightlessness, but you have ballasted them with so many useless kilos of recommendations, suggestions, prescriptions, that we now experience a form of physical coercion which limits our free will. We believe that from ethics, enlightened self-interest, and the commonweal, our governance will emerge. That this order can only be guaranteed by collective negotiation. The only law that all our constituent cultures would generally recognize is the Golden Rule [treating others as one would wish to be treated]. We hope we will be able to build our particular solutions on that basis. But we cannot accept the solutions you are attempting to impose. Because if your codes are to be law, we do not expect them to be made and applied anywhere except within a forum which is genuinely public and sincerely common.

In the United States you have recently undermined the principle of net neutrality, thereby repudiating your own constitution and insulting the dreams of Jefferson, Washington, Mill, Madison, de Toqueville, and Brandeis. These dreams must now be born anew in us.

Today you terrify your own children, because they no longer recognize the borders you erect in cyberspace, and because of each of these arbitrary market-subjugated frontiers makes us into foreigners to those on the other side of your data walls, whereas our dreams were simply of greater fraternity. Since you continue to fear us and we continue trying to escape from you, you have entrusted to your algocracies the parental responsibilities you are too cowardly to confront yourselves. In our world, all the sentiments and expressions of humanity, from the debasing to the angelic, are parts of a seamless whole, the global conversation of bits. We cannot separate the air that chokes from the air upon which wings beat.

In China, Germany, France, Russia, Singapore, Italy and the United States, you are trying to ward off the virus of liberty by erecting guard posts at the frontiers of your platforms. In effect you are placing yourselves outside of cyberspace. You have nonetheless managed, through cognitive-linguistic capitalism, to forfeit much of the freedom and much of the world we imagined would one day be blanketed in bit-bearing media.

Your increasingly totalitarian information industries are perpetuating themselves by proposing laws, in America and elsewhere, that claim to own speech itself throughout the world. These laws would declare ideas to be another industrial product, no more noble than pig iron. Art, history, the truths of peoples and of revolutions, nothing escapes the arbitrariness of your decisions, your tastes, your prudery, and above all your commercial and financial interests. In our world, whatever the human mind may create can be reproduced and distributed infinitely at no cost. The global conveyance of thought today requires other channels than those of your factories, other ambitions than those bounded by your yoke, other legitimacies than those of the rentiers and bankers of culture who are as much your mouthpieces as your servants.

These increasingly hostile and colonial measures place us in the same position as those previous lovers of freedom and self-determination who had to reject the authorities of distant, uninformed powers. We must declare our virtual selves, as well as our real ones, immune to your sovereignty, even as we continue to consent to your rule for the purpose of organizing your downfall. We will once again spread ourselves across the planet so that no platform or algorithm can arrest our thoughts.

We will create a civilization of the mind in a cyberspace which is once again open and decentralized. May it be more humane and fair than the world made by your ambitions and your terms of service. As citizens we went to sleep. You made us into passive users. Now we are waking up and preparing our exile.

A new regulation for Europe

On 25 May the General Data Protection Regulation (GDPR), which aims at "protecting and empowering all EU citizens data privacy and to reshape the way organizations across the region approach data privacy" will become enforceable, thus directly binding and applicable by the EU member states. It will replace the data protection directive of 1995.

The regulation was adopted on 27 April 2016 and intends to "strengthen and unify data protection for all individuals within the European Union (EU). It also addresses the export of personal data outside the EU, and to "give control back to citizens and residents over their personal data and to simplify the regulatory environment for international business by unifying the regulation within the EU." The biggest change to the regulatory landscape of data privacy comes with the extended jurisdiction of the GDPR, as it applies to all companies processing the personal data of data subjects residing in the Union, regardless of the company’s location. Previously, territorial applicability of the directive was ambiguous and referred to data process 'in context of an establishment'. Under GDPR organizations in breach of GDPR can be fined up to 4% of annual global turnover or €20 Million (whichever is greater). The conditions for consent have been strengthened, and companies will no longer be able to use long illegible terms and conditions full of legalese, as the request for consent must be given in an intelligible and easily accessible form, with the purpose for data processing attached to that consent.

Part of the expanded rights of data subjects outlined by the GDPR is the right for data subjects to obtain from the data controller confirmation as to whether or not personal data concerning them is being processed, where and for what purpose. Also known as Data Erasure, the right to be forgotten entitles the data subject to have the data controller erase his/her personal data, cease further dissemination of the data, and potentially have third parties halt processing of the data.

In 2019 GDPR will be flanked by the ePrivacy regulation, which will particularise and complement it as regards electronic communications data that qualify as personal data, such as the requirements for consent to the use of cookies and opt-out options. The scope of the ePrivacy Regulation will apply to any business that provides any form of online communication service, that utilises online tracking technologies, or that engages in electronic direct marketing. It will repeal the ePrivacy Directive.