After Mladic, the way is open

In arresting one of the generals responsible for the Srebrenica massacre, Serbian authorities have demonstrated their desire to close a dark chapter in their history. But several questions remain about Ratko Mladic’s flight from justice.

Serbian security forces have arrested Ratko Mladic at his cousin’s house, in Lazarevo, a village close to Zrenjanin in northern Serbia. More precisely, they arrested a citizen who presented himself as Milorad Komadic -- a detail that brings to mind the 2008 arrest of a certain Dragan Dabic, better known under the name of Radovan Karadzic.

With this latest initiative, Serbia has turned an important page in its history by separating itself - albeit slowly – from its warlike past. It is a past that no longer has any legal political heirs, but one which has claimed many victims and brought into existence a large number of executioners. And in so doing, Serbia has also settled its accounts with international justice. 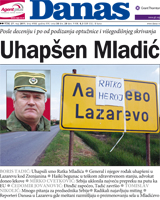 As this macabre saga draws to a close, many questions remain unanswered: Why did this story drag on for so long? Why was Mladic not brought to The Hague years ago? Why did previous governments fail to arrest him? And why did the “manhunt” or so-called “manhunt” always remain two or three days behind this fugitive from justice?

Who were the people at the highest level of the state and the army who helped Mladic for so many years? Will those responsible face charges? Were certain state institutions aware of Mladic’s whereabouts and thus engaged in secret bargaining and political calculations?

We might also wonder if there was any real political will to arrest Mladic and bring him before the International Criminal Tribunal for the Former Yugoslavia (ICTY) in The Hague during the mandate of previous administrations, and in particular under the government of Vojislav Kostunica -- and if this absence of "political will" represented a serious breach of the law, which should be the subject of criminal charges.

These are legitmate and important questions to which the current government will have to provide credible answers. That said, what’s important today is the initiative that brought an end to a long drawn out manhunt, an initiative that has provided Serbia with a major opportunity to escape a vicious circle.

It would be too easy if Mladic and Hadzic [the latest fugitive, who is also accused of war crimes] were the sole obstacle to Serbian accession to Euro-Atlantic institutions. But if this problem is not solved, there will be no substantial progress in this regard, all the more so in the context of a government policy on Kosovo that is once again in direct contradiction to the Serbia’s desire to join the European Union.

In any case, human nature is such that the errors of the past are quickly forgotten in the context of present day successes. In putting an end to Mladic’s flight from justice, President Boris Tadic and his coalition [led by the Democratic Party] have shown their determination to definitively turn over a new leaf. His arrest will also be a blow for the nationalist right, which will certainly protest against it. There will be a few demonstrations, but the story will stop there because Serbia no longer has political forces with the capacity to bring out the crowds for a “Serbian hero” like Mladic. 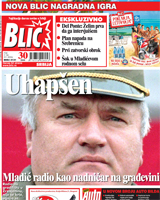 Let’s not forget that Karadzic was arrested on the eve of a split in the ultra-nationalist Serbian Radical Party. The new nationalist formation that resulted from this split, the Serbian Progressive Party, has flirted with pro-European ideas, albeit in a contradictory and haphazard manner, but to an extent that will preclude any desire for a confrontation with the international justice system.

Mladic’s arrest will also reinforce Serbia’s position in a region where its inability - or its reluctance - to respect its commitment to international justice was the country’s Achilles heel and an ideal pretext for its neighbours who also failed in this regard. Today, this issue has been resolved, and Serbia has almost reached a point where the 1990s have been set aside. I say “almost”, because only a definitive solution to the problem of Kosovo will put an end to that nightmare. The current government will miss out on a historic opportunity if it fails to steer Serbia out of this political rut. It is time to seize the day.