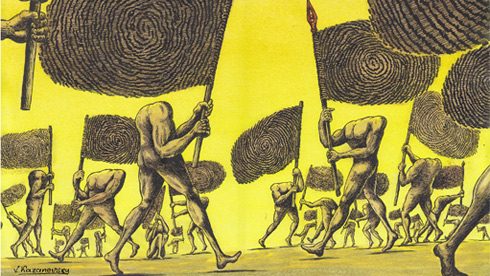 After the e-government, here come the e-citizens

After Estonia's efforts to push its government administration online, the country now plans to assign a digital identity to all its citizens. The goal? To help cement ties with business talent – both Estonians abroad and foreign expatriates with links to the east European nation.

To continue to move towards a true e-state, anyone who comes here should be given an Estonian digital identity. In other words, the state should ensure that Estonian citizens who have left the country or foreigners who have lived here for a short or long period continue to be linked to the country as e-residents. Estonia would thus gain credibility and attract investors.

This is not science fiction; the proof is already here. The founding documents of the e-Estonia are the identity card and a system for exchanging digital data, X-tee, have already been around for ten years. About 500,000 Estonians use their digital identity card as proof of identity or to provide a digital signature.

The rate of Internet use (78.6 per cent) in Estonia is one of the highest in the world. A skilled user can manage everything without leaving their computer or mobile phone. There is an e-police, e-health, electronic prescriptions, e-shops, e-payment, parking meters paid though the telephone, an e-commerce register...

For Mari Pedak, senior consultant at the e-Governance Academy, “It's time now for the State to make a new leap, because next to the physical state there has grown up a second state - the digital state.” According to her, Estonia should actively, even aggressively, sell its concept of “e-government”. Besides contributing to the country's reputation as an e-tiger, it would give work to the information technology sector.

Referring to the talents - domestic or foreign - that have left the country, Mari Pedak suggests, “Let's make sure they stay connected to Estonia. That'll help us increase the likelihood that they'll come back home one day, even if just for a while. Let's not let them forget Estonia,” she adds.

The e-Governance Academy wants to allow any foreigner arriving in Estonia legally to obtain a digital identity that gives immediate access to most digital services. “Expatriates who come here are more educated and earn more than the average person,” says its founder, Ivar Tallo. “Even if there aren't many of them, our banks and the telecommunications sector should be really interested in having them as customers.”

Today, officers or founding shareholders of national companies who live abroad cannot use our e-services because not all of them have an Estonian identity card. To open up the possibility of using e-services would also let a person be identified for security reasons.

“Not only that, but e-services could provide an incentive to invest in Estonia and boost confidence in everything to do with business. In the longer term, this would mean a real financial gain for Estonia, because more foreigners are likely to come if they see that procedures are facilitated through e-services,” says Mari Pedak.

According to Tallo, Estonia does not have much time to wait: once Germany will [also] generalise the use of the digital identity card, the reputation of e-Estonia will quickly disappear.

Categories
Social issues and inequalitiesSocietyThe media and freedom of informationEstonia