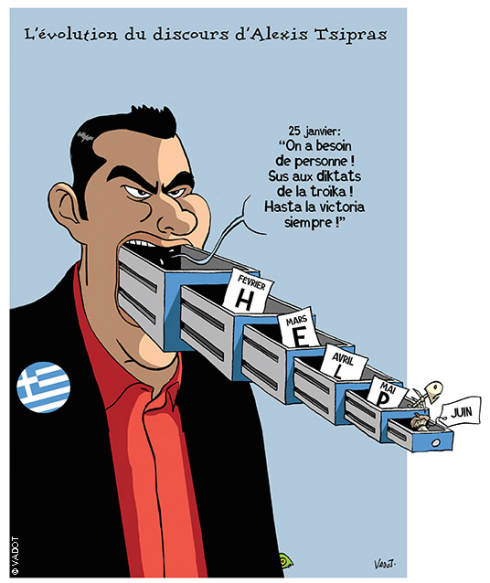 We don't need anyone! To hell with the Troika's diktats! Hasta la victoria siempre!

While the Greek government has announced that its coffers will be empty by mid-June and that it will no longer be able to pay its creditors, on 2 June Prime Minister Alexis Tsipras submitted a complete list of reform proposals to the Central European Bank (CEB), the European Commission and the International Monetary Fund (IMF). He has asked his European partners to accept the proposals in order to reach an agreement on the release of the next round of economic aid to Greece.

At the same time in Berlin, German Chancellor Angela Merkel, French President François Holland, Commission President Jean-Claud Junker, President of the European Central Bank Mario Draghi and President of the IMF Christine Lagarde met to discuss a joint proposal to Greece, a sort of “final compromise”, which is to be presented within the next few days.