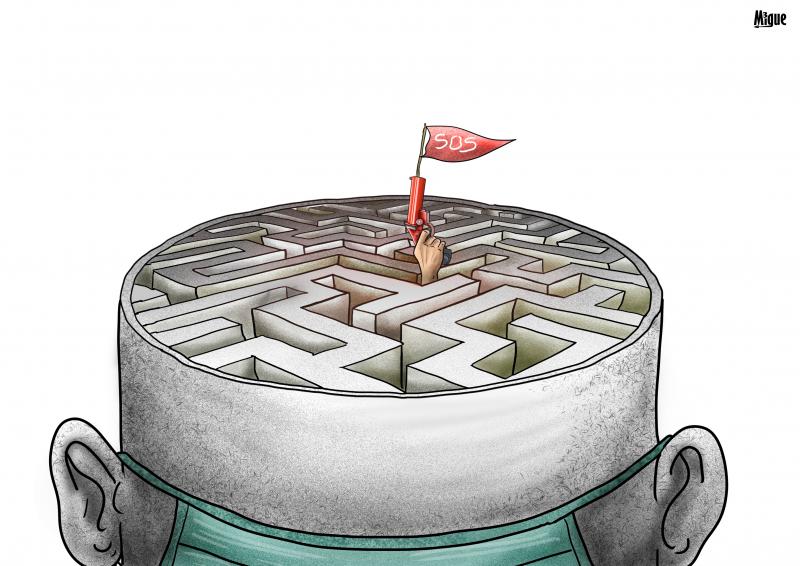 Thousands of people face anxiety, depression and insomnia every day. “Without treatment, I don’t think I would have managed to pull through,” says Maria, a Romanian mental health patient who prefers not to use her real name. Every year, more people in the European Union (EU) take antidepressants. The use of anti-anxiety medications, or anxiolytics, such as diazepam or lorazepam, which are better known by their brand names Valium and Orfidal, has also increased in countries including Spain, Italy, Croatia, and Slovakia.

👉Covid19, a mental pandemic: our articles

Since 2010, the growth in antidepressant use has been booming, while the number of people diagnosed with anxiety and depression has increased. In 2017, long before the COVID-19 pandemic, the countries with the highest known use of antidepressants, the United Kingdom and Portugal, prescribed more than 100 daily doses per 1,000 inhabitants . “This phenomenon could be explained by several factors: the increased prevalence of common mental disorders, antidepressant prescription over non-pharmacological therapies, growing access to antidepressants or low investment in therapeutic innovation,” wrote biomedical researcher Marta Estrela and colleagues in the International Journal of Environmental Research and Public Health.

However, although the use of antidepressants is worth watching, anti-anxiety medications are setting off even more alarms among mental health professionals. Portugal reappears at the forefront in the prescription of this type of medicine, but Spain and Croatia are close behind. For example: diazepam was the seventh most used medicine in Croatia in 2019 , ahead of ibuprofen, which came ninth. Anti-anxiety medications are often prescribed to treat insomnia and anxiety, but medical best practice is to limit their use, since they can become addictive. The data shows that many people ignore that advice. Estrela and colleagues wrote that these high numbers may be due to a “cumulative effect, revealing the existence of users who take anxiolytics for longer periods than prescribed.”

The problem of benzodiazepine abuse

Benzodiazepines are the most addictive anti-anxiety medications . “It is advisable not to extend your prescription beyond three weeks but there are people who have taken these pills three months or ten years: it is one of the most-consumed medicine. It would be better to take antidepressants, but people sometimes feel a stigma and say no to antidepressants, although it would help them more,” says Antonio Cano Vindel, psychology professor at the Complutense University of Madrid and president of the Spanish Society of Anxiety and Stress.

Women over 65 are the most common consumers of benzodiazepines to treat anxiety or depression, according to a study in the Lleida region between 2002 and 2015 . Another analysis carried out in five European countries reached a similar conclusion: the number of benzodiazepines prescriptions grow as patients age, especially among women. Although this is common, it is inappropriate. The use of benzodiazepines in people over 65 years of age “carries avoidable risks of cognitive deterioration and increased mortality from falls,” according to the Department of Health of the Generalitat de Catalunya .

The Netherlands took one of the most drastic measures to prevent long-term use of benzodiazepines. In 2009, it removed benzodiazepines from the list of reimbursable medications, so people there must pay for these pills out of pocket. This resulted in a “moderate reduction in the number of incident diagnoses and a reduction of initiation of benzodiazepine use in patients with newly diagnosed anxiety or sleeping disorders,” the WHO found.

In the absence of therapy, pills will have to do

“The prescription of these anxiolytics is essentially carried out in primary health care,” Estrela and colleagues wrote. Many anxiety and depression cases are treated by family doctors, who are a key link in mental healthcare. Primary care doctors, who have been warning for years about the increase in benzodiazepines use, are essential to reducing the use of benzodiazepines through communication with the patient, as indicated by recent research .

More : Students & Covid in Greece: ‘Tell me where all this ends’

“In terms of experiences and stories we’ve heard from different countries, there is a tendency to give people more prescriptions, often with good intentions, because of the limited time and resources,” says Marcin Rodzinka, spokesperson for Mental Health Europe. The pandemic confronted mental health systems with an unprecedented situation and many people in treatment with psychiatrists or psychologists stopped getting appointments or continued them via telemedicine, which does not work for everyone. In England alone, there were 235,000 fewer visits for psychological treatment between March and August 2020 than during the same period in 2019, according to the UK National Health Service. English doctors prescribed four million more antidepressant prescriptions in 2020 than in 2019.

Across Europe there has been an increase in medical prescriptions, and especially benzodiazepines prescriptions, since the beginning of the pandemic, the European Monitoring Centre for Drugs and Drug Addiction reports : “This may in part be explained by users wishing to combat the anxiety experienced in response to the COVID-19 pandemic and the resulting lockdown measures.”

The data on antidepressant and anti-anxiety medication usage come from the Organisation for Economic Cooperation and Development (OECD) database, with some caveats: In the case anti-anxiety medication use in Italy, the OECD numbers are abnormally low, so we sought confirmation from the Italian Pharmacy Agency . Their data differ from the OECD’s and we replaced the OECD data with it in our analysis. We also included the UK because our data only cover up to 2018, when it still belonged to the EU.

As it is explained in the OECD data methodology , information is hard to compare having into account the differences between the healthcare models and the way each country records the data. For example, Belgium and Hungary don’t have anxiolytic use data since it isn’t include in their reimbursement program. Regarding the data of consumption in Germany for both anxiolytics and antidepressants, it is only included patients’ use in the mandatory healthcare insurance. Sweden and Czech Republic’s data include also consumption in hospitals and out of pocket paid use.

We also searched for data on non-OECD EU countries. The only such dataset we found was from the Agency for Medicinal Products and Medical Devices of Croatia .

Finally, all the values in our dataset are Defined Daily Dose (DDD) per 1000 inhabitants, which is the most appropriate in this context, according to the WHO. You can download the data used for the report here for antidepressants and here for ansiolytics. If you find any errors, write to contacto@civio.es

You can unsubscribe at anytime *
Categories
Covid-19HealthSocietyCroatiaItalyNetherlandsPortugalSlovakiaSpainUnited Kingdom 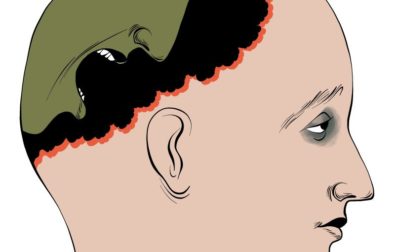 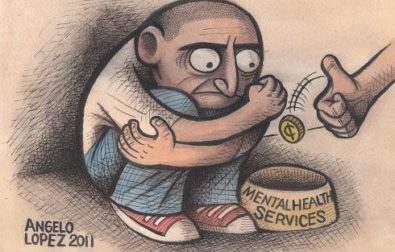 The pandemic has caused a tsunami in mental healthcare 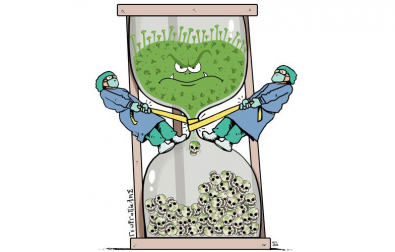 The pandemic exposes the nursing shortage in southern Europe