Report Young people and the pandemic 2/2 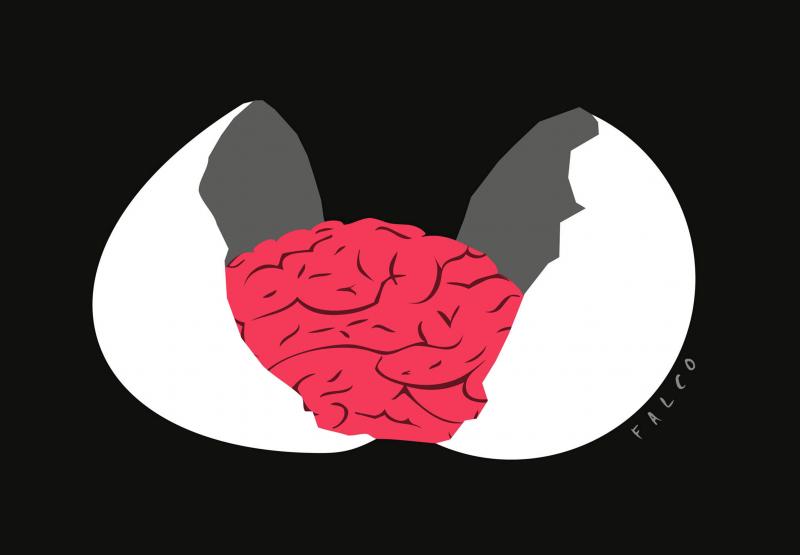 Report Young people and the pandemic 2/2

Young people and Covid-19: how has the pandemic affected their mental health?

For almost a year now, the majority of European countries have been submerged by the pandemic. All too cautious, national governments have continued to modify their roadmaps in the hope of keeping their economies and citizens afloat. As endlessly remodeled rules were rolled out, young people became a convenient scapegoat throughout European society. But, with closed colleges, virtual courses, deferred exams, and internship and job cuts, how are Europe’s youth actually handling this unprecedented crisis?

In France, the students are troubled

According to a survey of 45,000 students conducted by the National Observatory of Student Life, 31 percent of respondents showed signs of psychological distress during the first period of lockdown in France, from March 10 to May 11 2020. Among the respondents, 11.7 percent claimed to have had suicidal thoughts, as opposed to 7.6 percent of the remaining population.

We discussed these figures with Florian Tirana, president of Nightline France, the helpline established in 2017 and run by students to provide emotional support to their peers. According to Tirana, both lockdowns led to a significant increase in calls received by Nightline teams: “we quickly reached saturation point in terms of the number of calls we were able to deal with”, Tirana declares.

Leading the list of concerns most frequently broached during these calls are loneliness, relationship problems and career prospects. Are these fears specific to the Covid crisis? Not really, says Tirana. “Psychological distress has always been an issue among students. Looking at the figures from 20 or 30 years back, one third of students were already experiencing psychological distress”.

While French students seem to have always been prone to despair, this has only been exacerbated by the lockdowns. “When, in adulthood, you find yourself locked inside for weeks with your parents, friction is never far away”, says Tirana.

Among the most common reasons for calling Nightline France, fears concerning the future are second from the top. “What will my future be when I’ve finished my studies? How will I find an internship?” These are the kinds of questions that have congested the lines of Nightline France. To address these anxieties exacerbated by the pandemic, the association recently launched a platform identifying all the services available to students experiencing distress.

Marion is 24, and currently in Berlin for her third semester in International Finance. The end goal of taking this course, typically chosen by students with a gift for languages, is to be able to move with ease through the world of international business. The centrepiece of such training is the development of linguistic skills during a three-month internship abroad.

However, the health crisis has forced many institutions to scale back their international outreach. While Marion and her peers have mostly managed to find the internships necessary to obtain their qualification, the majority of institutions receiving these students are in no position to respond to the needs of these future financial specialists. The international dimension is missing, projects lack connection to course content, tasks are typically accomplished remotely: these internships, intended to adjust young people to the world to which they aspire, do not meet their needs.

In Austria and Italy, inspiration at half-mast

Peter (22) and Heidi (19) study musical composition at KUG, the university of music and performing arts in Graz. At the start of November, the institution closed its doors and made all of its courses remote. For Peter, currently completing his fifth semester, this shift to completely virtual tuition has been a “violent change”.

Among the major challenges brought about by remote learning, Peter cites the difficulty of remaining focused. “After two hours of an online seminar, my concentration already starts to falter”. This feeling is shared by recent graduate Heidi, who, despite her commitment each morning, confesses that her concentration has become gradually weaker.

Both students feel overcome by doubt. “Will a degree via Zoom have the same value as a degree obtained by more traditional means?” asks Peter. “Does distance learning give me the rich, demanding training I expect?” asks Heidi.

Another element lacking in the remote learning experience in creative fields is emulation. “Our field requires a lot of creativity, and inspiration feeds on communication between students”, says Peter. The same frustration is also mentioned by Marcella (25), an architecture student in the University of Naples, which has been closed since March. Deprived of access to study rooms and libraries, students struggle to complete group projects which count towards a large part of their final marks, and constitute the backbone of every architecture course.