Ideas Archipelago USSR | Ukraine
Kiev, 24 August 2020. At the March of the defenders, on the occasion of the 29th anniversary of Ukraine’s independence. | Photo: Photos123 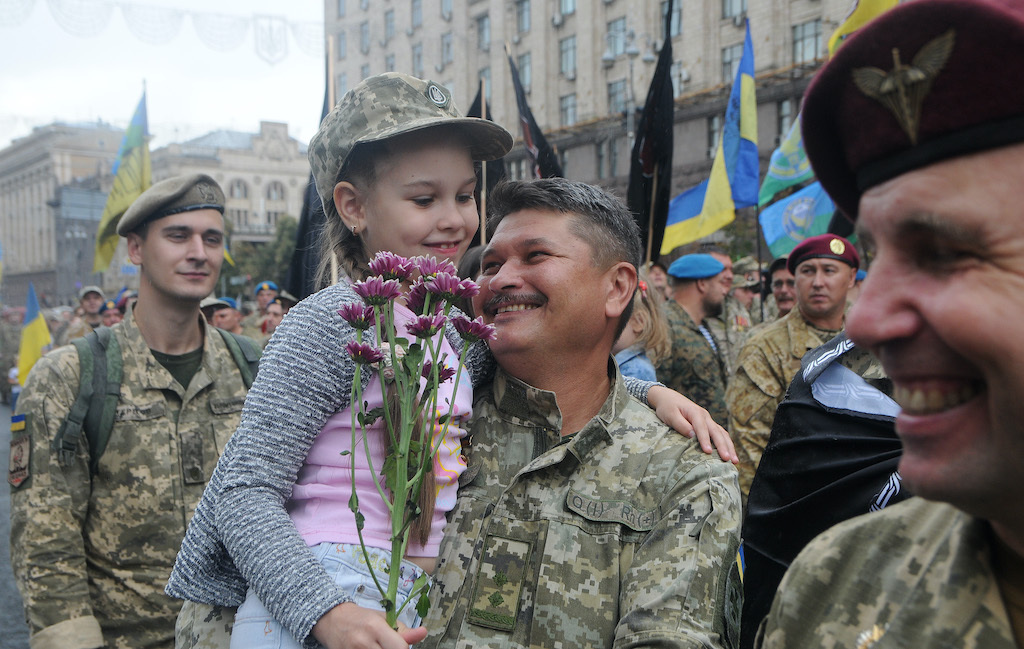 From the USSR to Maidan, a corridor of memories

Essayist Kateryna Mishchenko was seven when Ukraine became independent and 30 when the pro-European protests on Maidan Square triggered the war against Russia that continues to this day. Since then, she says, her Soviet past is not merely a backdrop, but an enemy whose legacy is still omnipresent. This is the second article from our series on the 30th anniversary of the breakup of Soviet Union.

Kiev, 24 August 2020. At the March of the defenders, on the occasion of the 29th anniversary of Ukraine’s independence. | Photo: Photos123

If I cast my mind back, I imagine my memory bank as a dormitory, and myself as someone wandering the corridor, the rhythmic pattern of my steps a permanent auditory backdrop that you stop noticing over time. Perhaps the dormitory became a warehouse of sorts for me because I lived in one when I was a young child, and now I can’t rid myself of that place. And maybe this spatiality from my childhood determines how I continue to situate memories: it’s where I collect the stories overheard from behind the doors of various rooms.

I was six years old when I got my first taste of Soviet social institutions’ brutal nonchalance towards pain: after I pleaded with her for a long time, my mother offered to pierce my ears – at home. I ecstatically agreed. She poured alcohol into a saucer, set it on fire, and held a huge “gypsy” needle up to the flame for a while, then pierced my first ear and put a little gold heart-shaped earring in it. It was so painful that I wailed and ran to the refrigerator at the other end of the room, categorically refusing to continue. My mother and sister tried to convince me to keep going, arguing on behalf of what was “normal,” that it wasn’t nice for a girl to go around with one pierced ear, like a pirate. I had to come back and endure the horrible procedure. The second ear, where a golden heart appeared after my protest was “suppressed,” ached and oozed for a long time. That’s how 1990 began for me.

Until 1991 we lived in the railway workers’ dorm right next to the train station in the city of Poltava; we were just about to move into a three-room flat in a new bedroom community, where my father had been one of the construction workers. My father was actually a communications engineer, but a few years earlier he had started working a “second shift” in construction; there was a social program that offered housing to construction workers. One of the images seared into my mind from that time is of my father sleeping.

My sister and I were ordered to keep quiet while we were at home, so that my father could get some sleep. There was something ritualistic in this respect for his rest – as if we were preserving the inviolability of his private space while he recovered from the intensive expenditure of his strength and time. He spent his time so furiously that it seemed he already had one foot over there, in the future that was just about to begin: we would move to a new house, I would start school, and everything would be different.

Somehow the news of Ukraine’s independence made it even to my politically insensitive seven-year-old ears. I remember that my father and I were walking down the street, away from the sound of passing trains, and I asked: “Is it a good thing that Ukraine is independent?” My father answered, “Yes.”