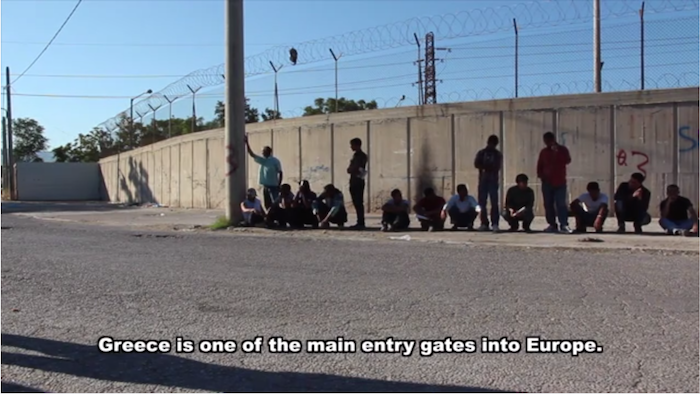 “Athens threathens to let illegal immigrants go through”, headlines De Volkskrant. According to the Dutch newspaper, the left-wing government of Prime Minister Alexis Tsipras has begun to modify the Greek migration policy: one of the changes would be the creation of a symbolic “gap” in the four-metre-high fence between Greece and Turkey, built in 2012 with EU money to keep out illegal immigrants. Athens also wants to close the detention centres.

The first steps are already being taken by the government, writes Trouw: every day, around 30 asylum seekers, mainly refugees from Asia and the Middle East, are released from detention centres.

Human rights organisations are “pleased” with the “more humain policy” of Tsipras and his Alternate Minister of Immigration Policy, Tasia Christodoulopoulou, a former human rights activist. However, Europe is very worried since “most refugees don’t want to stay in impoverished Greece, where it is hard to build a new life. As soon as they get the chance, they travel to richer EU countries,” writes Trouw.

According to De Volkskrant, the Greek government uses the immigration issue to put pressure on Brussels —

Athens wants more help from Europe to receive and dispatch migrants over Europe. “Since the Europeans have no understanding of the issue, we can violate the Schengen agreements and provide papers to 300,000 migrants who can then go all over Europe,” already threatened Alternate Minister of Public Order and Citizen Protection Yiannis Panousis in an interview.

The issue will be discussed by EU justice and interior ministers in Brussels on Thursday.