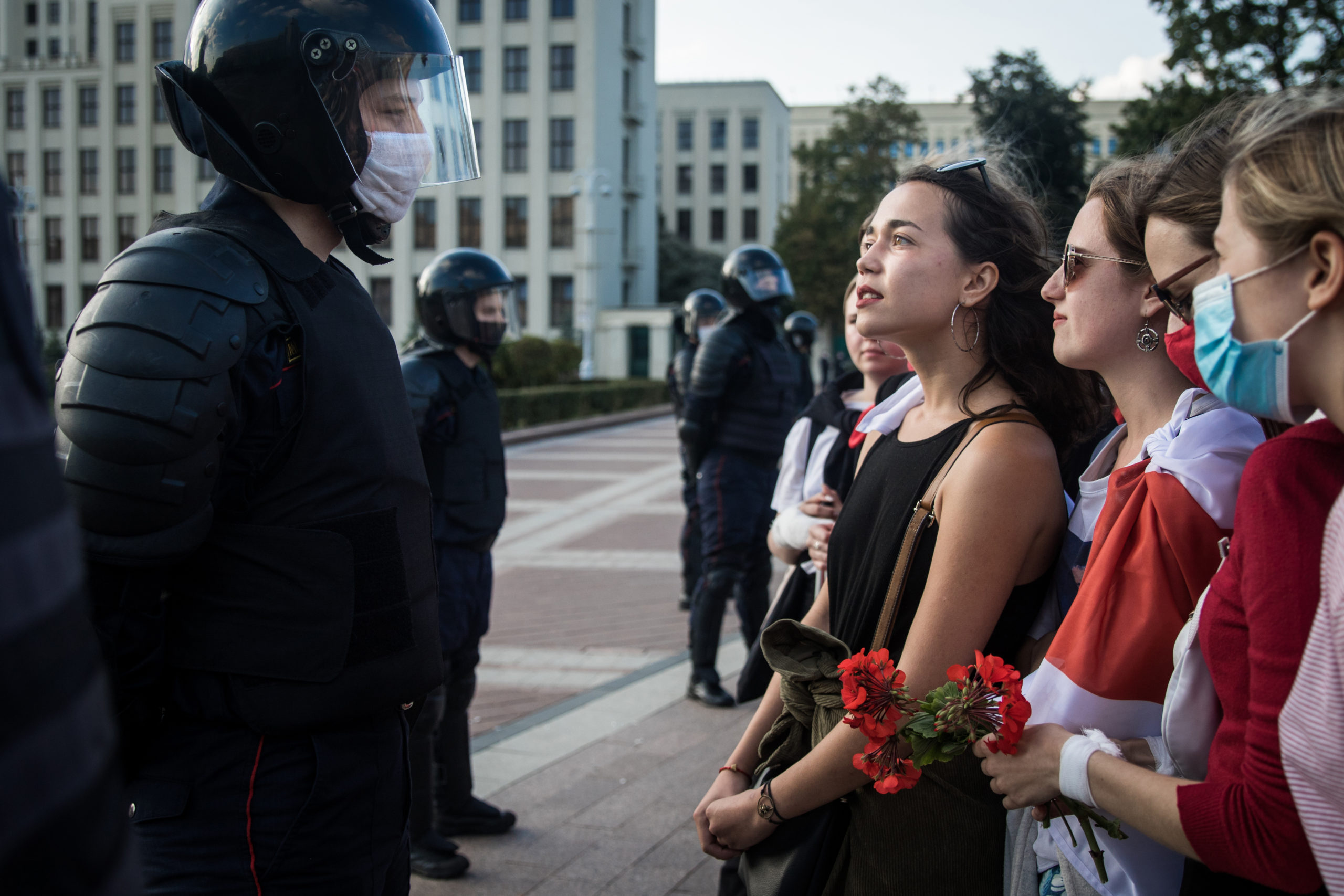 In Belarus, democracy is female

Organised by two Belarusian activists, the exhibition “Democracy has a woman's face” gives voice to the peaceful and democratic protests in Belarus, led mainly by women. Similar exhibitions have already taken place in 13 cities around the world, and are now about to arrive in Brasilia. Here is a selection of the photos displayed.

To give voice to the peaceful and democratic protests in Belarus, particularly by women. And to denounce the continuing brutal repression by the Lukashenko regime, which recently culminated in the scandalous arrest of a dissident journalist.

These are the objectives of the exhibition “Belarus: Democracy has a woman’s face” that two Belarusian activists, Olga Aleszko-Lessels and Anastasiya Golets, and myself, intend to organize in Brasília. It will be curated by Italian photographer Luca Bonacini.

More : Children of the Belarus dictatorship

The first of its kind in Latin America, the exhibition – interactive, based on photography and video – builds upon a global movement that has already involved 13 cities, including Paris, Berlin, San Francisco and Tokyo.

The peaceful protests for democracy in Belarus, considered the last dictatorship in Europe, started in August 2020. At its heart stood a massive movement of women, who dressed in white and took to the streets asking for an end to violence and to the excessive 26-year reign of Alexandr Lukashenka, who before the presidential elections declared: "Our constitution is not made for women"...

The non-violent movement was followed by brutal repression. There were mass arrests of protesters, torture, threats, and intimidation. Some activists sadly even disappeared. The independent press has paid a heavy price, with over 30 journalists arrested. And this is the only country in Europe with the death penalty still in force.

More : “In Belarus, we are already living in a new society”

The photos are by Belarusian photographers who asked to remain anonymous to protect their safety.. Their work illustrates how peaceful the movement is, and shows how a person can go to prison simply just for marching in the street with a flower in their hands.

The purpose of this exhibition is to draw the international community’s attention closer to the current reality of Belarus. But it also aims to spotlight fundamental issues such as democracy and the defense of basic civil rights. From the perspective of a country where they are trampled on a daily basis, the work of these photographers shows that freedom and democracy must never be taken for granted.

It is particularly important for the exhibition to be held in Brazil, where currently there is popular agitation in favor of closing the Congress, and calling for military intervention.

To fund the exhibition, I have launched a crowdfunding campaign on Kickstarter. You can support it here.

Under the direction of Constance Decorde. 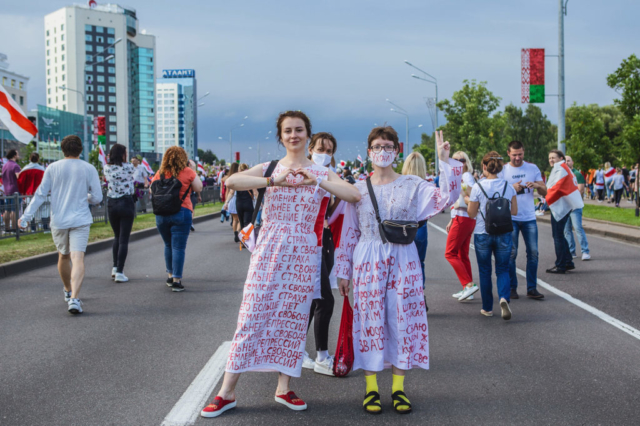 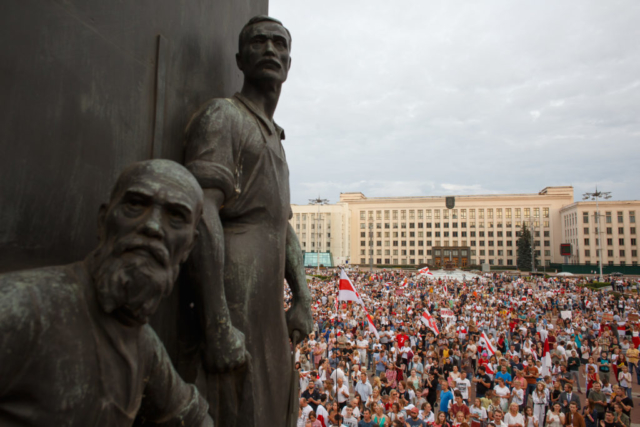 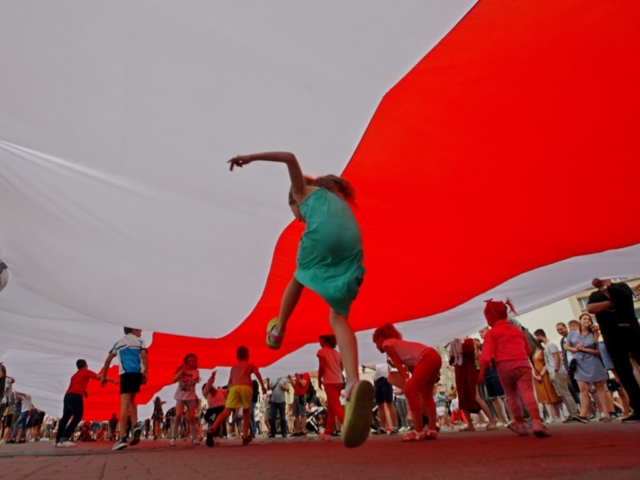 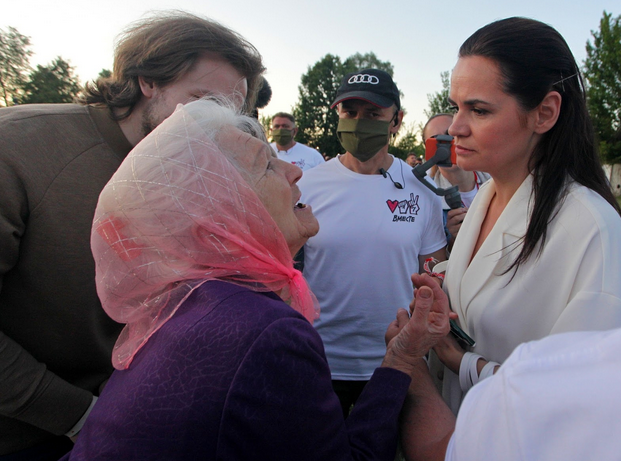 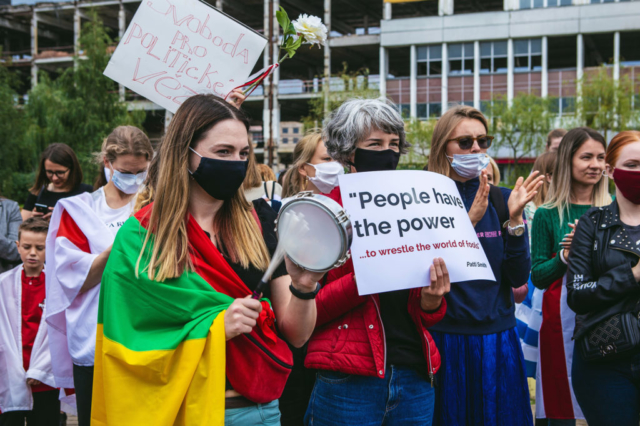 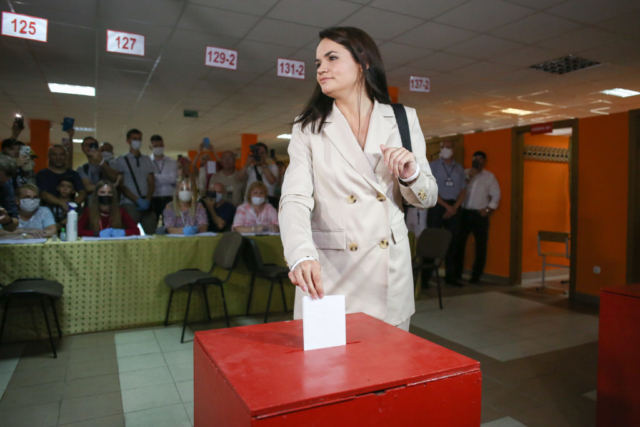 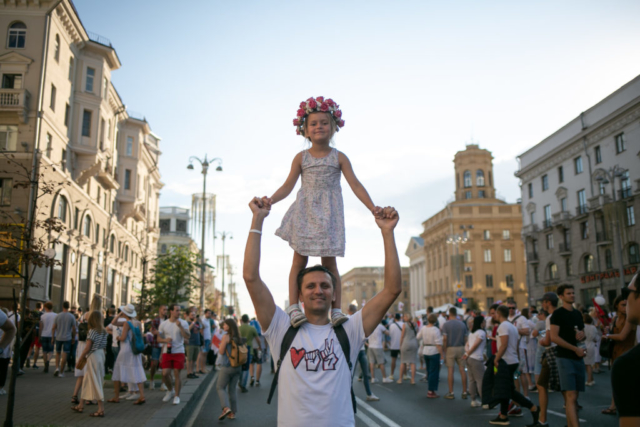 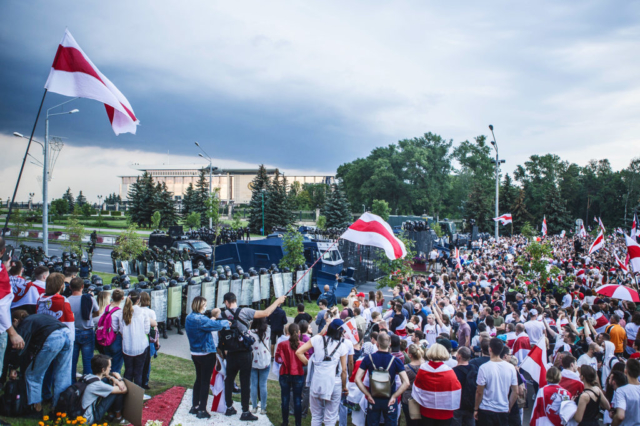 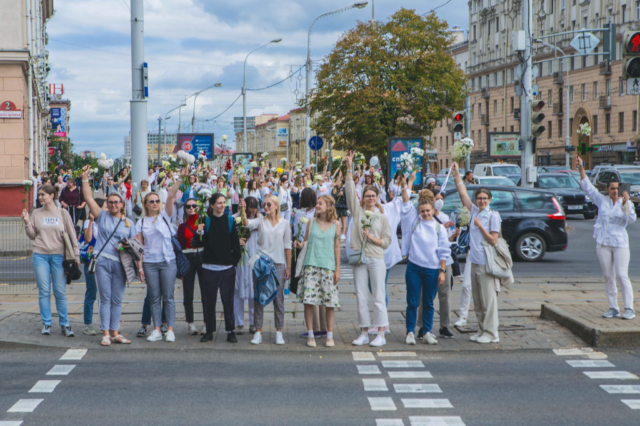 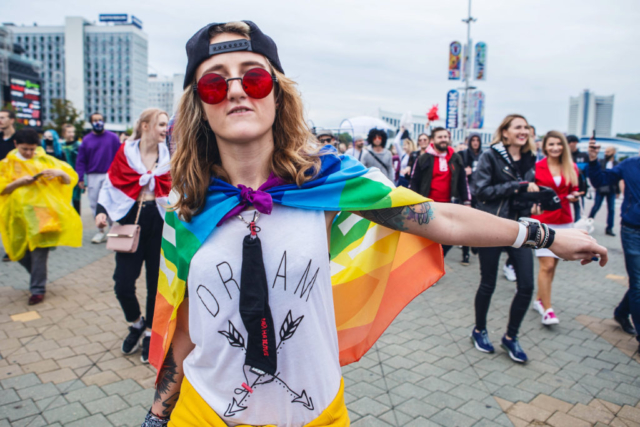 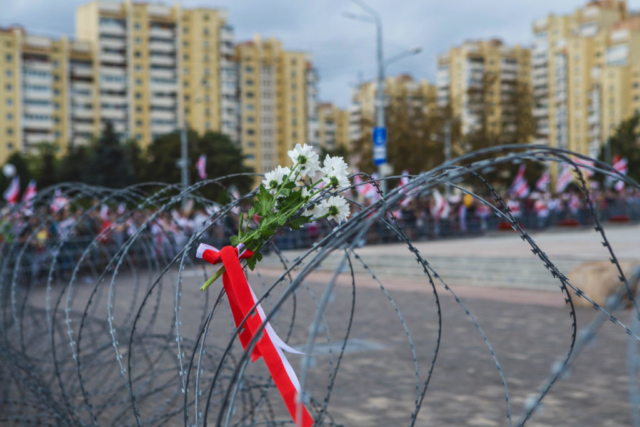 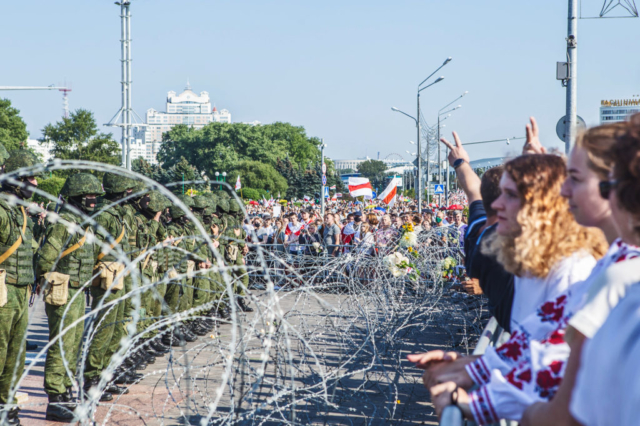 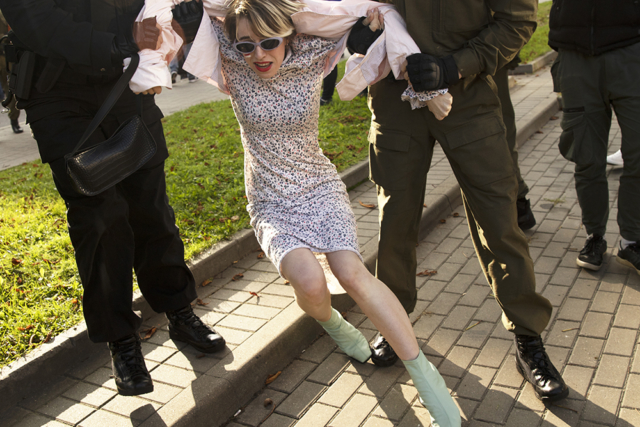 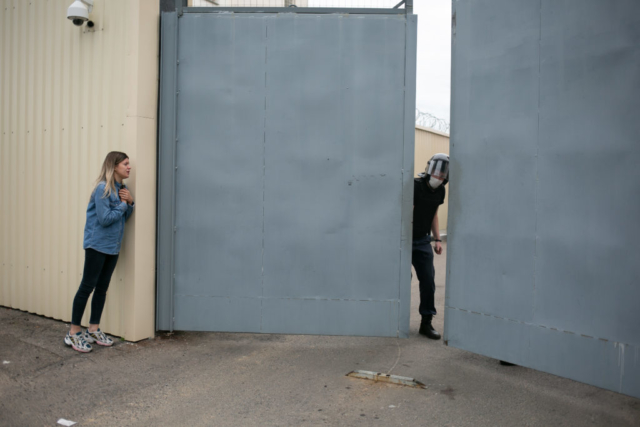 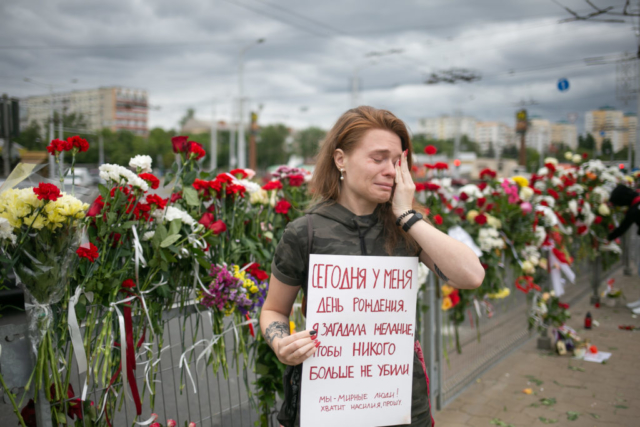 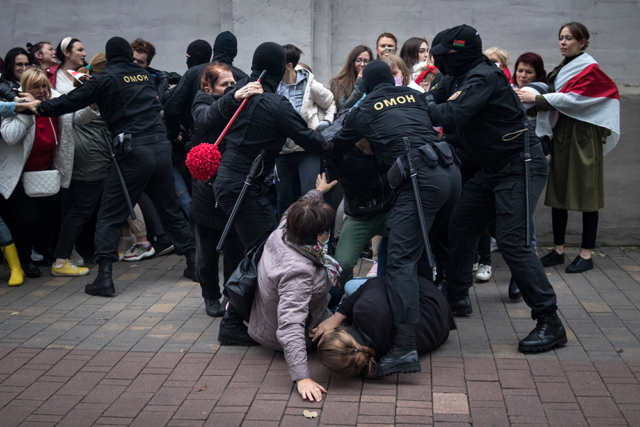 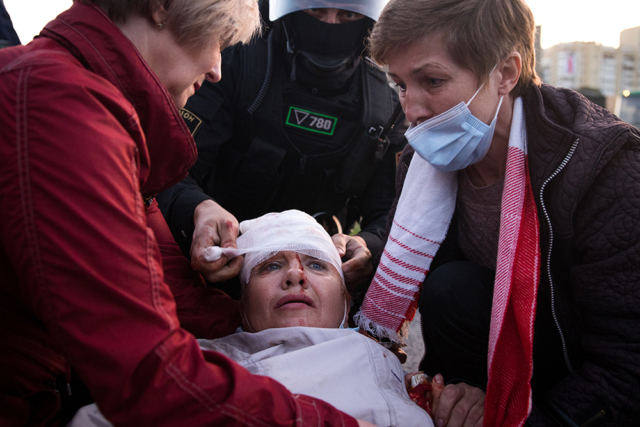 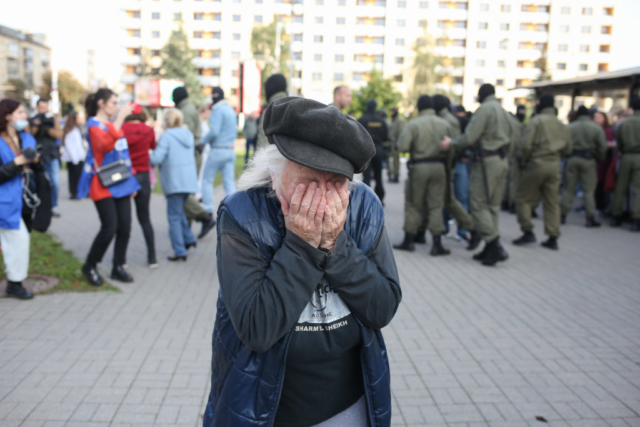 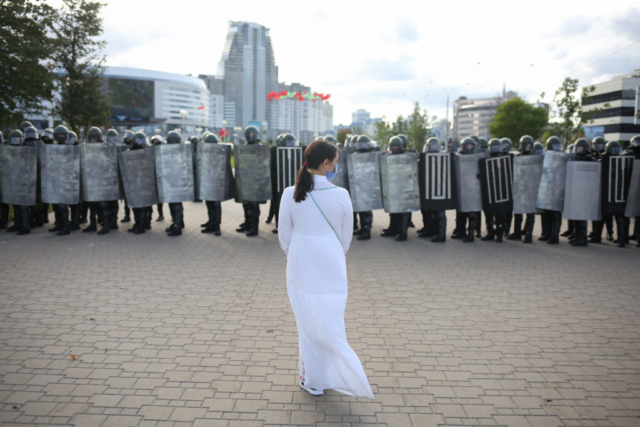