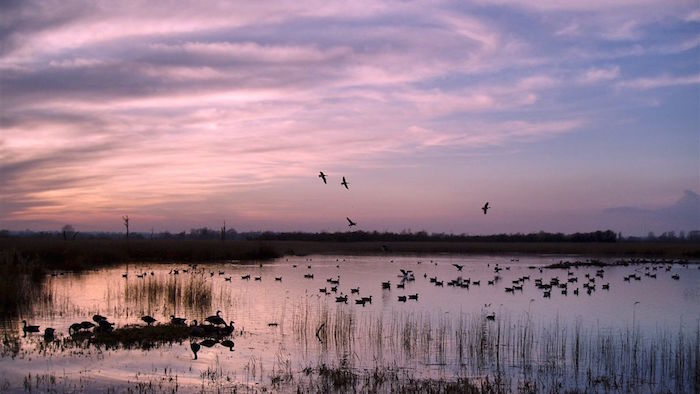 Brussels’ stance on nature strengthens the case for Brexit

Pressure exerted by farmers and construction lobbies to soften the European nature directives is making it harder for pro-EU environment activists to support the case for keeping Britain in the EU, George Monbiot writes.

The EU's nature directives are in many European countries the only legal recourse for protecting the natural world, writes George Monbiot in The Guardian. But, according to the British environmentalist, the European Commission has proposed damaging reforms to these pieces of legislation, which consist of the birds directive and the habitats directive. Reforming them would put "at mortal risk" a "reliable if sometimes eccentric set of protections" by pandering to the industrial lobbyists who have long campaigned for looser environmental regulation.

The European Commission recently abandoned proposals for a soil framework directive under pressure from the agricultural lobby and the British government. Should a similar capitulation occur with the nature directives, Monbiot argues, “it will not be obvious what continued membership" of the EU has to offer environmentalists and will make the case against Brexit much more problematic.

While Monbiot does not go as far as to advocate leaving the EU, he has urged readers contribute to the public consultation on the nature directives (now closed). His intervention marks a growing dissatisfaction with the EU in the UK's left-wing media, particularly in the light of the TTIP negotiations and the Greece crisis —

The threat to the directives arises not from a demand by business as a whole, but from pressure by two of the most destructive industries in the EU, Big Farmer and the construction lobby. That the European commission should have chosen to listen to them while ignoring the views of everyone else cuts to the heart of what is going wrong there. So when the referendum comes, I will find myself in a struggle I never anticipated. I am an internationalist. I think it’s essential that issues which transcend national borders are tackled together, rather than apart. […] I feel nothing in common with the Eurosceptics of the right, who appear to see the EU as interfering with their god-given right to exploit other people and destroy their surroundings. [I have] a sense that I ought to join the defence of this institution against reactionary forces, but that it has succumbed so catastrophically to those forces that there is little left to defend.