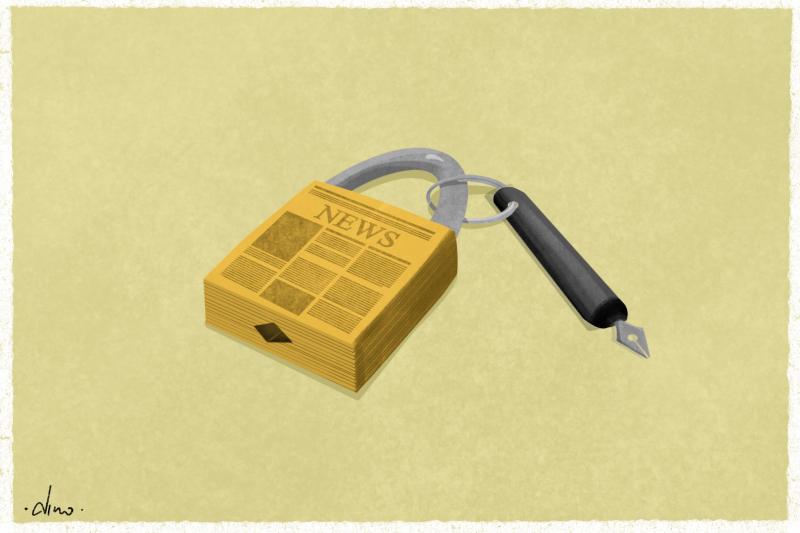 Chris Elliott: ‘Journalism is under enormous pressure as we look to create a new commercial model to replace the old one’

Launched by the Ethical Journalism Network (EJN) and supported by the Evens Foundation, the Building Trust in Journalism initiative aims to address the challenges that the media are facing in Central Eastern Europe. EJN trustee and former readers’ editor at the Guardian Chris Elliott delivers the main findings so far.

Voxeurop: Why did you launch the Building Trust in journalism initiative and what is it about?

Chris Elliott: As an organisation which supports media ethics around the world we wanted to turn the spotlight on the Visegrád countries and Central Eastern Europe (CEE) to explore the way the media has developed in the post communist years. As the EJN has never worked in the region we wanted to get on the ground and meet the journalists from all backgrounds and platforms to get a sense of what their main challenges on the ground were. For instance, in Poland it is not just politics that is reflected in the media but there is a strong Catholic press too. Understanding the way attitudes in the media varied between cities and often the more conservative rural areas is best achieved face to face.

Why have you chosen Bulgaria, Czech Republic, Hungary, Poland, Slovakia, Ukraine and Georgia as target countries? Is there any specific issue in those countries related to trust in journalism and journalists? Is it linked to the relationship between journalists and politicians/business?

We chose these countries first because they were a good representation of different demographics across the region but in many cases facing similar issues such as media capture which are challenging ethics in journalism. In the immediate post communist era there was a chance for more pluralism in the media but that seems to have regressed somewhat. We wanted to understand how that affected the basic journalistic principles on which the EJN is founded – truth and accuracy, independence, fairness and impartiality, humanity and accountability.

What are the main findings of your research so far? Does the particular political situation of Poland and Hungary Have an impact on journalism ethics?

The main findings from the research vary but across the board in all countries journalists are feeling the pressures of financial, political and social changes to the context. It was interesting that while many journalists are facing the same issues globally, in CEE it seems to be more heightened in a sense of impact on practice.  Both Hungary and Poland have authoritarian governments and they seek to impose that authority on the media in a number of ways. First, by ensuring that staff at public broadcasters are supportive of the government, often by firing the old and making sure that their replacements are on message. Second, by the channelling of state advertising towards sympathetic media and finally, in some cases ensuring that independent media are bought by wealthy businessmen with links to the government.

Is every country different, or did you find some similarities or common patterns? How did they evolve in the last 15 years?

There are some obvious similarities such as a growth in authoritarian governments. However, for instance, in the Czech Republic the public broadcaster has managed to remain independent from the state and this seems to show that audiences have a greater trust in the public media platforms. In Slovakia the murder of Journalist Ján Kuciak and his girlfriend Martina Kušnírová in 2018 has actually brought the journalist community together. Kuciak was investigating allegations of corruption before he was killed and investigative journalism has been strengthened in the country since his murder.

Is there a difference between Western and Eastern Europe when it comes to journalism ethics? If so, on which topics?

I find that individual journalists mostly have an instinctive belief in ethics – wanting to 'comfort the afflicted and afflict the comfortable' is why so many enter journalism.

However, journalism is under enormous pressure as we look to create a new commercial model to replace the old one of cover sales and advertising. In the West they are coming to terms with formats of advertising such as 'wrap arounds', a big growth in paid for content, with advertisers pushing for the latter to look more and more like the 'news' run. In the East there are examples of paid for 'news stories' and of course huge political pressures to support a government line or lost state advertising.

More : ‘Covid was an opportunity for independent media outlets for growing and connecting to their audience’

In both the East and the West there are some encouraging signs that there is a greater acceptance of paywalls but also a newer independent style of funding based on membership, subscriptions and donations. People are beginning to come round to the idea that if it feels natural to pay for Spotify or cable tv a small sum to support independent ethical journalism is worth it.

What are your main recommendations?

We think networking and sharing experiences is the main way to find ways to overcome the challenges to ethics and independent media. There are some excellent examples of journalists and media coming together in different ways to address the situation. Without this kind of cross-border collaboration and sharing, journalists remain siloed and we are keen to see that addressed.