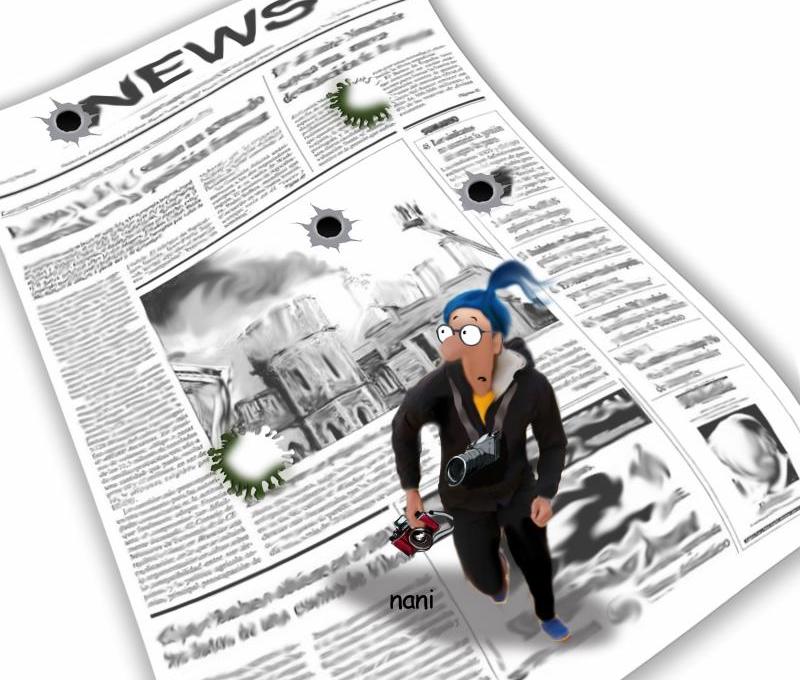 In this interview European Journalism Centre editor Tara Kelly explains the main findings of the Resilience Reports, an in-depth research on 24 independent news organisations across 19 European countries and how they cope with the pandemic. The outcome is not as pessimistic as one could think, she says.

Voxeurop: Why does your work focus on independent media outlets across Europe, and how did you choose the ones you investigated?

Tara Kelly: It’s long been said independent media is the lifeblood of democracy. And yet independent journalism continues to face an existential crisis. The pandemic only magnified this problem. Verified information became a lifesaving commodity, while simultaneously the news industry struggled to sustain itself financially. Independent media in Europe had an even tougher time (and still do) thanks to shoestring budgets and unpredictable ad-funded business models. For this reason, we knew a useful resource to help these organisations was very much needed.

To help those in the media business adapt to this uncertain environment, a few weeks into the first lockdown Evens Foundation and the European Journalism Centre teamed up to profile a mix of news organisations. We called it the Resilience Report series. The focus of chosen news outlets included fact-checking, local and national news, investigative journalism and underreported/ forgotten communities. We wanted to provide a broad perspective of case studies showcasing what worked and what didn’t for independent media across Europe.

The purpose of the case studies was to help editors and media owners learn from the success and failures experienced by fellow SMEs in the sector, both economically and editorially. We heard from editors, partnership directors, audience engagement leads, membership managers and CEOs to better understand the obstacles and pressures European SME media faced as a result of COVID-19.

To ensure a geographical balance, the 24 case studies came from 19 European countries. Many of these news organisations were regular attendees of European Journalism Centre workshops or had applied for funding in the past.

More : The media’s problematic dependence on Google and Facebook

Did you find common issues small-to-medium European independent media outlets faced during the Covid crisis and have you discovered patterns in the solutions they implemented?

All organisations seemed to struggle financially in some way along with the immense editorial workload covering the pandemic. No matter what kind of organisation it was – local, national or cross-border – we found the closer relationship it had to its audience, the better position it was in to adapt content to what readers wanted and to raise funds from them.

Financial troubles were often attributed to a severe loss in advertising, especially in the events, hospitality and travel industry. For instance, during the first European lockdowns, Prague-based Reporter Magazin saw a 40-55% drop compared to the previous year, while the UK-based gal-dem lost 75% of its revenue overnight. This forced them to reimagine new products and business models and invest in audience strategy. This led to successful launches in membership-driven programmes (with different price tiers and offerings) from outlets such as gal-dem and Are We Europe. Others like Reporter Magazin opted for special digital reader lockdown rates with a fresh news product.

For media outlets such as Dublin Inquirer, ElDiario.es and The Local Europe, they had already launched membership or subscription models prior to the pandemic. That meant they were in a better position than others to ask for help from readers or communicate with them directly. Editors and audience teams told us they felt vindicated for having chosen a paid readership model and to move beyond sole reliance on ad-based revenue models.

Is there a difference in the issues faced and the solutions implemented by local, national and crossborder outlets?

Some local and investigative news outlets like Buletin de București in Romania and Mediacités in France told us public service journalism played a more important role at the start of the pandemic when confusion was rife. But eventually, after people understood the facts about the coronavirus, audiences sought wider and more in-depth solutions-oriented news.

For investigative outlets like Álátszó in Hungary and Bivol in Bulgaria, editors chose to focus on investigating government corruption for public tenders. Fact-checking organisations like Istinomer in Serbia and Maldita.es in Spain used the opportunity to innovate. More specifically, Istinomer built a fact-checking plugin to help readers stamp out online misinformation. Meanwhile, Maldita.es worked with developers to launch a WhatsApp chatbot to speed up verification. While Faktograf in Croatia didn’t build a product, it did help coordinate a cross-border alliance with fact-checking organisations in southeastern Europe to spot and debunk COVID-19 misinformation.

Is there a difference or are there common issues and solutions between Western and Eastern European outlets? Did they face or were impacted by the crisis the same way?

While all news outlets across Europe struggled with the sheer amount of COVID-19 reporting in the first wave of the pandemic, news organisations in Eastern Europe seemed to be having a much tougher time. Much of this was because 2020 was an election year for many countries in the region where journalists caught governments trying to minimise the pandemic to ensure elections went ahead. Editors from the region cited concern over the transparency and accuracy of the case numbers and the death toll. Eastern European outlets from Bulgaria, Serbia, Poland and Hungary all noted the slow erosion of media freedom. Some of this was thanks to a rise in government-controlled news outlets.

More : Andreas Önnerfors: ‘Conspiracy theories are the staple diet of populism in Europe’

Overall, was the Covid crisis more a chopper or an opportunity for growing and reconnecting with readers for small-to-medium European independent media outlets? What are the elements that turned it into an opportunity?

The COVID-19 crisis was definitely an opportunity for growing and connecting with audiences for small-to-medium European independent media. Readers suddenly were reminded of the value of verified fact-based information from independent news organisations. This appreciation was reflected in a jump in reader donations for many of the organisations we spoke with.

The Local Europe and Are We Europe held focus group video calls with readers to understand what stories content readers wanted more of. Reader surveys were also popular among Mediacités audience. Meanwhile, Dublin Inquirer went a step further and hired an immigration reporter after its readers expressed a desire for more information on this critical issue.

Organisations like Solomon in Greece and Radio ARA in Luxembourg helped serve underrepresented communities and bring relevant information to them. Radio ARA provided life-saving information to Luxembourg’s mix of communities in 9 languages. This included information about local lockdown rules and the coronavirus. Radio ARA used this crisis as an opportunity to reach audiences they’d never spoken to before.

Solomon unearthed untold stories of migrants and refugees hardest hit by the pandemic stuck in lockdown in refugee camps on the Greek islands. The publication went against the tide and covered stories from people often ignored by mainstream media. Its articles also informed global not-for-profits, an audience who relies on Solomon for reliable information about the refugee crisis in Greece.

What are your conclusions on the European independent media outlets landscape after this crisis and your research, and do you have any recommendations for them?

Through our research, we have identified a number of things funders can do to help support independent European journalism. Funders should be mindful of the fact operational support is still needed for independent media, rather than solely restricted project funding. We also recommend investing in equitable media that cover marginalised communities and go beyond the usual suspects who regularly obtain financial support. Another idea would be to support revenue experiments as membership/subscriptions models won’t fix everything. That means exploring the financial possibilities with co-operatives, community campaigns and affiliate revenue.

There’s also a need for funders to create hands-on programmes to improve the business strategy skills of founders and leaders at scale and space for bold new ideas. While networks are always essential, exploring the use of hybrid models that mix grants and investments from different communities is also key. Finally, more data is needed to assess what is happening in the independent media landscape across Europe. There is no comprehensive data available that tells us how many public interest newsrooms there are in Europe, how many journalists they employ, or how profitable or diverse they are.