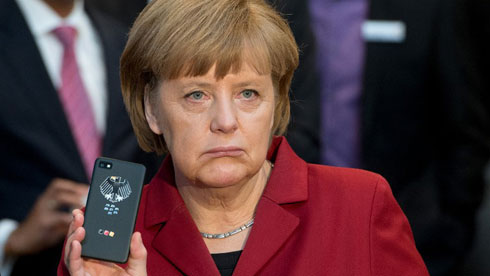 If allegations US intelligence services bugged German Chancellor Angela Merkel’s mobile phone are proved true, it will prove the worst fears a reality. After revelations of US spying on other countries, this could be the final straw in relations between Europe and the United States.

Yesterday evening Vladimir Putin probably went to bed with a broad grin. That American intelligence may have listened in on the private telephone calls of the German Chancellor sounds at first like a joke. A US wiretap on a European leader who has never yet shown any anti-American tendencies in her entire political career and has always bravely stood up for the transatlantic axis? That will have raised hoots of laughter not only in the Kremlin.

With the state of affairs being what it is, though, the outrageous-sounding story appears not to have been merely plucked out of thin air. The reaction of the Chancellor’s Office and of the White House suggest in any case that the story uncovered by Der Spiegel is not without basis. The scale of the scandal still cannot be measured. The number of questions, though, can be.

Bugging only a trifle?

First of all, it would be good to know why this incredible breach of trust was exposed not by German intelligence services but by journalists. Does the BND [German secret service] consider the eavesdropping on the most powerful politician in Europe a mere trifle?

[[At the same time, one has to wonder who actually is in charge of the intelligence services in the United States of America]]. Merkel is not the first female head of state affected here; Brazil’s president, Dilma Rousseff, has clearly come into the NSA’s sights, which led her to cancel a state visit to the United States in September.

Only a few days ago in Paris the American Ambassador was hauled into the French Ministry of Foreign Affairs because of suspicions that the war on terror is serving to cloak industrial espionage as well.

Just this question was brought up during the election campaign by Chancellory candidate Peer Steinbrück. At the time, some thought it overly dramatic. Today it turns out that Steinbrück’s question was more than justified.

The Federal Republic of Germany relies on the protection of the United States, the foremost global power. This, however, does not entitle that protecting power to flout all the laws and the etiquette of diplomacy. [[America’s intelligence agencies have clearly gotten out of hand in the years since September 11, which is scary]].

Western values are not protected by this sort of practice; on the contrary, this practice can lead to the end of the West as political formation. The political consequences of the recent scandal can certainly not be predicted. And how much can we rely on assurances from Washington that this is a misunderstanding? Probably not at all.

When heads of state are spied on, it doesn’t happen by accident, but emerges from a system and a principle. The Merkel/NSA affair has a tremendous political momentum that could cause the tectonic plates on both sides of the Atlantic to shift dramatically.