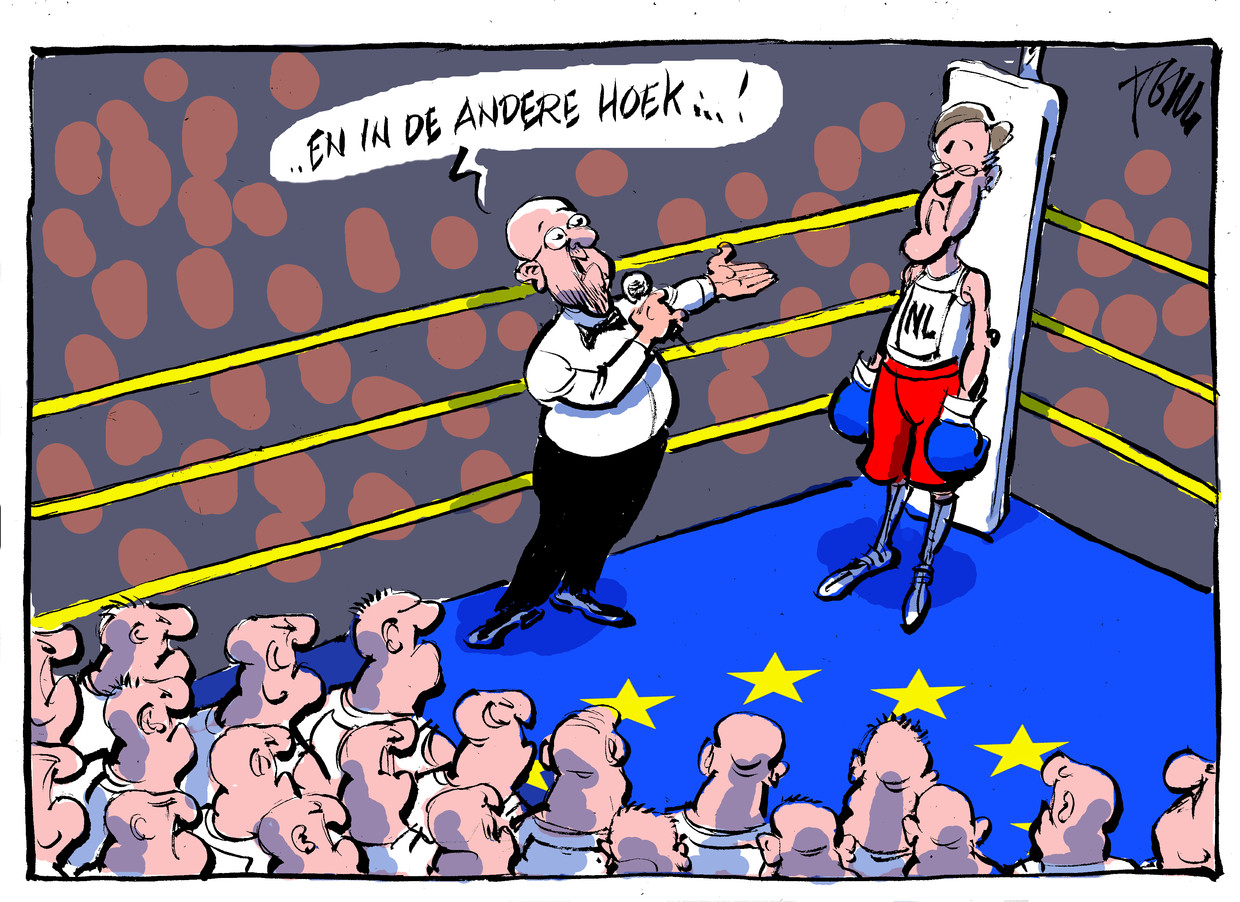 The chair of the European council, Charles Michel: “And in the opposite corner, the Netherlands…!”

At the end of a marathon summit, EU leaders reached an agreement on an economic recovery plan within the long-term EU budget for 2021-2027 following the Covid-19 crisis. The “Next Generation Europe” plan allows the European Commission to borrow €750 billion on the financial markets and transfer up to €390 billion to the nations hardest hit by the pandemic in the form of grants; the rest being composed of loans made available according to each countries’ needs.

Talks were held up by the resistance of the so-called “frugal four” (Austria, Denmark, the Netherlands, and Sweden, plus Finland), led by Dutch Prime Minister Mark Rutte, opposed to the cost and the idea of unrecoverable grants benefitting nations of uncertain budgetary discipline.