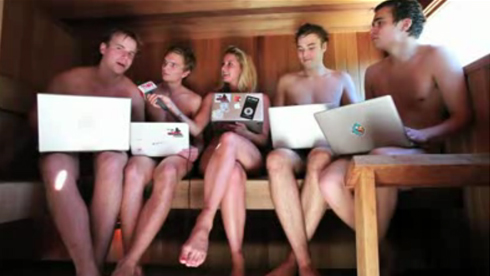 Creation of an innovation nation

Once dependent on Nokia’s world success in telecoms, Finland has diversified its economy and put new business start-ups at the heart of its future. The next challenge will be to keep this new generation of entrepreneurs at home.

In 2010 a group of students at Aalto University, just outside Helsinki, embarked on the most constructive piece of student activism in the history of the genre. They had been converted to the power of entrepreneurialism during a visit to the Massachusetts Institute of Technology. When they got home they organised a “summer of start-ups” to spread the word that Finland’s future lay with new companies, not old giants. The summer of start-ups turned into a season of innovation.

The Start-Up Sauna—a business accelerator that is still run by young enthusiasts but now funded by government, business and academia—occupies a dilapidated warehouse next to the university. It offers a wide range of services: working space, coaching for budding entrepreneurs, study trips to Silicon Valley and plenty of networking opportunities (including in the Sauna’s many saunas).

The Sauna-masters have an understanding of entrepreneurship in advance of their years. They recognise that there is more to innovation than high tech: the Sauna also has design and knitting factories. They understand the importance of bridging the gap between engineering and design. They realise that promoting entrepreneurship is a matter of changing culture as much as providing money. They look to Russia and the Baltic states as well as to Boston and San Francisco.

The student revolution was part of a wider reconsideration of the proper relationship between government and business. This had started in 2008, when the Finnish government shook up the universities (and created Aalto) in an attempt to spur innovation. But it was speeded up by Nokia’s problems. Finland had become dangerously dependent on this one company: in 2000 Nokia accounted for 4 per cent of the country’s GDP. The government wanted to make the mobile-phone giant’s decline as painless as possible and ensure that Finland would never again become so dependent on a single company.

The Economist special report has not gone unnoticed by the “Vikings”, especially in the main Nordic country, Sweden. In Västerås, the Vestmanlands Läns Tidning writes that “the key to the success of our society lies in a reliable and efficient government” and in the fact that “the Swedes trust in their fellow citizens – a quality that is not easily exportable.” “Go Sweden!” is the proud headline over at the Stockholm Expressen, which notes, however, that

The contrast between the perceptions of Sweden from outside the country and from here at home has rarely been more marked than it is today. Here at home, everything is painted black: we speak of mass unemployment, a crisis in education, increasing inequality, declining infrastructure and people ruthlessly expelled from the social insurance system. However, Sweden has made a remarkable journey since the 1970s. The government and the opposition both should be thanked for making it.

“The Nordic model is not perfect,” writes Sydsvenskan Malmö, adding –

Public spending relative to GDP is still too high. The tax burden is still pushing entrepreneurs to emigrate, and too many people are still living off welfare.

In Norway, the Aftenposten notes a “growing respect in Europe for the Nordic countries,” to gauge from the shift in attitude of The Economist vis-à-vis their social system. In the 1990s it railed at the Swedish economy, and in 2003, quoting Shakespeare, it called its blend of prosperity and welfare a “Midsummer Night’s Dream”. The paper concludes: “What is striking” is that –