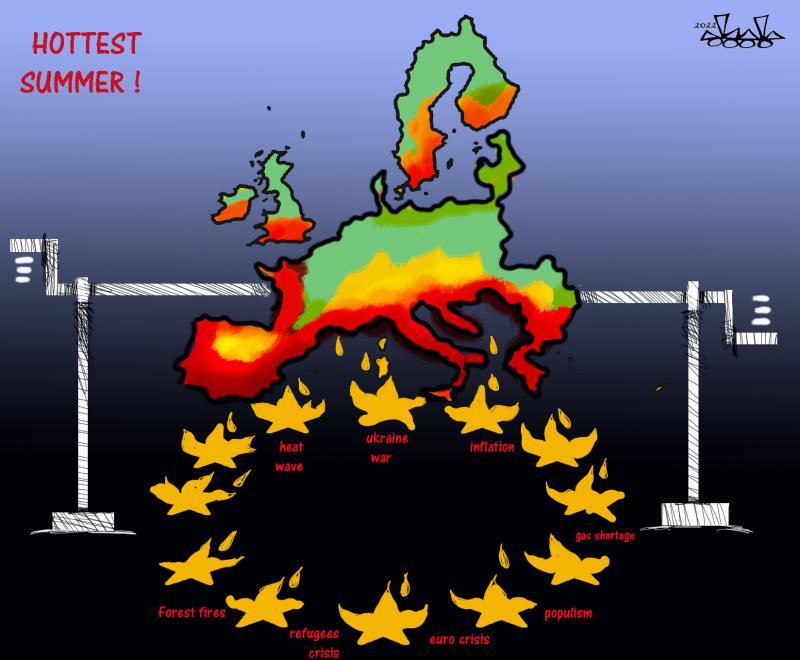 Depopulation is Causing Wildfires in Europe

On this episode of Europe Talks Back, host Alexander Damiano Ricci meets with Laura Cocco, sufferer of a wildfire in Italy, and Davide Mancini, who authored a series of investigations on the wildfires hitting Southern Europe, to discuss the relationship between depopulation and wildfires.

In the summer of 2021 Europe has seen intense and unprecedented heatwaves, with temperatures spiking above 40 degrees, huge wildfires are raging across several countries in the region. Thousands of hectares of land were destroyed, and people had been evacuated from towns threatened by flames. In some areas droughts are making it hard to control the fires.

Italy was one of the most affected countries, together with Spain, Portugal and France. The number of wildfires recorded so far in 2022 is already three times higher than average. The Mediterranean area always had to deal with wildfire, especially during summer, but what has changed is the amount, the scale, and the intensity. Huge fires are now becoming more frequent, and they last longer. The answer is linked to depopulation.

On this episode of Europe Talks Back, host Alexander Damiano Ricci meets with Laura Cocco, sufferer of a wildfire in Italy, and Davide Mancini, who authored a series of investigations on the wildfires hitting Southern Europe for Voxeurop, to discuss the relationship between depopulation and wildfires.

You can unsubscribe at anytime *
Categories
Climate changeEnvironment, climate and sciencePodcastGreeceItalySpain