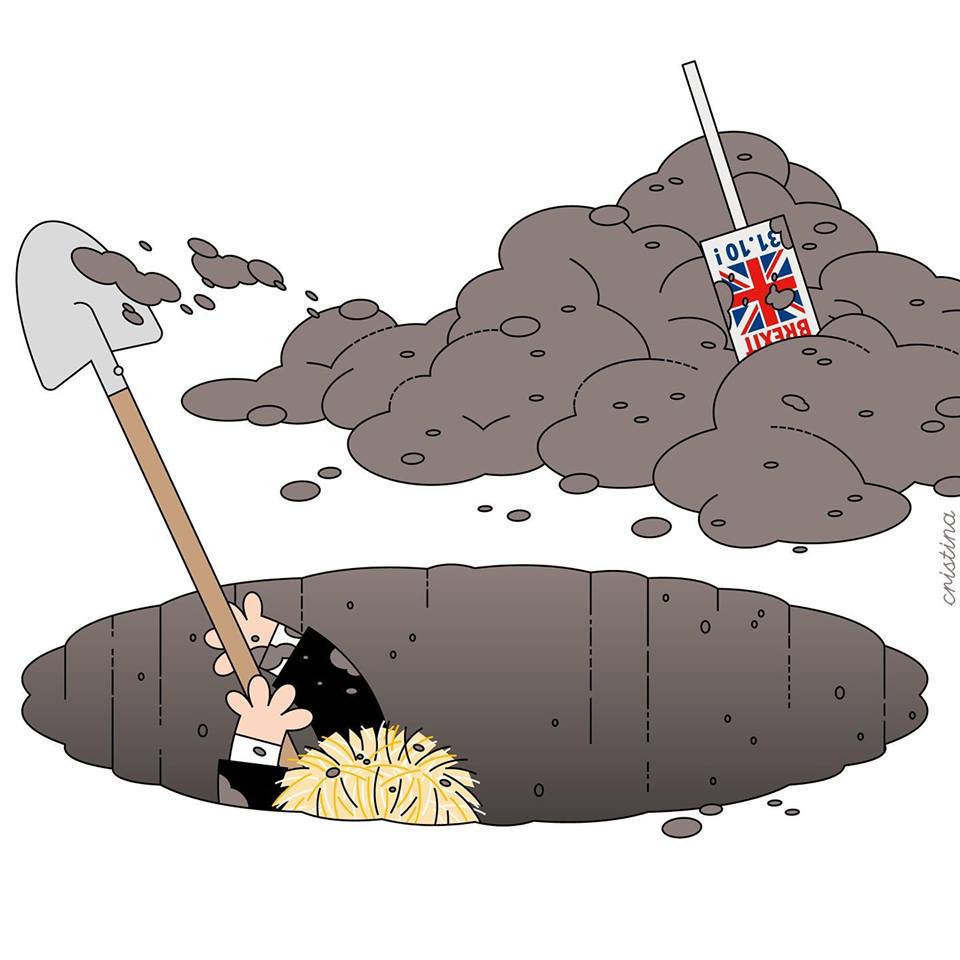 On 19 October, the British Government sent a letter to European Council President Donald Tusk to request a further postponement of the United Kingdom's exit date from the European Union. He was compelled to do so after British MPs refused to vote on the new agreement signed on 17 October with the EU-27, and adopted an amendment that postpones Parliament's approval until all the necessary legislation to implement the agreement has been adopted.

Prime minister Boris Johnson has added a letter explaining that the postponement does not correspond to his wishes. The EU-27 are due to vote on the request within the next few days. Johnson has no majority in the House of Commons, and a general election is imminent. Johnson said he would rather "die in a ditch" than break his promise to "deliver the Brexit on 31 October".