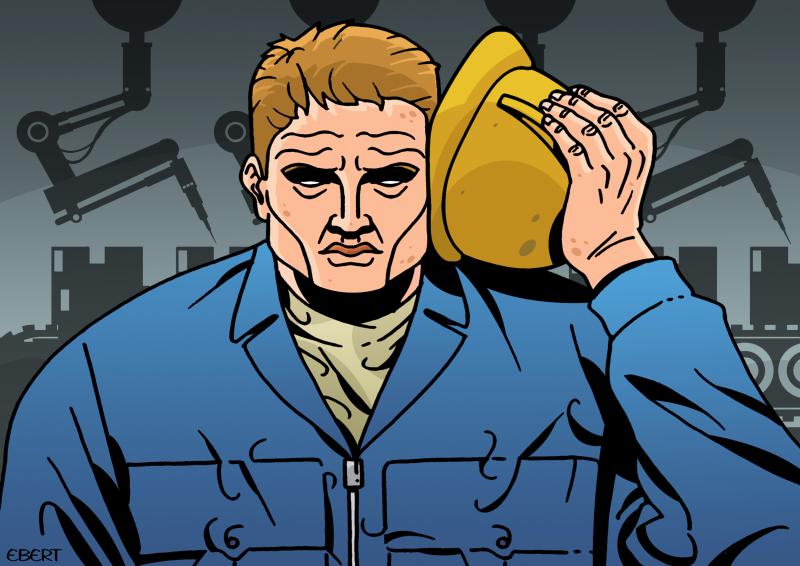 Climate is changing and so are Europeans. Are their jobs changing, too? Squeezed between politics, the economy and COVID-19, workers are looking for a brand new role that is fair to all of them as much as it is to the environment, say participants to the latest European Trade Union Institute conference.

“This terrible year has reminded me of an old truth about our Union. It says: ‘Europe is forged in crisis'. It is in the darkest moments that we find the courage to put our differences aside and join forces.”

“This is what Europe does: we find strength in adversity,” she added. “When everything seems to push us back, we pull through and come out stronger than before. This is what gives me confidence that the recovery is within reach and that from the pandemic, if we do it right, a stronger social Europe can emerge.”

The continent we know finds itself in unprecedented circumstances that demand a dramatic change. Jumping at this unique chance is imperative.

It’s difficult to say what a revolution will bring. What is easier to say is what we expect from it and “seeking to understand not only the challenges before us, but also to identify what we can do today and tomorrow” was precisely the goal of the conference.

Organised by the European Trade Union Institute (ETUI) together with the European Trade Union Confederation (ETUC), the event reunited EU and local politicians, representatives of workers unions, researchers, professors and policy managers. The European Green Deal, the Recovery plans and the new industrial strategy were on the table – alongside global warming and environmental degradation, inequalities exacerbated by the pandemic and, despite these, the need for growth.

While the EU's highly ambitious climate targets mean all aspects of our society will need to quickly adapt, COVID-19 emphasised this urgency.

EU commissioner for the Green European Deal Frans Timmermans, who took part in the event, didn’t hide his concerns: “frankly, I don't know whether humanity has ever been challenged in the way we are being challenged now”.

“I see it when I talk to the steel industry, the car industry, the coal mining industry: there is a lot of anxiety in the trade unions that what we're doing is leaving them behind or not thinking about the workers, or not having real plans for skilling and re-skilling workers,” he added.

On the other hand, “this will be the defining moment” for at least three generations of people. “The pandemic has once again taught us that whenever there's something challenging, it's always the most vulnerable that pay the highest price,” Timmermans said. “So at the end of the day, this era is an era where we have to redefine redistribution. Politics is always and has always been about redistribution.”

Capitalism may well have reached the end of the line, simply because it is not future-proof and – as many speakers pointed out – there are no jobs on a dead planet. So protecting nature shouldn’t be against our interests.

We need to understand that we are part of the ecosystems we live in and stop seeing the environment as something that exists just outside our doors, in oceans and forests. Only reconciling ourselves with the planet, the transition can be just.

Indeed, the freshly published Dasgupta review on the economics of biodiversity stresses that the way we measure success is obsolete. GDP should be replaced by a standard where natural resources are precious and nature underpins development.

Luc Bas, director of the International Union for Conservation of Nature (IUCN) Europe said that “a new measurement is one way, another way is to see natural capital biodiversity through a different lens and make it part of the big debate on the economy.” IUCN developed a concept where nature-based solutions are, if not a silver bullet, an opportunity to create decent jobs locally. “If we can get them right in Europe, outside of Europe and among the different member states we can achieve a lot of very low investment benefits.”

To move from words to actions, all actors need to play their role. In particular, trade unions have a crucial one when it comes to digital labour platforms, working time reduction and transport shift.

“I don’t think that nobody should have to be convinced at this point that shortening working hours is necessary and beneficial,” said Agnieszka Piasna, senior researcher at ETUI, who presented various cases where this helped improve the work-life balance and improved the whole social fabric as a consequence. Of course old ideas are still there, although swaying.

“We are at levels of unemployment as we have never seen since the ‘80s,” says Anna Coote, principal fellow of the New Economics Foundation. “So nobody in their right mind can think that we can go back to business as usual.”

We could instead let us inspire by the current way of doing business, throwing away its malfunctions. Juliet Schor, economist at Boston College, is an expert on the gig economy and has some suggestions. “The exploitative aspects of gig labour are not its noble aspects,” she said. “But there are good things: the technology and the freedom that it allows to workers.”

Often conceived as “the great taboo”, reducing working hours will be the progressive battle of the post-Covid era. Mep Pierre Larrouturou (S&D), summarised the dilemma: “We need to find a new type of prosperity that doesn't rely on economic growth and to challenge the notion that social justice is a luxury”.

Burning decisions are up to Brussells, where the EU Parliament is presenting its strategy to tackle in-work poverty through actions like minimum wages. Now Member states have the last word and that is usually problematic.

“What we need to know is that there are solutions that are going to be delivered within a reasonable timeline and we are still struggling with that question,” said in conclusion Esther Lynch, deputy general secretary of the European Trade Union Confederation. She highlighted that joining forces is the first step to establish a new social, economic and environmental contract. Only when the motto “nobody is left behind” will finally become believable, communities will know “that it isn’t just a promise but a reality”.