Analysis Pact on Migration and Asylum | 4 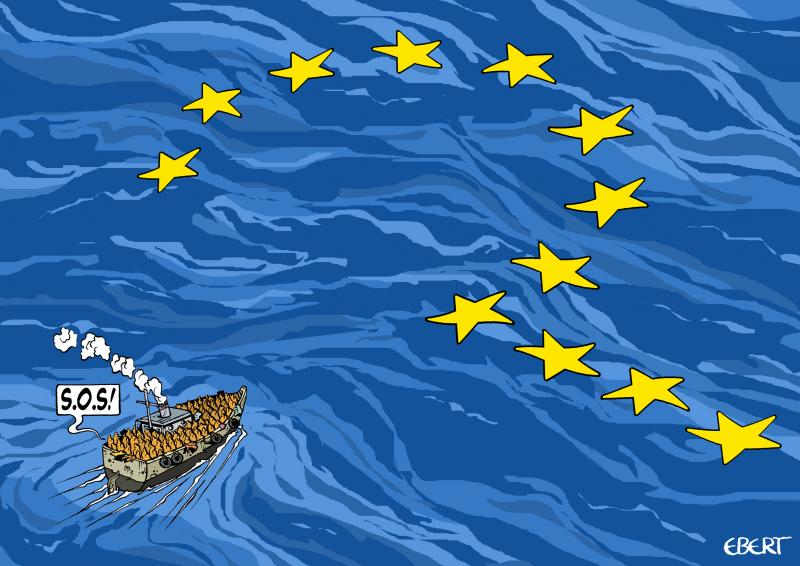 Analysis Pact on Migration and Asylum | 4

The European Union’s visa policy has developed serious problems concerning readmission and the reliance on private subcontractors, to the detriment of those wishing to enter Europe legally. This is the fourth and last part of our series dedicated to the possible consequences of the new European Pact on Migration and Asylum.

Predictably, the European Pact on Migration and Asylum presented by the Commission on September 23 has confirmed the need to use visa policy to encourage cooperation from non-member states on the issue of readmission. Launched in the early 1990s, this approach has proved inseparable from European legislation, especially since the 2019 visa code reform.

Still, a recent analysis conducted by the German Institute for International and Security Affairs states that there is “no evidence of a leverage effect from the more restrictive visa policy”. The only exception here is the Balkans countries, due to their proximity to - and desire to join - the EU.

While non-member state governments still seem indifferent to European visa strategy, their citizens suffer the consequences. Hoping to enter an EU country legally for professional, leisure or other reasons, these visitors find themselves facing a complex, opaque and increasingly contentious system.

Over the last 15 years, all the member states except Romania gradually started to subcontract the management of visa applications to private companies - mainly VFSglobal (a subsidiary of the Kuoni group, bought in 2016 by Swedish private investment fund EQT) and TLScontact (a subsidiary of Teleperformance). The involvement of these contractors has led to a whole host of problems. The cost of services offered by their centres (appeals, appointments, photocopies) is exorbitant, information can be contradictory or misleading, completed applications are rejected on spurious grounds, and scams are all too common.

Internet forums and social networks teem with complaints, and people we’ve talked to are no less critical. Cristel, for example, struggled for months to enable her partner Elias to leave Togo and join her in Belgium, where she delivered their baby girl alone. “The VFS centre told him he had to pass a medical exam. Elias called the only certified clinic in Togo, where the tests cost 200 euro. When he was there, a woman at reception told him he had to pay 400 euro”. Not only is the actual cost of these tests 50 euro, the certificate was not necessary for joining a family member with Belgian citizenship. “With legal migration, as with illegal migration, there are always efforts to scam migrants, because money will inevitably be invested in their journey”, says Cristel.

Following their marriage in Algeria, the husband of Fatma had less trouble applying for Belgian visa, where he had previously completed graduate studies. “We received advice for completing the file”, explains Fatma, “and he was ‘presentable’, as he said, when he went to the TLScontact centre in Algiers”. “Submitting a visa application takes a crazy amount of time”, explains Cristel. “You have to know the codes, have contacts, you can’t do it all alone”. Both women turned to Belgian collective Amoureux, vos Papiers! for help.

“So far implementation reports on the visa policy have always highlighted practical problems related to the external service providers”, confirms Juan Fernando López Aguilar, Spanish MEP, member of the Progressive Alliance of Socialists and Democrats, and rapporteur for the visa code reform. “The European Parliament is opposed to the use of external service providers, just as we are strongly opposed to the link of visa policy to readmission. But we had to make compromises. In the Visa Code, we made it clear that Member States were fully responsible for the compliance of external service providers to norms. We put a number of drastic requirements regarding public procurement, data protection, respect of fundamental rights and monitoring”.

The June 2019 regulation modifying the visa codes stipulates that “By 1 February each year, Member States shall report to the Commission on their cooperation with, and monitoring of external service providers worldwide”. The first deadline will arrive on February 1 2021, with the new Visa Code having come into force back in February 2020. Questioned on this, the Commission has confirmed that no report had yet been submitted. It will be interesting to see which member states present their report by February 1 2021, and what conclusions might be drawn.

The Pact on Migration and Asylum contains no legislative proposal concerning contractors, but does present an initiative to make “the visa procedure fully digitalised by 2025, with a digital visa and the ability to submit visa applications online”. “Significantly” reducing the role of external service providers, according to the Commission the initiative will allow reducing the cost of the procedure for applicants and ensure better data protection. It will also avoid situations such as that experienced by Elias. As with all Togolese citizens wishing to visit Belgium, he had to send his application to the VFS centre in Lagos, Nigeria. As Cristel relates, in November, despite the closure of the borders between Togo, Benin and Nigeria, “he paid 1400 euro to illegally cross two borders, because it wasn’t possible to send a document by mail”.

If the Commission’s proposal goes ahead, we can expect some serious lobbying from companies threatened with losing such a lucrative market. Oddly enough, TLScontact has only been in the European Commission and Parliament’s Transparency Register since 2019, while VFSglobal isn’t registered at all (though this could change following the recent interinstitutional agreement making registration compulsory).

By placing private companies between authorities and visa applicants, Member States have ended up duplicating the arbitrary filter through which such applications so often pass, namely the obsessive desire to “combat illegal immigration”. Henry’s story is exemplary in this regard. In 2019, the Togolese citizen was invited by a French NGO to participate in a two-month voluntary assignment. In 2017 he had obtained a visa to visit Belgium for the same reason. “I was able to submit my application directly to the embassy”, he recalls, “and speak with the right people”.

In 2019, on the other hand, he had to go through a centre managed by Capago, a French company founded in 2010. “The application was processed faster, but the response was negative, and it was impossible to speak with anyone to obtain further information”. The reason for refusal: “There are reasonable doubts as to your intention to leave the territory of the Member States before the expiry of the visa”. But, as Henri explains, “in 2017 I had no stable employment and was not yet married. In 2019 I had a better case, but I received no visa”.

Requesting a visa is a human right. Everyone should be able to do so easily, and have their application treated correctly, objectively, and in harmony with European law. Will the new Pact take us further in this direction?