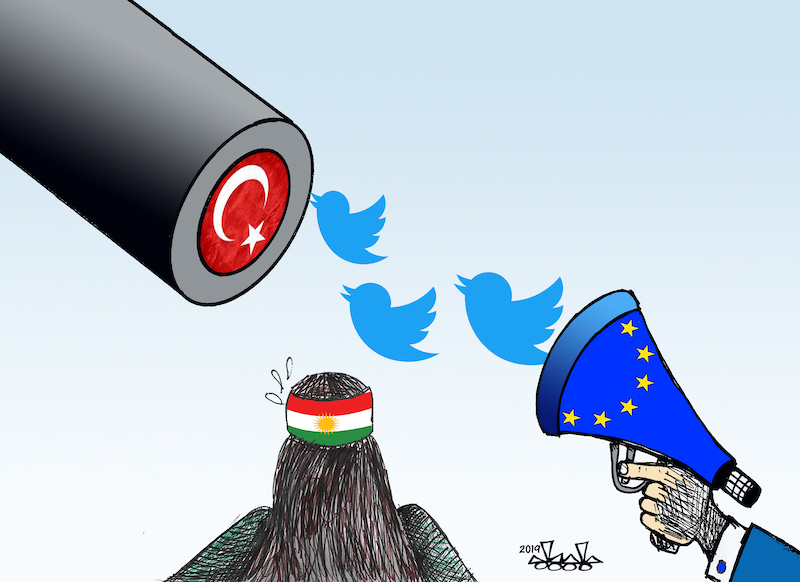 The offensive launched on 9 October by the Turkish army in the north-eastern Syrian territories controlled by Kurdish forces following the announcement of the withdrawal of American forces from the region caused about 100 victims among Kurdish fighters and at least 30 among civilians, and some 130,000 displaced to date.

Faced with criticism from Europeans, Ankara threatened the European Union with letting the 3.6 million Syrian refugees it is hosting moving to Europe, while Germany and France have announced that they will suspend arms exports to Turkey.