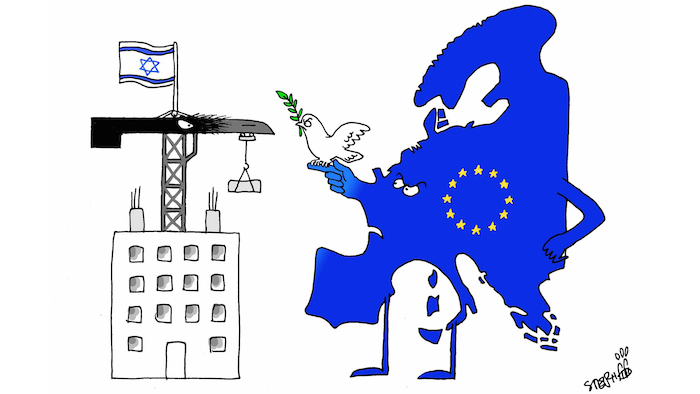 Europeans are losing patience with Israel

Although the EU does not formally recognise the state of Palestine, many European countries recently did so, showing that Europeans are becoming less indulgent with the Israeli government’s behaviour and that international sympathy for its cause is dwindling, says political scientist José Ignacio Torreblanca.

First it was the new Swedish government, which announced on 3 October that it would recognise the state of Palestine, and officially did so on 30 October. Then came the British Parliament: in a vote introduced by Labour members of parliament on 13 October, the United Kingdom’s MPs voted 274 against 12 in favour of recognising Palestine. Days later, on 16 October, the Spanish Socialists submitted a proposal to parliament for a resolution to recognise the Palestinian State. [Danish Parliament is set to discuss a similar resolution on 11 December and MEPs will vote on one in December].

The Swedish government’s decision was not improvised, nor did it arise in a vacuum. The new foreign minister, Margot Wallström, served as European commissioner and vice-president of the European Commission between 2004 and 2009. Therefore, she was well aware of the European Union’s position on the issue and she knew what the consequences of Sweden’s unilateral decision would be. Something similar can be said of the British Parliament: the UK is not only one of the countries that has shown Israel most support but it is also one of the countries most sensitive to jihadist terrorism.

That Ed Miliband, leader of the opposition in a country with a permanent seat on the Security Council, would echo the demand for unilateral recognition shows that the European climate is becoming less favourable for the Israeli government. Spain provides more evidence of this trend: it hosted the International Israel-Palestine Peace Conference back in 1991 and has continued to be heavily involved in mediation efforts to bring peace to the region ever since.

Israel has always lived under an existential threat. At times, the threat came from the hostility of its Arab neighbours, which were bent on denying its existence, and Israel did not hesitate to retaliate with war. Another threat came from Hamas’s terrorism and that of related organisations, which peppered Israel with suicide bombings. Finally, there was Iranian President Mahmoud Ahmadinejad’s denial of the Holocaust and Iran’s simultaneous decision to develop a military nuclear programme. Israel defeated its neighbours militarily, effectively stopped terrorist attacks on its territory, and succeeded in uniting the international community (including China and Russia) to force Iran to suspend its uranium enrichment programme. But even as it gained these victories, [[Israel failed to realise that international sympathy for its cause was dwindling, while support for the Palestinians was increasing]].

The latest Israeli military campaign in Gaza, with its devastating number of civilian casualties, was for many European governments the straw that broke the camel’s back. These administrations, and even the pro-Israel United States government, have grown tired of having to defend the indefensible. Anger at Israel for its excesses in Gaza is further stoked by the resumption of settlements and land confiscation in the West Bank, a move that reveals the impunity of Benjamin Netanyahu’s government. The prime minister is apparently convinced that Europeans’ laxity means that he will always be able to bend them to his will.

Israel is forgetting something essential: the loss of international legitimacy is just as dangerous, or even more so, than all of its existential threats. In the minds of many, Israel crossed the line long ago in its treatment of Palestinians, aligning itself with regimes such as apartheid South Africa. Up until recently, these people have remained publicly silent even though they have been privately critical. Now, these attitudes are emerging into the open, expressed in the policy of unilateral recognition for Palestine. In its false sense of security, Israel does not seem to perceive the change in perceptions in European public opinion – or the consequences.

The truth is that time is running out for Israel, and if it continues on its current path, it will end up being internationally isolated, a pariah country. Unilateral recognition of the Palestinian State by some EU member states is not likely to be a game changer – former Warsaw Pact members such as Bulgaria, the Czech Republic, Hungary, Malta, Poland and Romania, as well as others such as Cyprus and Iceland, have already recognised the Palestinian State without any real implications for Israel. But the growing trend towards recognition of Palestinian statehood may well indicate the depletion of a key strategic asset in the Israeli arsenal: international legitimacy.