EU leaders and the refugee crisis 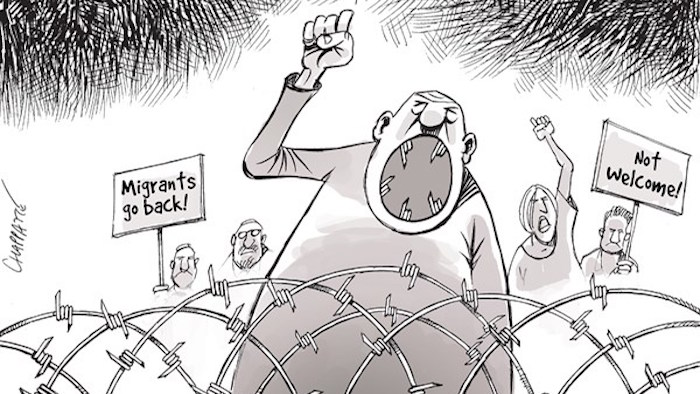 EU leaders and the refugee crisis

Some EU’s member states response to the current refugee crisis are an even bigger threat to the Union’s future than the euro or the Greek ones, says human rights activist Kati Marton.

In recent years the EU has been struck by crisis after crisis. But none threatens the future of the Union quite like its member states’ responses to refugees arriving on the continent, argues Hungarian-American humans rights activist Kati Marton in the Financial Times. With the notable exception of Germany, countries across Europe have reacted at best with indifference and, at worst, with hostility to the plight of refugees fleeing war-torn countries and oppressive regimes. Marton, herself a refugee from Communist Hungary, condemns the actions of her country of origin in particular, which under the xenophobic regime of Viktor Orbán has abandoned the EU’s core principles —

Members of the union — so vocal on the subject of finance — seem far less so on fundamental values: human rights and the right of refugees to decent treatment. […] It was not supposed to be this way. EU members were assumed to share core democratic, humanitarian and, yes, liberal values.

The experience of current refugees at Europe’s border contrasts strongly with her own. In 1956, Marton's family was welcomed with open arms by officials and volunteers. Now, new arrivals are greeted with razor wire. And yet, as Marton explains, there is little to differentiate those currently seeking refuge from her own family fifty years ago —

My family looked very much like the families I recently saw camped at Budapest’s Keleti train station. There were four of us: two adults, my mother pregnant, two little kids, four suitcases and nothing else except dreams of another life.

Marton calls on the EU to take stronger action against Europe's xenophobic backlash. Orbán has provoked criticism by declaring Hungary to be a Christian nation, in defiance of the EU's values. And with the EU's refugee redistribution plan lacking any legal force, more serious measures are required. "What," Marton wonders," would it take for a member state to lose its voting rights — the as yet unused ‘nuclear option’?” In the meantime, Europe's liberals will continue to cede ground to demagogues, putting in jeopardy the European project itself.