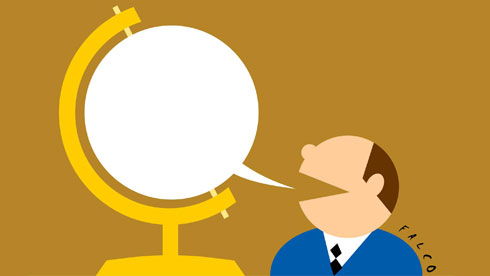 Ahead of this month’s meeting of G20 finance ministers in Moscow, Europe is waving an admonishing finger at the United States, Japan and China. A very misplaced act, given the fact that the eurozone crisis is far from over.

There looks to be no summer holidays in the plans for Europe’s finance ministers. Having just completed the Ecofin meeting, preparations are in full swing for their G20 summit gathering in Moscow on July 19-20, and policy initiatives to stimulate worldwide economic growth are at the top of the agenda.

Bloomberg News has acquired and published excerpts of a planning document for the meeting that was drawn up in the European Union. [[The documents adopt a remarkably aggressive tone towards the United States, Japan and China]]: “The absence of a credible budgetary recovery plan in the medium-term in the US forms a significant downward risk for global recovery”, warns the document, which also urges the US to “make progress in addressing the medium and long term fiscal challenges it is facing, and deal with the debt-ceiling issue”.

The EU shakes its finger

The EU document has the following message for Japan: “We expect that Japan will put in place a credible medium-term fiscal consolidation plan to address its possible spillover effects on the domestic and foreign financial systems from its policy program to end deflation.” According to the document, China for its part should “speed-up structural reforms” and bring its exchange rate in line with market reality.

What we would give to be a fly on the wall in Moscow to witness the reprimanded countries’ response to the EU criticism. If the contentious document does indeed make it to the negotiating table, EU representatives should prepare themselves for a snide riposte. Despite the undeniable logic behind the recommendations made by the EU, the fact that Europe is doing the preaching is very odd.

The euro crisis is far from over

French government officials in particular are proudly proclaiming that the euro crisis has come to an end. That, of course, is abject nonsense. Portugal, Greece and Cyprus are facing a social catastrophe, guaranteed to require additional help before the end of the year. The [Enrico] Letta government in Italy appears to be both crumbling and paralysed at the same time. The French government under President François Hollande is as vocal as it is passive. Banks in Spain are sitting on toxic portfolios, while the health of the financial sectors in France, Germany and the Netherlands still gives reason for concern.

Structural solutions for attacking the euro crisis are, in fact, far from operational. And to make matters worse, the European continent, with the exception of a few countries, is still seeking to tackle the problem with higher taxes and a hostile business climate. A greying population will cause to huge rise in costs and ever-greater budget deficits. It is not a smart move for Europe to read the riot act to others. One can only wonder whether the three other major powers will be content to dismiss the criticism, or whether their reaction will be more fierce.