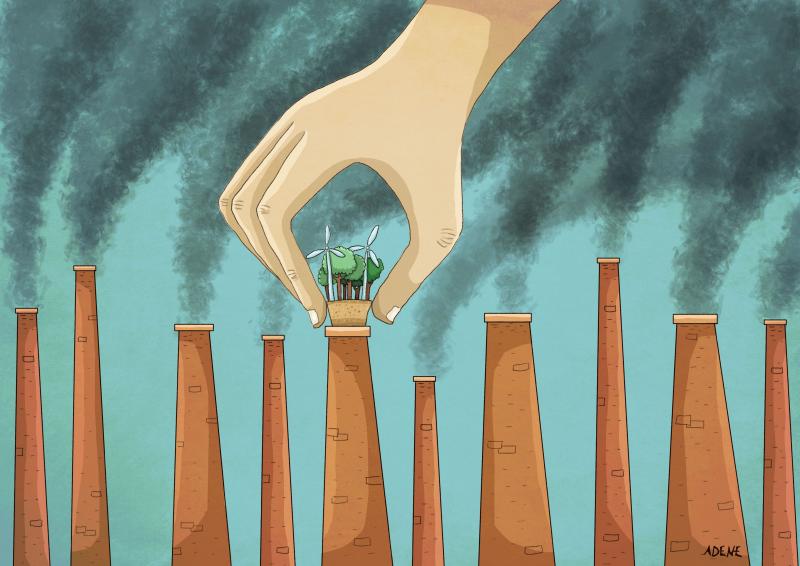 With the "Fit for 55" package to reduce carbon emissions by 55% by 2030, the European institutions continue what 60,000 citizens and mayors from all over Europe have demanded, says Eumans' chair Marco Cappato.

The proposal presented by the European Commission with the Fit for 55 package represents an important step towards the goal of the StopGlobalWarming.eu campaign, launched two years ago by EUMANS through the activation of the European Citizens' Initiative: the implementation of a European minimum price on CO2 emissions, gradually destined to increase and to be adopted also at a global level, to stem climate change.

The request made by over 60,000 European citizens, 100 mayors from across the EU (including Rome, Dublin, Florence, Riga, Bruges, Frankfurt) and a long list of supporters from the world of politics, culture, entertainment and civil society, aims to activate the European legislative initiative to fix a price on all emissions, starting from 50 euros per ton up to 100 euros in 5 years. This would be accompanied by a tax on CO2 emissions of non-European imports (carbon border adjustment mechanism) and investments for energy saving, renewable sources and social measures to reduce the tax burden on the lower classes.

The European Commission has today finally activated the legislative initiative, incorporating some of our proposals, in particular by reducing the issue of free emission certificates to sectors such as aviation and extending the application of emission rights (ETS) to new sectors. Further, the proposal involves creating the carbon border adjustment mechanism and introducing some social compensation measures.

We are grateful to the tens of thousands of citizens, activists and personalities who have accompanied us on this journey. Now that the Commission has put its proposal on the table, the StopGlobalWarming.Eu campaign will aim to strengthen and improve the texts when they are considered by the European Parliament, in the context of the Conference on the Future of Europe and also to turn it into a solution to be adopted globally in view of COP26 in Milan and Glasgow.

More : Thomas Piketty: ‘Budgetary and tax decisions should be decided upon by a European assembly of national elected officials’

Shifting taxes from labour to CO2 emissions – as recognised by 21 Nobel laureates – is today the most effective tool to govern not only the climate crisis, but also the economic and social crisis caused by the pandemic. The Commission's proposal is a step in the right direction, but it will now be necessary to proceed with more speed and courage also at the global level.

In this spirit EUMANS and the promoting committee of the European Citizens' Initiative StopGlobalWarming.eu handed over on 9th July to the staff of European Commissioner Paolo Gentiloni, the proposal for a European carbon price and the signatures of 60,000 European citizens and 100 mayors in support of the slogan Hey EU Tax CO2, and called for a public meeting on 22nd July at 6 PM CEST (follow this link to register).