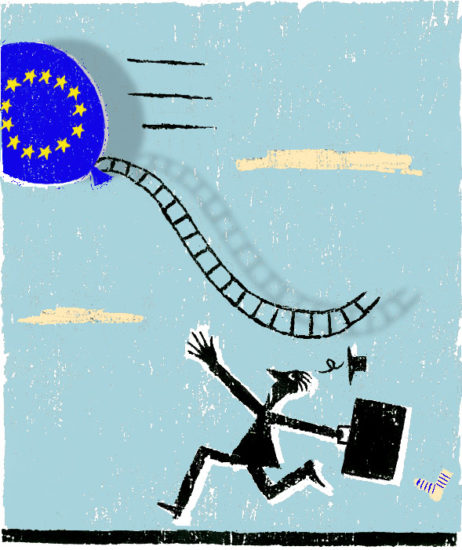 On the 9th of May, during Europe Day, citizens have the chance to celebrate the first EU SIGN DAY of the European history and make their voice heard across the continent.

You will not read about it in the newspapers, unless you decide to take part in it. Because it is something that citizens and civil society organisations across the European Union are creating bottom-up, by themselves. To make a gift to the European Union whilst it celebrates its birthday, to remind the European Union whilst it approaches the Conference on the future of Europe inauguration that there are issues that are already being tackled politically beyond the electoral consensus and the antagonism among the member states. And these are the issues that are currently collecting signatures as European Citizens Initiatives, facing the almost impossible challenge of collecting 1 million signatures.

More : Most European citizens have never heard of the European Citizens’ Initiative

EU SIGN DAY is a self organised and self funded civic mobilisation that aims to fulfil a gap in the democratic functioning of the European Union: the fact that the major part of European citizens are not aware about an important political right they have as European citizens, the right to sign one, two, three, four, ….all European Citizens Initiatives that are addressing the European Commission.

With the promoters of 6 of the 14 ongoing European Citizens Initiatives active in the collection of 1 million signatures to put officially their proposals in front of the European Commission and the European Parliament (Stopgloblawarming.eu, Unconditional Basic Income, Voters Without Borders, Save Bees and Farmers, Stop Finning, Reclaim Your Face, Freedom to Share) are standing the citizens movement EUMANS, the coalition Citizens Take Over Europe, and a growing number of civil society organisations (Alliance for Europe, New Europeans, Democracy International, Europe Future Fringe, The European Citizens Initiative Campaign, Civico Europa, UBI For All, and the meaningful support of the The3Million Young Europeans, the community of EU citizens still living in the United Kingdom).

This is not a list of supporters, but a network of committed citizens who are investing their time and energy almost “on behalf” of the EU Institutions in an informative action to inform EU Citizens. Too often the “democratic work” of engaged citizens and civil society organisations is not “attributed” in the media reporting of European politics (to be honest European Political Journalism itself in the mainstream media needs a bit of care). But it is time to start to give new dignity to this type of political engagement, to push for innovative agenda settings decisions as well as to give participatory democracy instruments provided by the Treaties a real role in the framework of a fully functioning European Democracy. Starting from adequate information.

More : Thomas Piketty: ‘Budgetary and tax decisions should be decided upon by a European assembly of national elected officials’

You might agree or not with the European Citizens Initiative proposals, however you cannot not know that you can sign them, promote that in your network, invite other citizens to sign.

As we had the Election Day for the European Parliament elections, significantly boosted by the EU-funded This Time I Am Voting campaign, we should aim for a EU SIGN DAY. It can be a moment where the different European public spheres gather together for a push for participatory democracy, as a real and concrete option for European citizens to have their say with the European institutions. In the year of the Conference on the future of Europe, recognizing the existing instrument of participatory democracy is even more important.

On the website eusignday.eu the call to action is simple and to the point. It reads:

9th of May is Europe Day. A day when Europe is celebrated for a key milestone of its past: the “Schuman Declaration” that after WWII called for a new form of political cooperation. Today is the day when the EU Institutions “open” their doors to European citizens.

Today, we ask you to make this day one in which European citizens celebrate the future. Today you can sign one or more European Citizens’ Initiatives. And your signature will count.

Almost everybody is ignoring the very existence of a tool already in our hands to ask the EU to do something to improve our lives: the European Citizens’ Initiative is a way in which 1 million citizens can support and send to the EU a proposal. The EU is then obliged to answer, whether accepting or rejecting it, but has to publicly explain why.

Below you will find 14 European Citizens’ Initiatives — you can sign all of them, or just those that you like. If all of them collect 1 million signatures, the European Commission and the European Parliament are obliged to organise official hearings and can take action on the proposals. And publicly explain their decisions.Sign now and then tell all of Europe how you celebrated Europe Day. You are making EU SIGN DAY happen.
EUSIGNDAY.EU

The European Citizens Initiative campaigners are silenced citizens that don’t fit any specific category of the usual suspects in the political landscape: we are not political parties; we are not representatives of the organised civil society such as the Trade Unions; we are not focused on national politics but we nimbly move across the borders of the European Union. We often (maybe too often) are less noisy and colourful than demonstrators who gain the front page of media outlets.

However, we had made one of the most democratic choices possible for a European citizen: engage in the activation of the democratic framework provided by the European Union.

European Citizens Initiatives are a sparkle for the democratization process of the European Union. And an opportunity for all the European public spheres to engage in debates and confrontation on the measures to achieve the Sustainable Development Goals in 2030, to reinforce the European values, to transform European society (and the role the European Union plays in the global framework). And they are a source of inspiration for a European politics that can reinvent its own functioning - shifting from a fight for electoral consensus and power relations within and between member states towards a more long term and sustainable approach to reforms.

Categories
Civil SocietyConference on the future of Europe