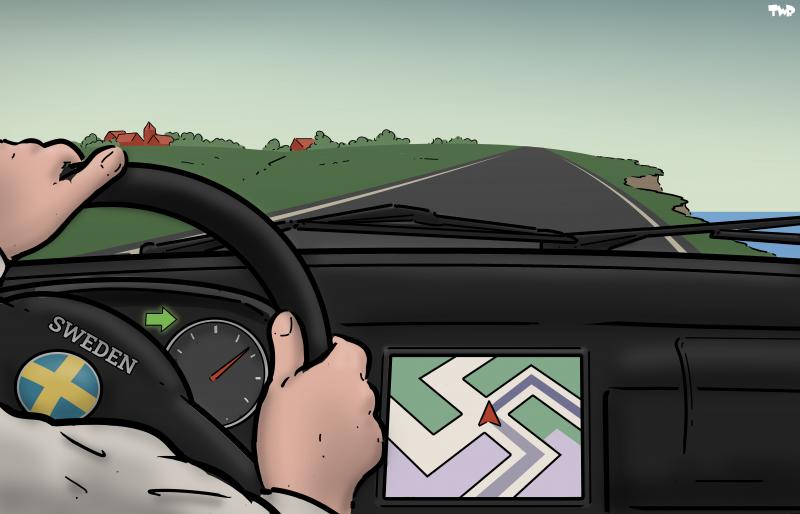 Former Swedish neo-Nazis at the gates of power

Where Marine Le Pen and Giorgia Meloni have only dreamt of it, Jimmie Åkesson did it. His far-right party, the Sweden Democrats, will now be the second-most important force in parliament after the 11 September general elections, at the end of a campaign marked by crime, immigration and inflation.

After a long counting process, the conservative coalition consisting of the Sweden Democrats, the Moderate Party, the Christian Democrats and the Liberal Party came out victorious with 49,59% of the votes (179 of 349 seats). The left-wing alliance (the Social Democratic Party, the Leftist Party, the Green Party and the Centre Party) came second with 48,87% (173 seats).

More : What will be Europe’s next move against Viktor Orbán’s Hungary ?

The real winner of the election is the Sweden Democrats who garnered 20,54% of the votes (73 seats) alone. Almost 40 years after its formation, the former neo-Nazi party has now come out of the Swedish Riksdag elections as the leading right-wing force and the second strongest party in the country. Conservative Ulf Kristersson (The Moderate Party, 19,10%, 68 seats) is expected to lead in the executive since Åkesson, despite his success, is for now still considered undesirable in government, even by his own allies. Prime Minister Magdalena Andersson (the Social Democratic Party, 30,30% of the votes, 107 seats), has acknowledged the victory of her opponents and has presented her resignation.

You can unsubscribe at anytime *
Categories
EUEU policiesfar-rightPolitics and democracySocietySweden