The accident at the Japanese nuclear power station is worrying Europe. Are our own power stations safe? Should be relinquish this form of energy? The press offers contrasting points of view.

The explosion at Reactor Number 1 at the Fukushima nuclear power station. Japan, 14 March 2011. 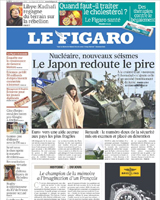 Whatever the ultimate scale of the nuclear accident underway at the Fukushima plant in Japan, the ground in Europe is already trembling. "The debate that seemed to be fading away with the memory of Chernobyl has come back with brutal insistence," notes Le Figaro.

The Paris daily explains that what is happening in Japan is dealing "an extremely hard blow to the side of the nuclear power sector globally." It comes following soaring oil prices in 2008 that “permitted talk of a resurgence in nuclear power for civilian use around the world" and the desire of "Brussels, urged on by Paris, to rank nuclear power among ‘carbon-free energy sources', just like hydroelectric, solar or wind power." 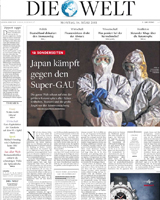 "In no region of the world is nuclear energy as important as it is in Europe," [underlines Die Welt](http:// http://www.welt.de/wirtschaft/article12806523/Vor-allem-Europa-ist-abhaengig-vom-Atomstrom.html). While nuclear power supplies on average 15 percent of global electricity, the 144 plants in Europe produce 30 percent of European electricity. Seventy-one percent of EU citizens live in a country with reactors on their own soil.

Today, however, writes Le Figaro, “those opposed to nuclear power are regaining strength throughout Europe. In Germany, where the conservative-liberal government of Angela Merkel voted in the autumn of 2009 to extend the shelf-life of the country's 17 nuclear reactors; (...) in Austria, a country traditionally hostile to nuclear energy, whose environment minister, Nikolaus Berlakovich, has pleaded for a 'stress test' for European plants; (...) in Britain, where the Cameron government has revived its plant construction programme and in October identified eight new sites, the energy minister, Chris Huhne, has said he supports an investigation 'to learn the necessary lessons' from the event, while the government will decide in June whether to authorise use of the EPR (European Pressurised Reactor) technology from Areva and EDF”. 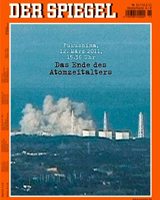 The shock has been enough to bring us to "the end of the nuclear era," [Der Spiegel has no hesitation in headlining](http:// https://www.spiegel.de/meinspiegel/login.html?backUrl=http://wissen.spiegel.de/wissen/epaper/SP/2011/11/122.html). The German weekly demands that the doctrine of zero risk be revisited: “Certainly, Japan is an earthquake zone, which increases the risk there and is one distinction between Japan and Germany or France. But Japan also has among the most highly developed industries, in which well-trained and punctilious engineers build the most modern and most reliable cars in the world. At the time of the disaster at Chernobyl the German nuclear industry was able to persuade itself and the German public that in eastern Europe the reactors were outdated and the engineers were incompetent and negligent. We see now just how presumptuous this perception was. [...] All we need is a series of unfortunate accidents [and] Fukushima would be in everyone’s back yard." 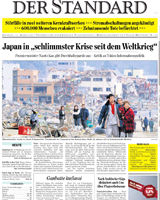 [For years, reports Der Standard](http:// http://derstandard.at/1297820283794/Alexandra-Foederl-Schmid-Die-EU-muss-alle-AKWs-pruefen), "doubts have been voiced about the safety of eastern European plants such as those at Mochovce [Slovakia] and Temelín [Czech Republic, near the Austrian border]. When it comes to power in Germany, though, the criticism is more muted. As it happens, for example, "we've known for years that the Neckarwestheim plant in Baden-Wurttemberg is in a seismic zone."

This vulnerability reminds us that “nuclear issues haven’t yet come up with clear answers": Is the technology controllable? Can the plants be made safer? Can safe disposal of waste be guaranteed?” “It’s up to the EU to launch inspections of all nuclear installations in Europe”, maintains the paper, which considers the proposals of the Austrian Minister of Environment, Nikolaus Berlakovich, to conduct stress tests for nuclear power plants to be a "step in the right direction." 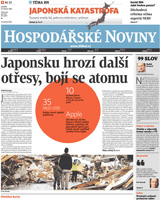 Prudence or hysteria? Since 1979, when radiation leaked from the Three Mile Island plant in the United States, "we have made great technological strides forward," Hospodářské noviny points out. Unlike in 1986, the date of the Chernobyl disaster, "there is no longer any communist regime that as a matter of principle cares not a whit for the safety of its people," and most of Europe does not lie within a seismically active region. For that reason, the Czech newspaper assures its readers, "to abandon nuclear power would be even more absurd, given that alternative energy sources are limited.” "The proper response to Fukushima," the newspaper concludes, "is not to dump nuclear energy in a panic, but to draw the right conclusions from what happened and improve safety measures."

The Fukushima accident should certainly not be underestimated, writes Sergio Rizzo in an editorial in Corriere della Sera. On the other hand, “the emotion understandably caused by this tragedy should not determine our fundamental energy policy choices. We've done it already and we burned our fingers: the anti-nuclear referendum of 1987 was passed by a large majority because of the shock over the accident at Chernobyl.” But instead of leading to the promised green energies, the vote that approving shutting down Italian nuclear plants has led instead to a new dependence on oil. 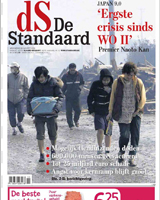 This is the line taken by Belgium’s De Standaard: "We have to pay the price for our way of life“, since "as we are not prepared to radically curtail our consumption, we must accept that electricity at affordable prices comes with some risks." It’s in this context that, by coincidence, the Belgian government this week launched a campaign to "inform the public on possible protective measures in the event of nuclear accidents".