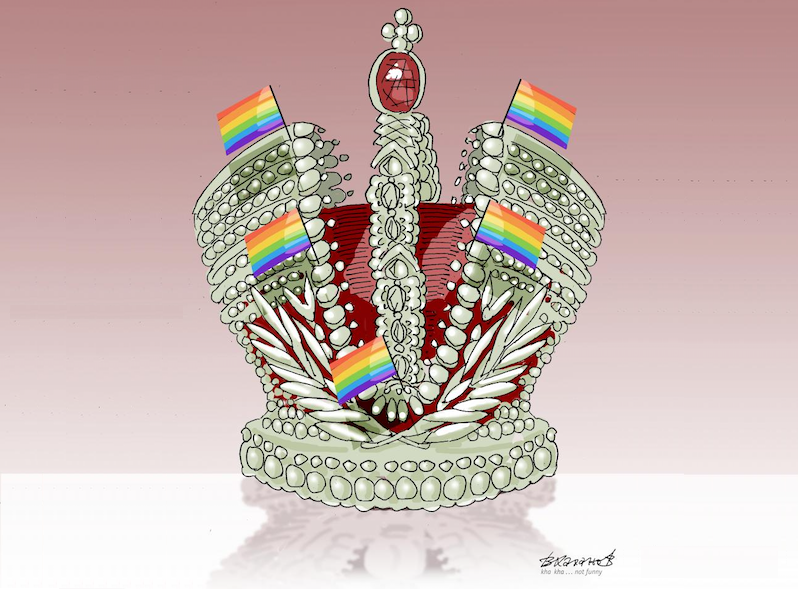 How Russian propaganda on LGBT rights seeped into Lithuania

In Lithuania, the war in Ukraine has given anti-gender movements pretext to postpone debates on civil rights and LGBTQIA+ issues and the law on civil partnership. Behind the rhetoric, however, is a faithful reproduction of the Kremlin’s crusade against ‘gay propaganda’, and it follows a popular trend in the West.

No later than two days after the start of the war in Ukraine, a non-governmental organisation with the Orwellian name ‘Free Society Institute’ sent a public letter to the Lithuanian parliament urging it to postpone the hearing of the gender-neutral Partnership Law (the Parliament is set to vote it in the coming weeks).

This bill has been high on the agenda of the anti-gender movement in Lithuania, together with a number of other ‘controversial’ issues, such as the ratification of the so-called Istanbul Convention (the Council of Europe Convention on preventing and combating violence against women and domestic violence) and the decriminalization of the possession of small amounts of drugs.

Exploiting the terror currently gripping Lithuanian society, these individuals and groups decided to act swiftly in order to erase these human rights issues from the political agenda for an unforeseeable period of time.

The irony, or, rather, the predictable tendency of these developments is that the position of these anti-gender activists repeats verbatim the ‘traditional values’ ideology promoted by the Kremlin.

The Free Society Institute’s letter requested the Lithuanian Parliament to refrain from discussing issues that might ‘divide Lithuanian citizens’ and threaten the stability of the ‘traditional family’ and the very basis of society. In a matter of a few days, their arguments were echoed by the member of parliament Agnė Širinskienė, a theologian and a lawyer, and a known advocate of conservative causes.

She insisted that due to the ‘geopolitical tensions’ in Europe, the ‘divisive’ questions should be erased from the agenda, and even registered a motion to prevent the bill from being debated in the parliamentary spring session. In the meantime, the MPs were flooded with threatening emails and text messages by defenders of the traditional family urging them not to discuss the Partnership …