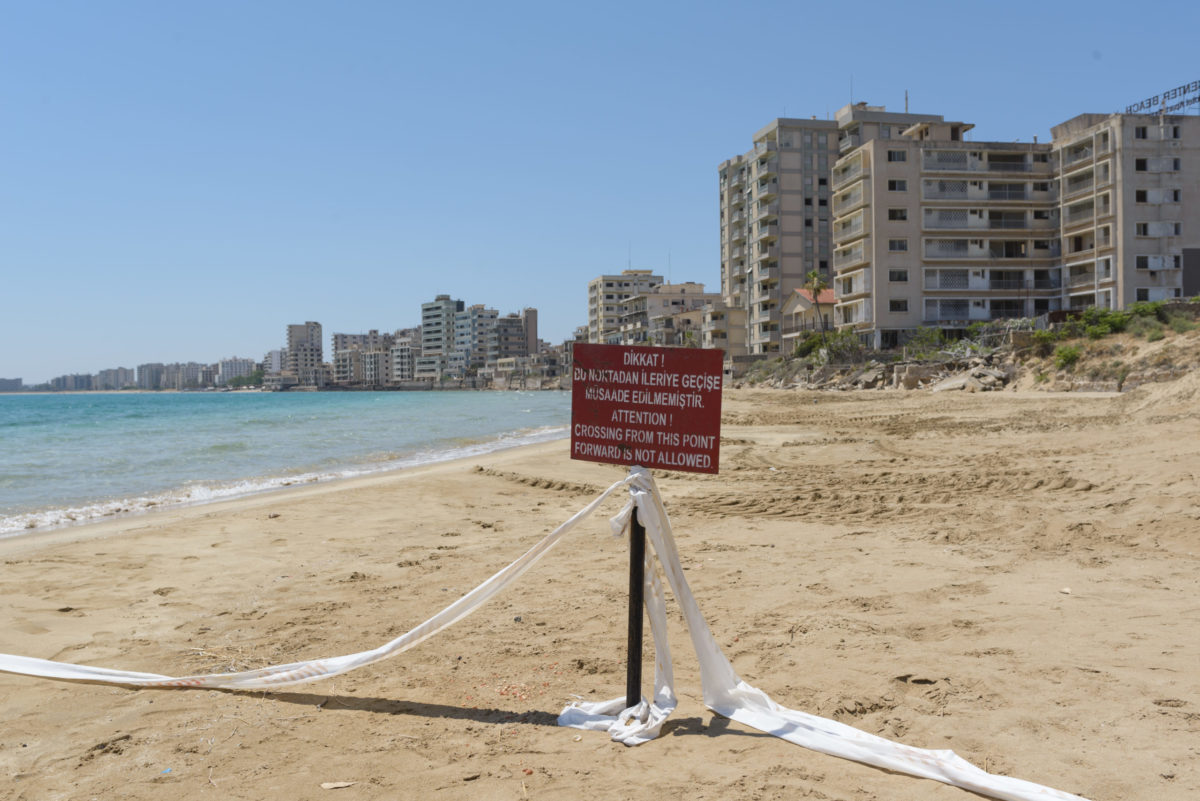 In Cyprus, the ghost town of Varosha dreams of a green renaissance

While nature has reclaimed its rights in this seaside resort deserted since the Turkish invasion of 1974, an attempt is underway to revitalize the Cypriot town of Varosha by creating the first “European model ecocity”. But this bi-communal initiative has come up against the deadlock in negotiations for Cypriot reunification.

Facing the long sandy beach stretching from north to south and the crystal sea, the immutable skeletons of abandoned seafront hotels add a funereal tone to the beauty of the landscape. A sepulchral silence cloaks the shuttered houses, shops and restaurants – huge urban tombstones marking the city. The traffic lights of a bygone era, now planted in an empty avenue, bear witness to how time has stood still  since 1974. If there is any place in Europe where you can still see what it actually means to abandon a city overnight, Varosha is the best example.

When the Turkish army occupied Famagusta on the east coast of Cyprus, after invading the north of the island following the pro-Greek coup in the summer of 1974, it ordered the Greek Cypriot inhabitants to abandon their possessions and leave the area. Residents of the newly-built seaside resort of Varosha were no exception. Like most of their  fellow Greek Cypriots, they had no idea how long their exile was going to last. But 47 long years have passed since then, and this seaside town – once considered the “pearl of Cyprus” and the “Cypriot Saint Tropez” – has become a ghost town, a gaping wound on the Mediterranean landscape of the island of Aphrodite.

160,000 Greek Cypriots fled south in 1974, while the smaller number of Turkish Cypriots living in the south of the island found refuge in the north. The Republic of Cyprus, the only internationally recognized part of the island, has been a member of the EU since 2004. The Turkish Republic of Northern Cyprus (TRNC) is only recognized by Ankara. The partition and Turkish military occupation of the north persist to this day; Varosha and its 6 square kilometres symbolise the desire of the exiles to return to their homes.

Deprived of human presence for more than 47 years, the vegetation in Varosha has taken over. Bushes have pushed through the cracked pavements, white and pink laurels have blossomed unpruned, immense bougainvillea clog the streets and ivies have invaded the façades of the houses.

“I was walking around the perimeter of Varosha observing the wilderness and trying to understand the reality of the situation”, says Vasia Markides, 42, a documentary filmmaker from Maine, United States.

”It was different from all the places I had seen before. It was hard to leave behind, knowing that all memories of my family and home were trapped behind that fence. We had to do something”, she confides.