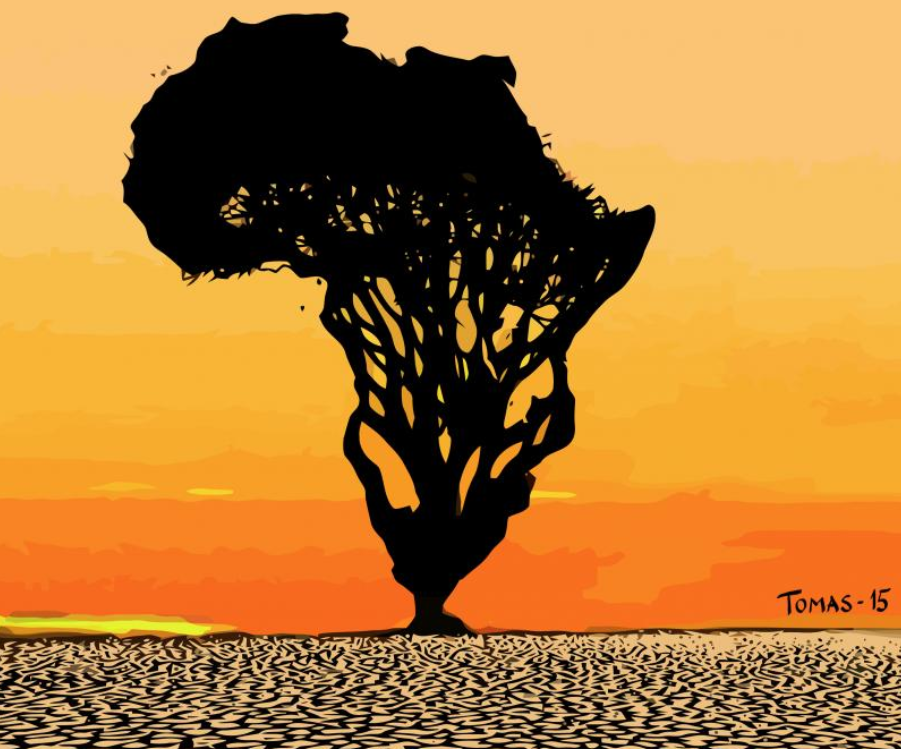 In the Sahel, Europe needs to rethink its approach to climate change and conflict

Climate change is having tragic consequences for livelihoods in the Sahel and should not be underestimated. However, to directly link climate change to increased radicalisation and inter-communal strife is to make simplistic assumptions, and may end up doing more harm than good.

The European Union has in recent years been advocating for a comprehensive approach to global crises: development and security must be tackled jointly in order to produce more sustainable results. This means a stronger focus on diplomacy, humanitarian aid and with an eye on the effects of climate change (this type of joint action is called “nexus” by EU policymakers). The new European approach to crises is commendable and shows a better appreciation of the different dimensions of instability. It acknowledges increasing evidence that climate change can act as a risk-multiplier in fragile regions. Very much in line with this, the dominant EU policy narrative on the Sahel region - which has been dubbed the new laboratory for EU external action - treats climate change as one of the many security challenges in the region.

But while sweeping political statements on the climate-security nexus are welcome in principle, they run the risk of simplifying the specifics of complex security environments, in particular in the Sahel. In fact, from a closer perspective, the link between climate change and Sahelian conflicts is less clear than one might assume at first glance.

More : To heal the wounds of colonialism, let’s build monuments to its victims

It is undoubtedly true that susceptibility to multidimensional risks is particularly evident in the Sahel. On the one hand, the region is facing a dramatic increase in violence perpetrated by armed groups since 2012. This is overwhelming already fragile (and in some cases predatory) institutions and fueling violence, migration, and displacement. On the other hand, temperatures in the Sahel are rising 1.5 times faster than the global average. At the same time, records show an increase in precipitation, which affects livelihoods, particularly in rural areas. This climate variability generates season abnormality and droughts, which damage cropping systems, aggravate land degradation and cause water shortages. No wonder then that European policy observers, as well as scholars, have seen climate-change-induced droughts as a direct driver of violence in the region, leading to radicalization and pitting farmers and herders against one another for control of land. The EU climate-security nexus is yet another attempt to provide an explanation for soaring levels of violence in the Sahel.

However, in the case of the Sahel region, the picture is in reality more convoluted. A 2012 analysis in the Journal of Peace Research on climate-related land-use disputes in Mali over a two-decade period shows no correlation between climate and conflict. In other words, both in times of drought and rain, communities claimed the same levels of satisfaction and dissatisfaction with each other and blamed state incapacity for the failures. This is backed up by more recent research by the EU Institute for Security Studies which notes that the dominant narrative on the interrelations between climate change and conflicts “does not stand up to empirical scrutiny“ – at least in the Sahel.

More : The EU and Italy turn a blind eye to illegal fishing in West Africa

But there is more. The theory of the ‘paradox of plenty’ shows that scarcity of resources cannot directly be linked to conflict. The opposite is in fact true: more conflicts take place in times of relative abundance of resources, as competition for land intensifies. This phenomenon, also dubbed ‘the resource curse’, mainly refers to the presence of valuable natural resources (the literature mostly refers to oil in countries such as Nigeria), which are supposed to lead to economic development and wealth, but which instead generate conflict or much slower development. In the Kenya case, scholars have observed that “livestock raiding is more violent during wet seasons, when pasture and water are abundant and when the livestock is in good health”. In sum, as argued by International Crisis Group, what leads to disputes is not directly climate change nor desertification, but a lack of proper regulation over increasingly sought-after resources.

As such, wherever the EU and the Alliance Sahel provide development aid to counter the effects of climate change, they should bear in mind that their projects could end up producing the opposite effect by increasing the local land value, perversely leading to an increase in disputes. Take the work of the Opération de développement de l’élevage dans la région de Mopti (ODEM) in Central Mali as an example, which supported the construction of wells in a pastoral reserve. Rather than relieving tensions, the construction of wells only exacerbated them as it ultimately increased the value of land – a glaring example of counterproductive development aid.

To avoid such unintended effects, credible mediation and law-enforcement measures are key in guaranteeing the sustainability of EU-funded development and climate projects in the Sahel. In contrast, EU engagement based on context-insensitive assumptions about the climate-security nexus can easily turn into generic, one-size-fits-all responses to the region’s security challenges.

None of this means that climate change has no impact whatsoever on livelihoods in the Sahel. Some of the interviews we conducted in 2020 for a recent report of the Konrad-Adenauer-Foundation (KAS) point to climate change as a risk multiplier: the effects of climate change present an additional burden for already weak institutions and socio-ecological systems, further raising the risk of conflict. But this link is too tenuous to justify how prominently it currently features in European policy circles, and in political meetings between the EU and Sahelian governments. So how does the bias that sees climate and conflict as directly correlated take shape and how is it reinforced?

More : How the EU can improve its role in the Sahel

One interviewee from a donor country told us that the dominant climate-security nexus does not just depend on how obvious the link between the two appears to be, it also comes from the way we carry out research and diplomatic visits in conflict-affected regions - “as an outsider you often get the answers you are looking for. If we say we are coming to see what effects climate change has on conflict, then that’s what we are going to be shown”.

This also depends on a fundamental distortion in the way the EU dispenses foreign aid. In the words of a Nigerien NGO worker: “We have to constantly switch the buzzword in order to get work done, a while ago it was preventing violent extremism, then it was migration, now climate seems to have the upper hand”. The resulting shift in donor priorities means that it is difficult in the longer term to measure the impact of development and climate-related projects, which should be long-term endeavors. And, as a result, Sahelian governments, who - we should not forget - are not only highly corrupt, but also in some cases complicit in the abuses committed by their security forces, have a perfect opportunity to blame climate change for increasing levels of violence.

How, then, to reverse the trend? How should we rethink our climate-related projects? In our KAS-report on the European climate-security nexus, we argue that a shift in focus needs to take place with regard to the European security approach to the Sahel. Climate is a fundamental dimension of the crisis in the Sahel, and one whose effects we will see in the long term, but tackling the challenge using a security lens will be useless at best, harmful at worst. The same happens is true of development: tackling climate change through development programming, without credible governance and judicial systems in place, will only help worsen tensions.

Instead, local institutions must be placed at the center of European action. They are the sole possible guarantor of security in the Sahel, but also some of the most problematic interlocutors in the region, given the corruption and abuse they symbolize. The new European Strategy on the Sahel also chooses to adopt a more governance-focused approach, which would give more attention to problems with Sahelian governments. Secondly, the EU needs to become aware that tackling resource scarcity will not automatically ease tensions in the Sahel. Quite to the contrary, as noted above: climate adaptation can be counterproductive to stability if implemented in a wrong manner.

The EU’s new Climate Adaptation Strategy is a positive development in this regard, acknowledging that “[a]daptation strategies, programmes and projects should be designed in a conflict-sensitive way to avoid aggravating tensions“. This should be the guideline for the EU’s climate-development policy nexus, especially as climate adaptation takes center stage in EU-funded mega projects to re-green the Sahel - such as the Great Green Wall project, which recently received new funding of more than USD 14 billion by donors.

Importantly, conflict-sensitive climate adaptation policies start with a comprehensive analysis of subnational and local dynamics, as these vary widely across the region.  Due to the context specificity, finely graded evidence is required to improve and advance the measures for climate adaptation. Given their direct exposure to regional political and security dynamics, EU delegations in the Sahel have a key role to play in such analyses and evidence-based measures.

Finally, it is important for the EU not to give credence to uncertain causal links in regional insecurity. Instead, the focus should be on the primary drivers of conflict, such as the lack of local governance structures and judicial systems - since these structures are inevitable to guarantee any long-term stability. The climate-conflict nexus is not inevitable, but it is for policymakers to decide whether to inflame or alleviate it.

The authors wish to thank research assistants Selina Daugalies and Anne-Eléonore Deleersnyder for helping research and draft this piece.

You can unsubscribe at anytime *
Categories
Climate changeEnvironment, climate and scienceAlgeriaCameroonEritreaGambiaMaliMauritaniaNigerNigeriaSenegalSudan