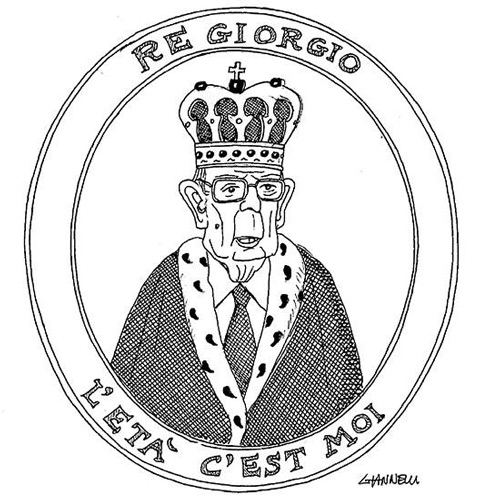 "King Giorgio. The age [The State, in the original Louis XIV quote], it is me"

Giorgio Napolitano was re-elected as President of the Republic on April 22. A first in Italy.
After three days of tense secret meetings between the parties, the electors remained unable to agree a successor and finished up deciding to re-elect Napolitano by 738 votes out of 1,007.

The politician, who will soon mark his 88th birthday, had repeatedly said they did not want to face another seven-year term. He has agreed to re-enlist as a result of the political crisis that continues to split the country, which has been without a government since the February 24 and 25 elections.