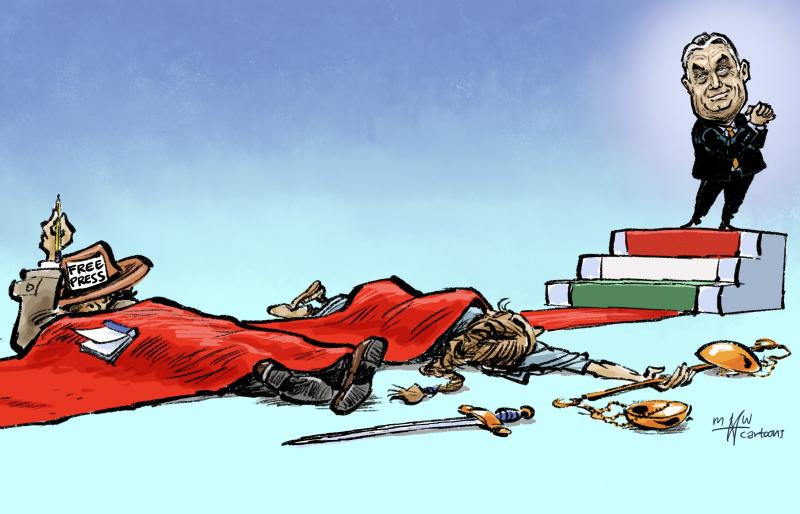 The Unstoppable Viktor Orbán. At least that’s the story the Hungarian parliamentary elections on 3 April seem to tell, with Fidesz winning 53.13 percent of the vote. This is the fourth victory in a row for Orbán’s ruling national-populist party. However, voting conditions were deemed "unfair" by OSCE observers. Of concern was "the pervasive overlapping” of government information and ruling coalition messages, “blurring the line between state and party”, as well as media bias and opaque campaign financing.

Orban faced a broad and unprecedented coalition joining factions from the left with a far-right party led by Péter Márki-Zay, an inexperienced conservative mayor. A close battle was expected, but Orban now holds a two-thirds majority in parliament.

This new show of strength comes after twelve years of rule which saw the Hungarian government firmly muzzle the press and take control of all the country's political and economic levers. In the end, neither authoritarian excesses nor Viktor Orbán's complacency towards Vladimir Putin were enough to undermine his public standing. As war rages in Ukraine, Orbán has managed to present himself as the guarantor of peace and stability in Hungary, while using measures raising the minimum wage and freezing prices to keep his popularity high.

You can unsubscribe at anytime *
Categories
Politics and democracySocietyHungary