Ideas Rise of the extreme right in France 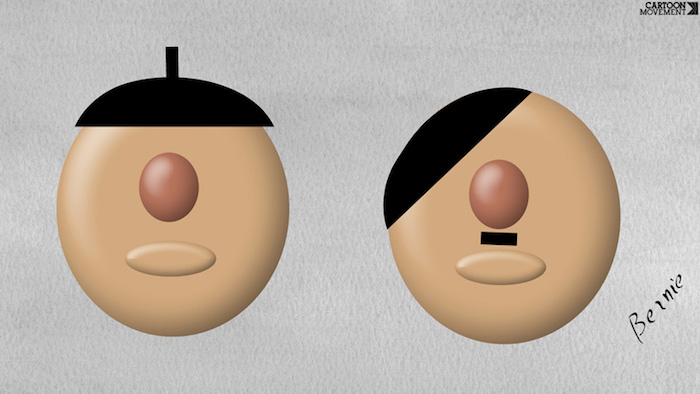 Ideas Rise of the extreme right in France

The success of Marine Le Pen’s Front National in the first round of the regional elections on 6 December is the latest episode in a phenomenon afflicting the entire continent. It requires democratic movements to respond with solidarity if we want to avoid the disintegration of the European Union, warns Bernard Guetta.

The result of the French regional elections is not restricted to France. It is European in scope, since France is far from alone in seeing a new party on the extreme right find itself on an equal footing with the once dominant parties of the left and right.

Not only are there parties similar to the Front National in almost all EU countries, but all have been developing at more or less the same pace in the same quarter of a century that separates us from the collapse of the Soviet bloc – and for the same reasons.

In twenty-five years, we have left behind a geopolitical equilibrium, founded on terror, that guaranteed a reassuring sense of stability. We have seen new powers emerge: their rise has, all of a sudden, done away with five centuries of western preeminence. And we have seen ever more bloody convulsions from an Islam seeking a new path after eight centuries of decline.

These three upheavals are still ongoing and they have fed ever-growing fear. In a world that has once more become dangerous, Europeans no longer feel protected because they have no common defence and because America’s protective shield is shrinking. European employees see their social security whither away: its permanence is no longer guaranteed since Capital is no longer prepared to grant labour the same concessions as during the Communist era. The transformation of emerging economies into the world’s factories has put considerable pressure on salaries by deindustrialising Europe.

There is therefore a logic behind the success of the new extreme right, which has presented itself as a defender of advantages won in an earlier era and calls for the closure of borders and the end of free exchange. As with the early days of Italian fascism and German national socialism, nationalism and social strife mix easily into the most explosive of cocktails. This return of nationalism itself feeds off a double rejection: against Islam, perceived as a broadly murderous region, and against European unity, increasingly seen as a Trojan horse for globalisation and the gravedigger of the nation states in which the post-war social compromises were negotiated.

If nothing stops them, these new forces will lead Europe to economic catastrophe. Resorting to protectionism will devastate European exports, while returning to national currencies will plunge EU countries into a suicidal monetary competition. Far from reducing, social problems will multiply, while rejecting Muslims as they are would soon lead to strife on a national and international scale.

European countries cannot let the extreme right hold them to ransom. There is a grave threat to address, but this can only happen if the right and left denounce, explicitly and earnestly, the madness of the extreme right’s agenda. They must unite – without merging – to oppose it by forming majority coalitions whenever the need arises, coalitions that two thirds of Europeans would hope to see.