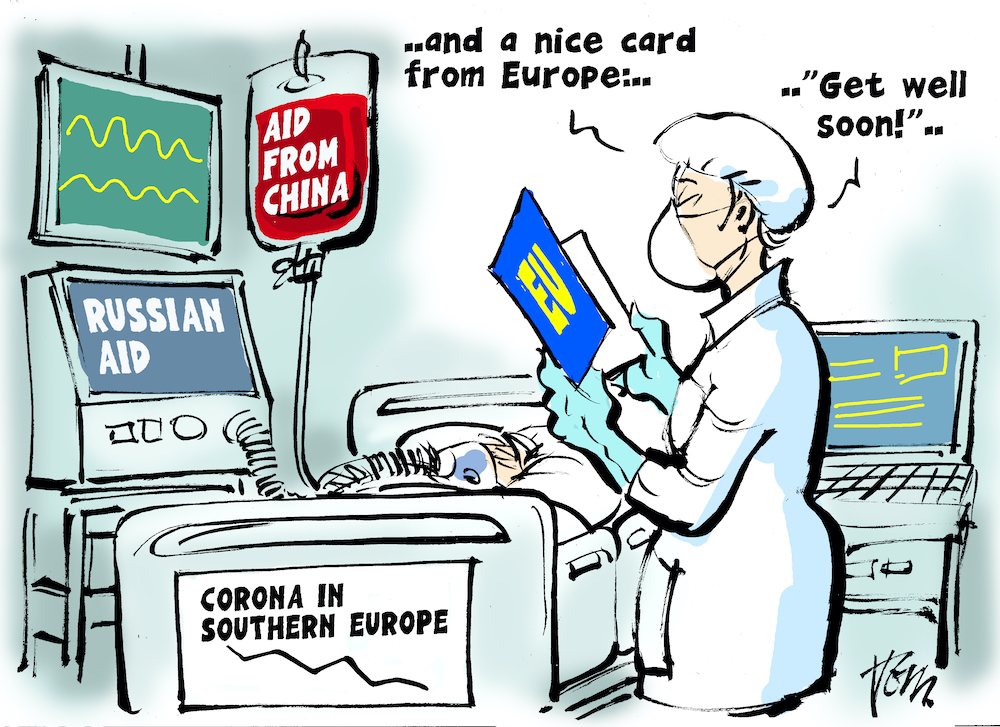 With more than 15,500 deaths so far, COVID-19 continues to ravage Europe, hitting Italy and Spain especially hard, but also Germany, France and now the United Kingdom. European countries are making piecemeal progress against the crisis.

During a virtual European council, EU leaders failed to agree on a proposal by several member states to create "coronabonds", European debt securities to finance the response to the epidemic, partly due to hostility from countries in northern Europe. However, the EU-27 have agreed to examine similar proposals from European finance ministers in the next two weeks.

Assistance between countries is provided on a case-by-case basis, such as between the Grand-Est region in France, northern Italy and Germany. However, coordinated European assistance is still lacking. In the meantime, China and Russia are sending masks, equipment and even doctors to help certain regions.