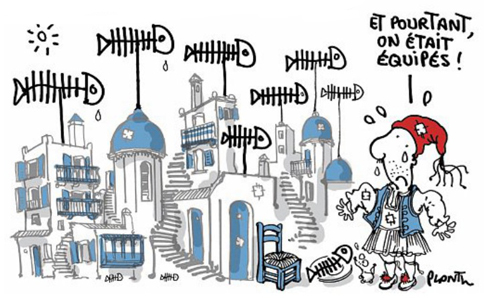 — It's not as though we weren't equipped!

On June 11, the Greek government announced a surprise decision to immediately close public TV and radio broadcaster ERT, which employs a staff of 2,656, and a plan to create a less costly structure in the coming months.
The decision, which has been deplored by conservative Prime Minister Antonis Samaras' coalition partners, prompted demonstrations in cities across the country, while unions called for a general strike on June 13. The European Broadcasting Union (EBU) has urged the Athens government to reconsider.