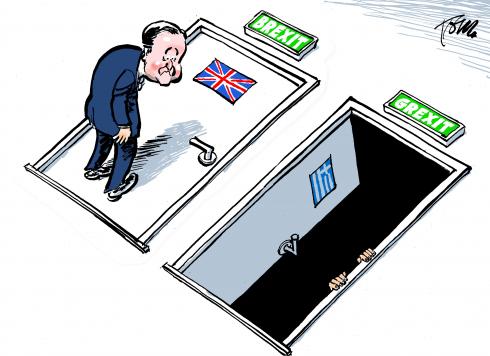 Eurozone Finance ministers left negotiations on 11 May without having reached an agreement on releasing the latest economic aid package to Greece. Athens confirmed it had settled a €750 million repayment to the IMF, while hinting about the possibility of a referendum on the measures contained within the next agreement. Such a referendum could lead to Greece's exit from the Eurozone, if the measures are rejected.

Meanwhile, in the UK, the freshly re-elected David Cameron is envisaging a long awaited referendum on his country's EU membership in 2016, The Guardian reveals.