Iceland
Prime minister Sigmundur Davíð Gunnlaugsson at his residency, in Reykjavik, on 5 April. 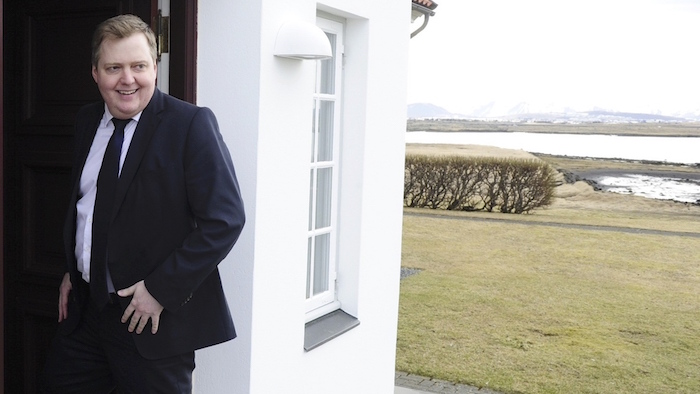 Prime minister Sigmundur Davíð Gunnlaugsson at his residency, in Reykjavik, on 5 April.

Iceland's Prime Minister Sigmundur Davíð Gunnlaugsson resigned on 5 April, in the wake of the release of the Panama papers. The investigation by the ICIJ on money laundering and tax evasion revealed Gunnlaugsson’s wife owns an offshore company based in the British Virgin Islands. The company “lost big in the 2008 crash and is claiming millions from the bankruptcy estates of the failed banks”, says Iceland Monitor. The website adds that “Gunnlaugsson has been accused of a major conflict of interest, inasmuch as he – as PM – was instrumental in striking a deal for the banks’ claimants while himself being closely related to one of them.”

Shortly after the publication of the Panama papers thousands of people showed up in front of the Parliament to demand Gunnlaugsson’s resignation. In a statement issued in English Gunnlaugsson says that he “suggests” Progressive party vice-chairman Sigurður Ingi Jóhannsson “take over the office of Prime Minister for an unspecified amount of time” and says he is still the head of the party. Gunnlaugsson also suggested to dissolve the Parliament, says Fréttablaðið, but neither president Ólafur Ragnar Grímsson nor Bjarni Benediktsson, the Finance Minister and head of the Independence Party (which is part of the ruling majority along with the Progressive party) agreed to do so.

A poll issued on 6 April by Morgunblaðið reveals that 43 percent of voters would vote for the Pirate Party, which would become the country’s leading movement (in 2013 general elections it scored 5.1 percent of votes). The Independence Party would follow with as many as half of the votes. The Progressive party would plummet to the fifth position, with less than 8 percent of votes (it scored 24.4 percent in 2013). After three days of demonstrations in Reykjavik, what Morgunblaðið has said to be “the biggest political protest in the history of the country has become

a warning for all political parties. A warning to respect public morality and the people’s democratic will. Icelanders are realising their power. A power that can guarantee a lasting democracy. It is our country and it is our duty to ensure that fundamental values are upheld, especially in the Parliament.