Ideas The EU and lobbying 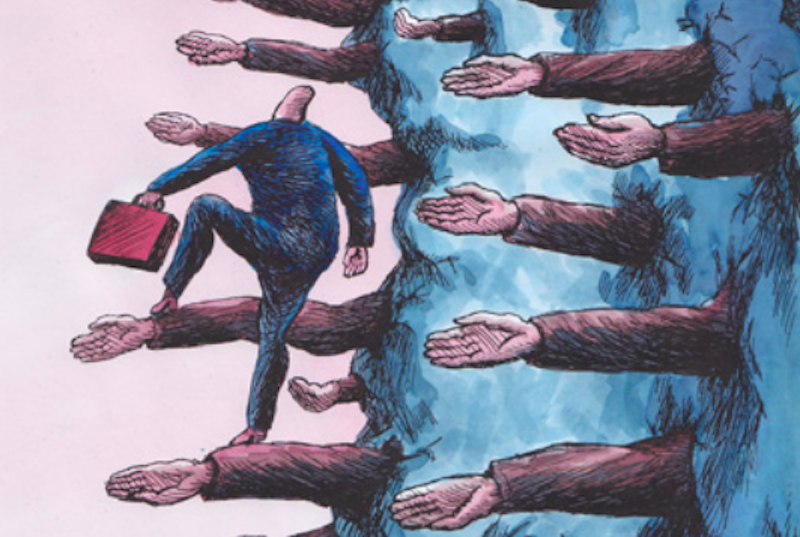 Ideas The EU and lobbying

While the influence of lobbies is constantly increasing in Europe, including during the current crisis, lobbying regulation is yet clearly insufficient. Building a new European Transparency Network could be a great project to create a new common policy, which could reinforce citizens’ trust in the institutions.

Let us take some figures illustrating this great influence: nowadays, there are about 25,000 lobbyists in Brussels (about 11,000 are officially registered) and about 1,5 billion euros is spent every years by lobbying actors. The European Council of Chemical Industry alone spends 11 millions euros a year for instance. Some lobbying companies (Fleishman-Hillard, FTI Consulting, Burson-Masteller…) also appear among the companies that spend the most, in terms of lobbying. This over-representation is often criticised by many actors. Furthermore, a 2013 survey by EU citizens showed that ‘78% of French citizens thought that lobbying has too much influence on the European institutions’.

Faced with the power of interest representatives, the European institutions have progressively adopted specific rules in lobbying regulation. For instance, the first political measures was only taken in 1992, when the European Parliament adopted its Transparency Register. In 2014, a big step was taken with the new Juncker commission: a set of rules reinforcing transparency was adopted. Today, all the commissioners, their cabinet members and all the General Directors have to publish their meetings with lobbyists. In addition, all the commissioners should respect a new Code of conduct adopted in February 2018

Finally, in 2019, the European Parliament distinguished himself by setting up a compulsory “legislative footprint” for Legislative Rapporteurs, allowing citizens to see who is influencing the European legislation.

However, there are still some problematic issues:

Furthermore, negotiations to make mandatory the Transparency Register are currently down, whilst sanctions are not sufficiently dissuasive.

Secondly, although the European register tracks direct influence (contacts between lobbyists and policy-makers, registration of Interest Representatives…) it is not the case for indirect influence. As a result, many firms underestimate their spending in the European register, by excluding some expenses, like organising a conference or advertising campaigns. In addition, the Independent Ethical Committee, which can formulate advices, is still part of the European Commission and does not have a real power of sanction.

Thirdly, the potential for improvement is real: only a third of OECD countries have established restrictions that ban the ‘revolving-doors’ practice and more globally only 40 percent of them have adopted tight rules about lobbying practices. To address these national disparities, a European approach could be relevant. European rules appear more developed than national ones, and should be still reinforced, within a new European transparency network.

A European Transparency Network and Authority could be a great solution

Beyond a European harmonisation of transparency rules, better cooperation between member states should be fostered, in order to cross-check national and European informations. If a common agreement was reached between the governments and the European institutions, it would be essential to engrave all the transparency rules into the Treaty on the Functioning of the European Union, and it would be interesting to work on building a European transparency network. We think it will be essential to reinforce influence and the power of sanction to face to big companies.

Nevertheless, we believe a better European coordination would be relevant on this subject. That is why the current ‘Transparency movement’ in Europe should be more centralised and harmonised, while taking into account national particularities, like an OCDE report highlighted it in 2012.

Also, the first priority should be to harmonise Transparency policies between European institutions and also between member states. We believe the creation of a European Transparency Authority, which will harmonise and supervise all the current initiatives leaded by the European Institutions will be a major step. This new Institution might assess the outcomes of the regulation, propose new measures and, last but not least, have a power of sanction. Particularly, this new institution could adopt a common definition of lobbyism and lobbyists, and establish common procedures of registering within all the European Institutions.

In addition, the interest of sharing experiences, crossing informations and promoting a culture of transparency has already been proven by the ‘Network for Transparency’. It would therefore be easier to set common principles between European countries, and impose them ‘big sister’ watching over them, following the exemple of the European System of Central Banks or Europol. This new institution will incorporate the Authority for European Political Parties, the European Political Foundations and some of the prerogatives of the European Ombudsman.

To conclude, we could imagine that the European Union enshrines into its Functioning Treaty many restrictive rules, particularly inspired by the 10 recommendations of the OECD. However, all these ideas will require a European consensus, in order to be effectively implemented: let us wager the new European Commission will be able to impose it. An official conference gathering lobbyists and Government representatives could be a first step to listen to their self-regulation proposals.