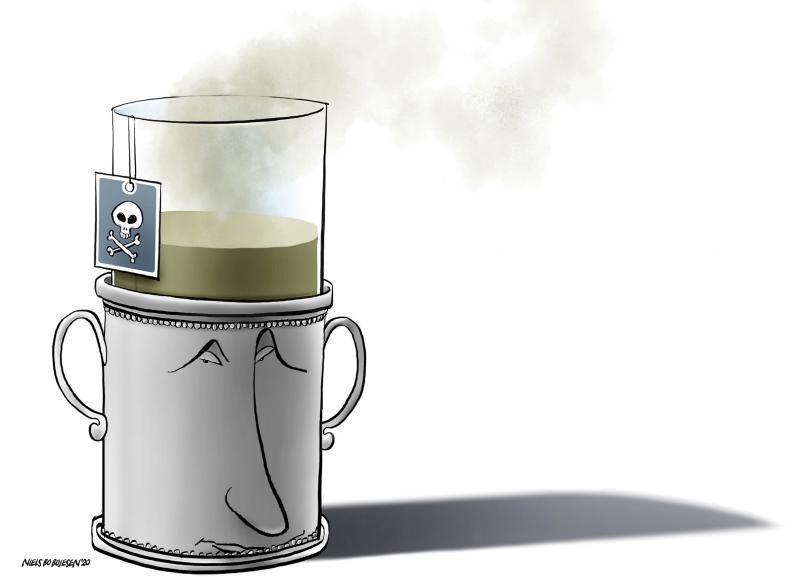 Navalny, Putin, tensions with Europe: “We need a change of power”

Since the recent nationwide vote on a set of constitutional amendments, Russia has had to live with the prospect of the 'eternal Putin'. We asked four young Russians what they think about the President’s 'reset', the Navalny case and the relationship with Europe.

“Exactly a month has passed since they tried to kill me with a chemical weapon,” Alexei Navalny said in his first blog post since emerging from a coma. Two independent laboratories in France and Sweden and the Bundeswehr specialised laboratory confirmed the presence of Novichok, a military nerve agent, “in and on my body,” he wrote, referring to a German military lab.

Moscow rejects all accusations and has still not opened a full-fledged investigation, despite the fact that the 30 days allotted by law for the 'pre-investigation inquiry' have expired.

Navalny was in a coma for 19 days. During this time, two videos shot in Siberia shortly before he fell unconscious were seen around 8.4 million times on YouTube. In the videos, some local political allies of President Vladimir Putin were accused of corruption.

These kinds of accusations are nothing new for the chief of the Kremlin and his entourage. What is new, however, is that since July, Russia has had to live with the prospect of an 'eternal Putin'. After the adoption of the constitutional amendments, this option was formalised.

Will the latest developments lead people, especially the younger generation, into total political apathy? Or will they look for ways to end this Sleeping Beauty slumber?

According to the Youth Study Russia 2020 published by the Friedrich Ebert Foundation, just under 60% of all Russians aged 14 to 29 who were surveyed are not or hardly interested in politics at all, only 26% trust the government, while 42% trust the President.

Voxeurop spoke to young people in Russia about their attitude to Putin's 'reset to zero' policy, the case of Alexei Navalny and Europe.

German Nechaev, 23, studies political science at the Institute for Asian and African Studies in Moscow and works as an editor at the student magazine DOXA.

“Alexei Navalny was poisoned, at least that is my feeling. But to judge who caused this and what advantage he saw in it is pure speculation. No matter how this story ends (and I hope it ends well for Alexei): he involuntarily became a symbol of the democratic protest in Russia. If we assume that the goal was to decapitate the protest and not to allow what is now happening in Belarus to happen in Russia, then I believe that the exact opposite will happen.

I personally exercised my right to vote and voted against the constitutional amendments. The country is becoming increasingly authoritarian, I do not trust the authorities or the President. The people who govern in our country are party officials trained in the Soviet era. They are committed to eliminating all options and to ensuring that no alternatives to Putin are conceivable. There has been little news coverage of the resetting of Putin's term counter to zero. Everywhere there was just talk of rising pensions and better animal welfare.

At first, the opposition had no clear picture. Then came this important change. It was called the 'granma provision' because it was proposed by Valentina Tereshkova, the 83-year-old former Soviet cosmonaut. As a member of the Kremlin party, she proposed a constitutional amendment that would allow Putin two more terms in office. After this turning point, it became clear to the people and the opposition: all other proposed amendments were just a cover-up, this whole procedure had only one goal. At the same time, the coronavirus crisis made it more difficult for the opposition to get people to vote, as this could put their health at risk.

I am not sure that the West understands the political processes taking place in Russia. The sanctions are not leading to the expected consequences. If their aim was to weaken the regime, they are not working because people's attitude towards the President, it seems, has only improved.

It is a very abstract question whether Russia should follow the path of China or Europe in its development. Moscow must put its own interests first. Culturally, Russia is closer to Europe, but there are regions where life is completely different. Buddhists who live there, for example, have more in common with like-minded people from China, Nepal or India than with Christians from Germany or Moscow.

Do I personally feel threatened in Russia? During a protest in July 2019 [in Moscow against the exclusion of opposition candidates from the local elections] I got off the underground at the wrong time and ended up in a police van. The court sentenced me to a fine. My personal safety could indeed be endangered if the police had real reasons to take action next time. I may have to leave Russia at some point. Even if I do not like what is happening in the country at the moment, I hope for a better future.”

Kristina Bykova, 28, studied humanistic computer science in Tomsk (Siberia). She is a lecturer at the "School of Unboring report" and teaches science.

“I am not yet allowed to vote in Russia. Six years ago I moved from Kazakhstan to Tomsk. My husband lives here. Now I am in the process of obtaining Russian citizenship.

I find it difficult to see the constitutional changes in a neutral light. I personally reject them. Many experts say that we have seen one of the largest election rigging ever seen. You could see voters voting on their farms or in a bank where there are no observers. The process lasted a whole week. And nobody checked on what happened in the polling stations at night.

Relations between Russia and the West are now tense. I would like them to become more friendly. If people here would travel more and go to Europe, they would see that nothing terrible is happening there, contrary to what the state propaganda shows. The problem is that many people live on less than 15,000 roubles a month (€167). Above all, we must improve the quality of life in the country.

My trust in President Putin has been undermined a long time ago anyway. He said once in an interview that he would not make any constitutional changes. I don't like it when politicians change their minds. Now the poisoning of Alexei Navalny. That is monstrous, but also significant. Everyone understands what happened, but there is nothing we can do about it. I think we need a change of power.

I am interested in politics and can imagine a political career. Once I have Russian citizenship, I can run for deputy at the next meeting of the regional Duma. But for now, here in Tomsk, I want to continue my efforts to make scientific thinking more popular, so that people are less susceptible to conspiracy theories. I want to give lectures, organise festivals and fight for women's rights. I see my future exclusively in Russia. I do not want to go anywhere else.”

Yevgeniya, 22, studied International Economics at the Moscow State Institute for International Relations and currently works at Bayer as a multi-channel manager. She comes from Lipetsk, in Southern Russia.

“I don't want to judge Navalny's situation too quickly. On the one hand, poisoning an opposition member cannot be profitable for forces close to the government, because it will obviously lead to new sanctions and worsen Russia's reputation on the world stage. On the other hand, on 13 September, regional elections were held in many places in Russia, and the Navalny team had worked hard to gain a majority in these regions.

I was born in 1998, when Vladimir Putin started his career in politics. His first two terms in office were quite good. The man has really done a lot for the country. The national debt was paid off. But since the official musical chair, in which Dmitry Medvedev and Putin swapped offices so that the latter was allowed to run again for President, nothing has really changed.

I really thought that Putin would act more delicate, more cautious, in such a comprehensive reform. But now it has been decided and makes us all look like idiots. Another 16 years of Putin feels like a life sentence on probation.

I consider a partnership with the West impossible as long as the Crimean question [Russia annexed the peninsula from Ukraine in 2014] is not resolved. Russia will not capitulate and will have to wait until this is accepted.

I see only one scenario for me – I must become economically independent, like the billionaire Sergei Galitsky. He made it and then started to invest a lot of money in his hometown. I would like to help Lipezk too. I still look at the world through rose-tinted glasses, I am naive, but I believe it is possible. I saw a video project about new Russian entrepreneurs who live honestly. They pay all taxes, make everything transparent. Ideally, I would concentrate on the restaurant business.”

Viktor, 28, studied electrical power engineering at the Ural State Technical University in Ekaterinburg and is currently working as an engineer with high-tech equipment.

"The Navalny case was really upsetting. Conflicting statements and hypotheses are heard everywhere. Until the investigation is completed, I don't want to give an opinion. Of course I trust the competence of the German doctors for Navalny’s rehabilitation.

I didn't go to vote myself. Firstly, because most of the amendments were already covered by federal laws, so there was no need to include them in the Constitution. Secondly, because I do not agree with the format. A vote has to be classic: one day and under the supervision of district electoral commissions, observers and the press. How am I supposed to cast my vote with full conviction when others vote unobserved in boots and maybe even on tree stumps? It has also been suggested that we vote for the changes as a package as if this were a menu of the day. And what if I want a salad but don't need soup?

Because of the pandemic, many people in our city were unemployed for long periods of time. Shopping malls were closed. No substantial support was provided. If people have nothing to eat, the political agenda cannot find real acceptance.

Although I am dissatisfied with the voting process, it is difficult not to trust the President. He was legitimately elected, and is much more popular than the parties and members of Parliament. Putin is a famous man. But his work could be more effective in some aspects - especially in business.

The West has always been a partner for Russia. Especially with Germany, we have close relations, starting with Siemens in the late 19th century. But the sanctions are now making things a little more difficult economically.