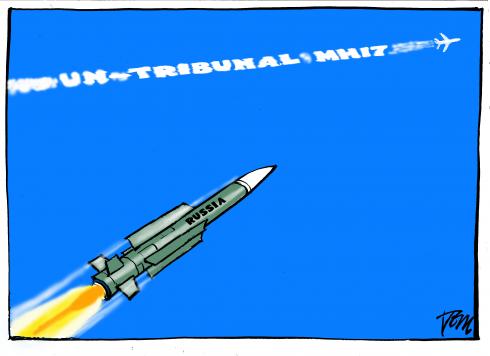 One year after a Malaysian Airlines Boeing was shot down over eastern Ukraine, leading to the deaths of 298 passengers, the truth about the catastrophe seems further away than ever. The government of the Netherlands, the home country of most of the passengers, along with the Malaysian, Australian and Belgian governments, has requested the creation of an international tribunal to throw some light on the affair.

The UN Security Council is due to vote on the initiative on 27 July, but it is likely that Russia will use its veto: Russian president Vladimir Putin has in fact told Dutch prime minister Mark Rutte that the initiative would be "premature and counterproductive". The international enquiry underway, led by the Netherlands, suggests that the plane was shot down by a surface-to-air missile fired from a village controlled by pro-Russian rebels. Moscow lays the blame with Ukraine.