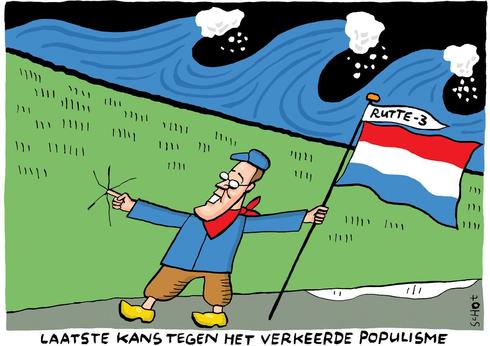 "Last chance against the bad populism"

209 days after the general elections took place – a record since World War II – incumbent Prime minister Mark Rutte announced his new government's programme, the third he is in charge of. Talks were extremely long because of the Parliament's fragmentation.

Four parties – Rutte's own VVD (liberals), D66 (centrists), the Christian-democrats and the Christian Union (evangelicals) – form the new coalition. Geert Wilders' populist PVV, the country's second party after 16 March election, was excluded from the talks from the beginning.

You can unsubscribe at anytime *
Categories
Politics and democracyNetherlandsNetherlands