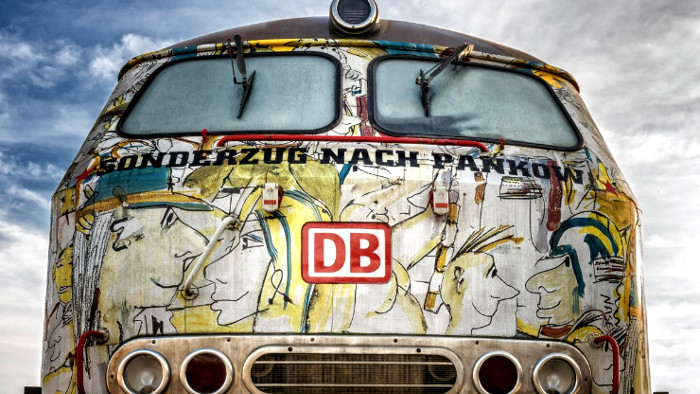 Where in Europe is taking the train fast and affordable, and where is it not? The European Data Journalism Network has gathered data on train journeys from 28 booking websites across Europe, collecting more than 8,000 single journey ticket prices and travel times for 73 sample routes.

If you live in a place where it’s fairly easy for you to reach a train, transportation researchers say that two of the largest barriers that keep you from taking it are ticket cost and travel time. Taking the train may simply be too expensive and too slow, compared to other modes of transport. In April this year, wee collected 8,000 single journey ticket prices and travel times for 73 routes in the European Union Member states with a railway, plus Switzerland and Norway, in an attempt to analyse where trains are fast and tickets affordable, and where they aren’t.

The train is faster than the car in 34 out of the 73 routes we’ve collected data on. Generally, the train out-performs the car when you travel longer distances, with only a few exceptions, while the car often wins over shorter distances.

When it comes to affordability, tickets in some countries tend to be a lot more expensive than in others, if adjusted for citizens’ median net wages. Tickets are, perhaps paradoxically, often more expensive in countries with lower incomes than in countries with higher incomes. There are of course exceptions. The tickets for the routes we’ve collected for Germany are, for example, comparably expensive.

To travel between Madrid and Barcelona will set you back about 7 percent of a median Spanish net income. But the trains between Madrid and Barcelona are very fast and you’ll save 3 hours by taking the train rather than car. Contrast that with people in Romania travelling from Bucharest to Timisoara. They’ll pay slightly more for a ticket, but instead of gaining time they will actually lose 2 hours compared to travelling by car.

How we collected the data

We decided to collect data on the same 73 sample routes that were used as a basis for a European Commission study on train prices across Europe in 2016.

Two times in April 2019, we collected train ticket data for journeys 1 day, 1 week and 1 month in advance. We used national booking websites and only allowed for direct trains and no night trains. When possible, we only collected tickets for the dominant carrier in a country. The prices collected were the cheapest available, not including senior or student discounts etc.

Median ticket prices were calculated as a percentage of median disposable income for each country to calculate affordability. Data for net incomes was retrieved from the Eurostat SILC survey for 2018 and is defined as “the total income of a household that is available for spending or saving, divided by the number of household members converted into equivalised adults”. It can be found here. Car travel time and route distance was estimated using Google Maps. Travel time for train is the total time on the ticket and may for some routes include one or more stops.