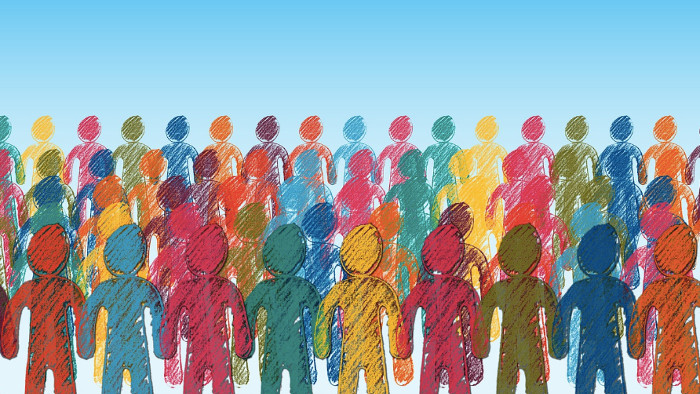 Supporting civil society not only with words

The European Parliament has voted in favour of adopting the European Values Instrument, which provides financial support to civil society.

During its plenary session on Tuesday, April 17th, the European Parliament discussed a motion to introduce in the 2020 European budget a measure to financially support civil society organisations in Europe. The debate was introduced and concluded by the Commissioner for Justice, Consumers and Gender Equality, Věra Jourová.

The proposal was finalised by the Committee for Civil Liberties, Justice and Home Affairs, and was driven, according to its members, by the need to respond to a feeling of growing disillusionment among civil society activists, witnessed in many EU member states in recent years. In April last year, on the request of the European Parliament, EU institutions produced a study on the shrinking space for civil society and the possible responses from the EU, among which were measures to provide financial support.

Some reports from the European Union Agency For Fundamental Rights have also shown evidence for a growing climate of negativity among civil society activists. On one side - emphasised in these reports - the migrant crisis provoked hostility from European citizens towards NGOs involved with migrant and asylum seeker rights; on the other side, in various member states, controls have been introduced, and sanctions aiming to gradually shrink the space for civil society activities.

In the same reports, there is emphasis on how a similarly restrictive dynamic is also emerging in the fields of information pluralism and media freedom, with various levels of seriousness, the most grave being the murder of investigative journalists such as Daphne Caruana Galizia in Malta, and Jan Kuciak in Slovakia: a phenomenon which until recent years seemed confined to regions far from the heart of the continent.

Over the course of the plenary discussion various MEPs recalled how civil society has served to counterbalance, supervise - and at times oppose - governments. As such, it is essential for democracy, and defending such activities signifies the defence of democracy itself. Supporting this position, Austrian social-democrat Josef Weidenholzer recalled that in totalitarian regimes the state - monopolised by the party - dominated society and suffocated personal expression. Now, in his view, it is once again necessary to monitor this relationship, since it is starting to show worrying signs of imbalance, because civil society is not seen as something in contrast to the political sphere, but rather as an important interlocutor, which at times can cause discomfort but which, precisely for this reason, helps politics maintain a healthy contact with reality.

The reports from the European Union Agency For Fundamental Rights, in which the growing tendency to stigmatise human rights defenders is noted, were also cited by the British Green MEP Jean Lambert, who argued that the Instrument would strengthen the EU’s ability to avoid double standards when it comes to its treaties on rights.

Not all parliamentarians supported this point of view. Contrary opinions focused on the suggestion that this was an ideological measure and a form of cultural hegemony, contrary to the European spirit of pluralism and respect for diversity. Supporting this thesis was the Belgian MEP Gerolf Annemans, from the Europe of Nations and Freedom group, who argued that such an instrument would represent undue interference by the EU in the affairs of member states, and a means of supporting political opponents of governments unpopular with Brussels. He cited the case of Hungary, and the criticisms made against it by the Helsinki Committee with regard to immigration policy, with its request that the Geneva convention be respected. Annemans sided with the Hungarian government, arguing that it was nothing but a manoeuvre put to work by Soros, who finances those opposing the policies of Orban and his party, Fidesz.

Speaking in support of this position, from the same political group, the Austrian Harald Vilimsky cited Poland and Hungary as historic and proud members of the European community, whose differing views from those of Brussels should be respected, not attacked from a distance of thousands of kilometres to impose a different mode of thinking and behaving. The other argument against the motion focused at the use of funds, which come from European taxpayers: the conservative MEP Ruža Tomašić noted that assigning government funds to non-governmental organisations would dilute their purpose, and would be counterproductive with respect to public faith in the operation of such organisations.

The Spanish liberal-democrat MEP Beatriz Becerra Basterrechea argued that the policies of Vladimir Putin represent a threat to freedom of information, and offered ironic thanks to the Russian president for having forced European institutions to turn their focus on press freedom and freedom of information in Europe. Sincere thanks, on the other hand, went to civil society movements and the EU for taking seriously the imminent threat to security and democracy in Europe. The Romanian social-democrat Maria Grapini also recognised the context of competing spheres of influence, from which the EU should not remove itself. Precisely because at the EU’s eastern borders other actors are prepared to intervene and support actors favorable to their interests, it is the duty of the EU in her view to provide instruments to defend the democratic values on which it is founded.

On Thursday, 19th of April, during the plenary session at Strasbourg, the European Parliament approved the adoption of the European Values instrument, with 489 votes in favour, 137 against, and 14 abstentions. As set out by the legislative procedure of co-decision, since this motion will form an integral part of the community’s legislation it is now necessary for it to receive approval from the European Council and the European Commission.

With this proposal it is deemed the task of the community’s institutions to actively promote the fundamental principles of the European Union, supporting the presence and activities of civil society organisations. The founding values of the European project, democracy, liberty, rule of law, peace, fairness and respect for diversity, are firmly established by the Treaties, and as such necessitate direct protection.

On OBCT, an edu-kit is available to foster understanding of the organisation and powers of the European Parliament; the composition of its political groups, the structure of its parliamentary committees and their involvement with other institutions in the decision process, and its commitment to combat discrimination. Additionally, a quiz is available to consolidate this knowledge.