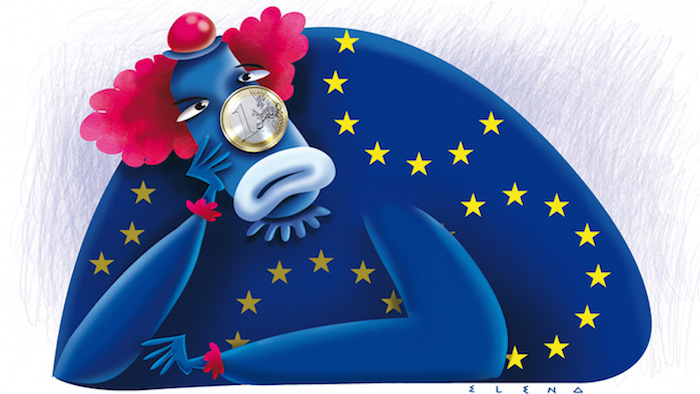 ‘The greatest threat to Europe is its inertia, apathy and general relativism’

In an interview with German magazine Der Spiegel, Slavoj Žižek, the Slovenian philosopher and outspoken leftist, blames Europe’s inertia for many of the continent’s woes.

He says he is no fool: “I am a communist for lack of something better, out of despair over the situation in Europe.” For him, Europe’s crisis is not only a question of endorsing or not capitalism, but one that goes to the core of Western democracy. There is, though, “no way back to communism”.

For Žižek, the four main challenges of the globalised capitalist system are climate change, the clear consequences of biogenetic research, the absent self-regulation of the financial markets and the rising number of outcast people. For him, only a “renewed Left can save the central values of the liberal democracy”. If the left misses this chance, the danger of a new fascism, or of a new authoritarianism, is growing.

But for Žižek, the response to religious fundamentalism, right-wing populism and nationalism is not more inclusion and tolerance, but a new dominant culture which also sets boundaries. Such “guiding culture” in Europe would be the universality of Enlightenment. He says that there is a point beyond which cultural coexistence is no longer possible.

“The greatest threat to Europe is its inertia, its retreat into a culture of apathy and general relativism,” he says, hinting at Europe’s sentiment of guilt that produces multicultural tolerance. For him, “it creates an explosive problem when two ethnic or religious groups live together in close vicinity but have irreconcilable ways of life and therefore perceive critique of their religion or way of life as an attack on their identity.”

But Žižek defends Europe and describes himself as “Eurocentric leftist” —

I am convinced that we need Europe more than ever. Imagine a world without Europe: two poles would be left. On one hand, the United States with its brutal neo-liberalism; on the other side, the so-called Asian capitalism with its authoritarian political structures. In the middle, there is Putin’s Russia with a will to expand. We would lose the most valuable part of the European legacy, in which democracy compromises freedom of collective action, without which equality and fairness would not be possible.