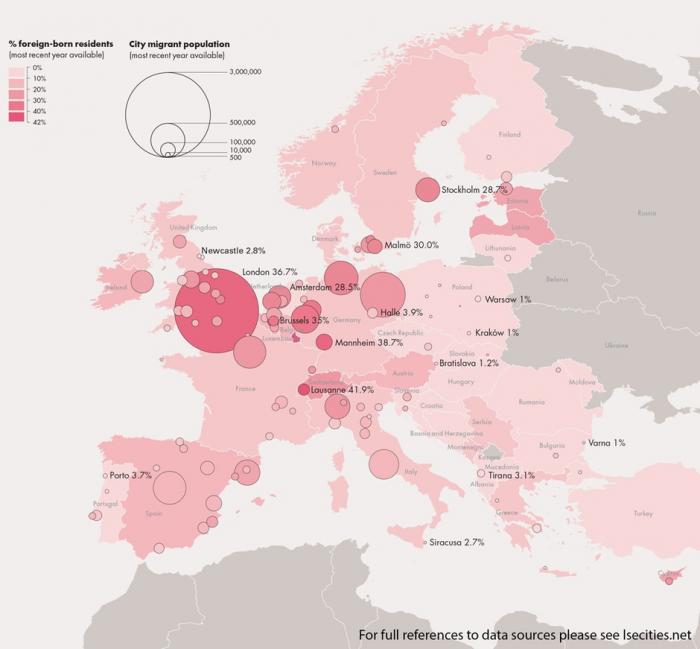 With the exception of special cases like Luxembourg, in the majority of European countries the percentage of people born in a foreign country is less than 20% of the total population. As well as showing the proportion of the foreign-born population in each country, this map shows the percentage of immigrants in selected major European cities. Unlike many other studies on immigration, in this case no difference is made between immigration from within and from outside the EU.

The percentage of immigrants in cities tends to be greater than the national average, in particular in central and northern Europe. In absolute terms, London is by far the most cosmopolitan European city: more than one third of its inhabitants – almost three million people – were born in a country other than the UK. In relative terms, among the cities considered here, Lausanne has the highest proportion of immigrants: 42% of the population.

This map was published by The Atlantic, which drew on a study carried out by LSE Cities, the research centre on urban phenomena at the London School of Economics.